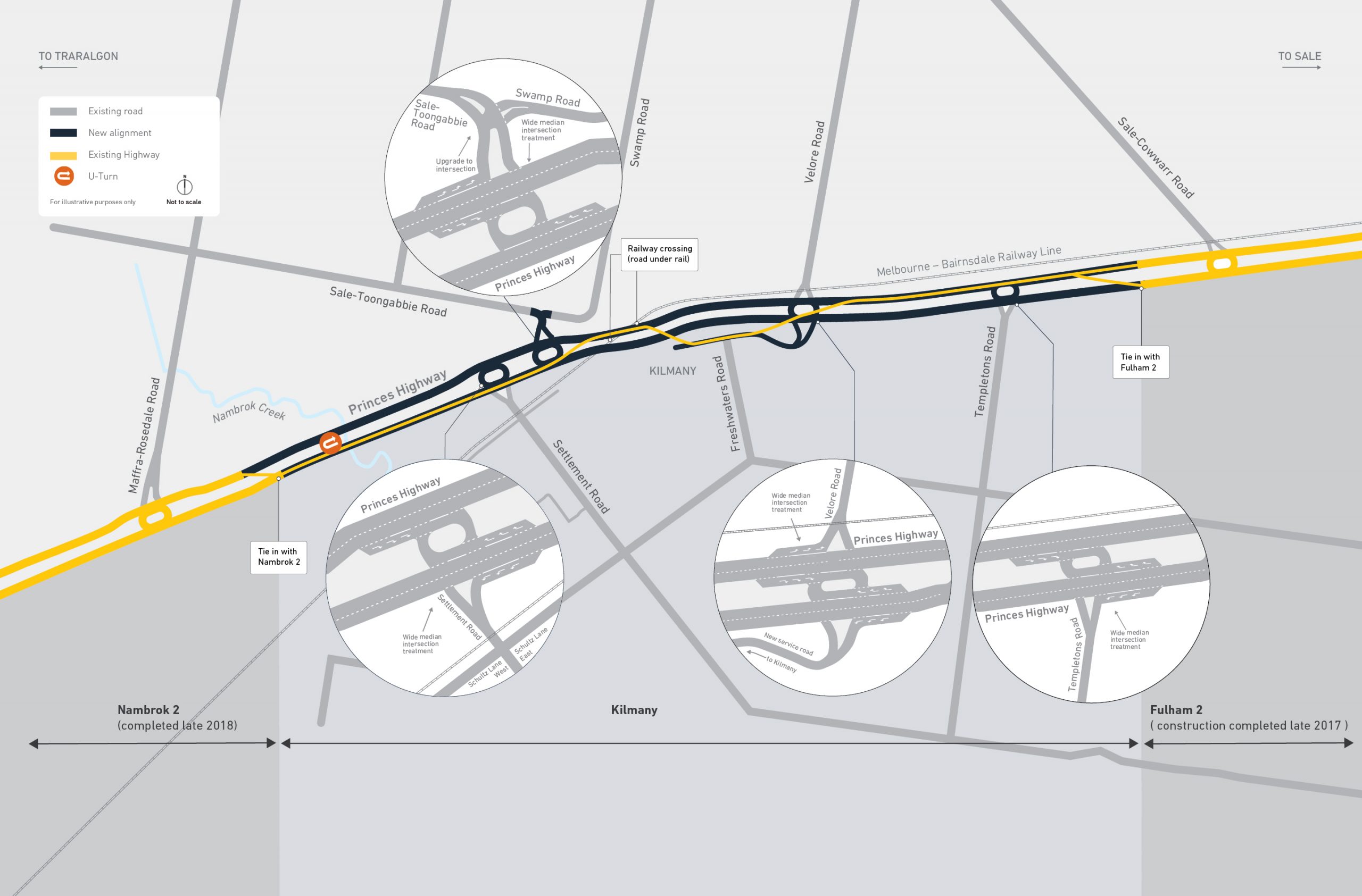 DUPLICATION of the final two stages of the Princes Highway between Traralgon and Sale still has not begun, more than eight months after funding was confirmed by the federal and state governments.

Gippsland South MLA Danny O’Brien said he had been approached by frustrated constituents who were now beginning to query whether the project would ever happen.

“This is an important project for central and east Gippsland and we’ve been in a long fight to get the funding,” Mr O’Brien said.

“When the $253 million final commitment was made by the federal and state governments last year, with … the commonwealth covering 80 per cent of the cost, we were all relieved.

“However despite Road Projects Victoria stating that pre-construction activities were already complete, here we are and we still have no action on the ground.”

Mr O’Brien said he had raised the issue with Transport Infrastructure Minister Jacinta Allan, seeking an assurance that construction would start very soon.

“Unfortunately, the best the minister could do was to say that she ‘looked forward’ to an announcement soon on when the project would commence,” he said.

“We’ve waited too long for this project as it is because the Andrews government failed to fund it for three years, and we want to see the work underway.

“I know there are many local contractors who are interested in the job and are anxious to get started.

“I hope the minister’s promise that the project will commence in the “near future” is actually very soon.”

The final two stages are Flynn, east of Sheepwash Creek Rd to west of Flynn’s Creek Rd; and Kilmany, east of Maffra-Rosedale Rd Nambrok to west of Sale-Cowwarr Rd, Fulham.

The office of Jacinta Allan was approached for comment on Tuesday, but none was forthcoming.