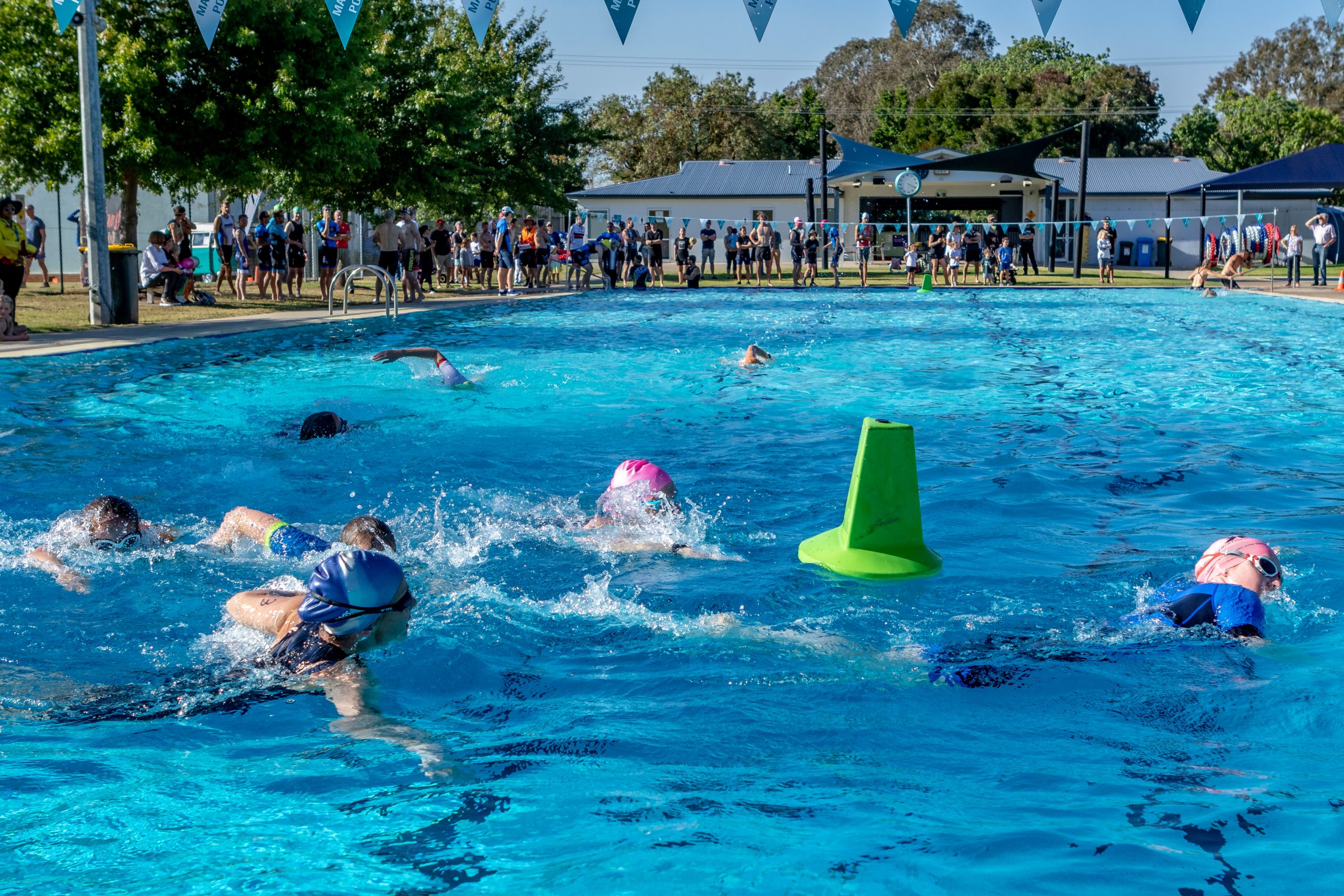 A HEAVY fog enveloped the Maffra Lawn Tennis Club as organisers arrived to set up for the second Maffra Triathlon on Sunday.

Fortunately, the fog soon lifted and presented glorious sunny conditions for athletes as they began checking in and warming up for the races.

More than 200 eager participants were joined by just as many spectators and volunteers.

Entertainment from Wacky Wombat Circus and DJ Nige got the crowd smiling and laughing throughout the day.

In the senior events there were a few familiar faces on the winner’s sheet.

A large field stepped up to the challenge in the team triple triathlon.

The Eight Lives team of Jenna White, Nicola Fenner and Tracey Harper repeated its success in the women’s event, while in the men’s, the Rawlings and Gilhooley families combined to take out the win.

The fastest team of teenagers was Daniel Neaves, Chris Dwyer and Luke Dwyer, with Ruth Hodge and Lee Anderson the best mixed team.

The fastest family was The Whitties, comprising Stella, Mia and Simon Whitford.

In the solo categories, a stellar field of more than 30 high quality triathletes battled it out.

Alex Keith from Bairnsdale won the female division, and was only just pipped in the open division by Toby Smith. Hot on their tails was Sale superstar Kai McDonald, who seems to be getting faster by the day.

Ninety children took part in the junior categories, completing the modified kids’ courses. The next generation of triathletes will be a force to be reckoned with if Sunday’s performances are a guide for the future.