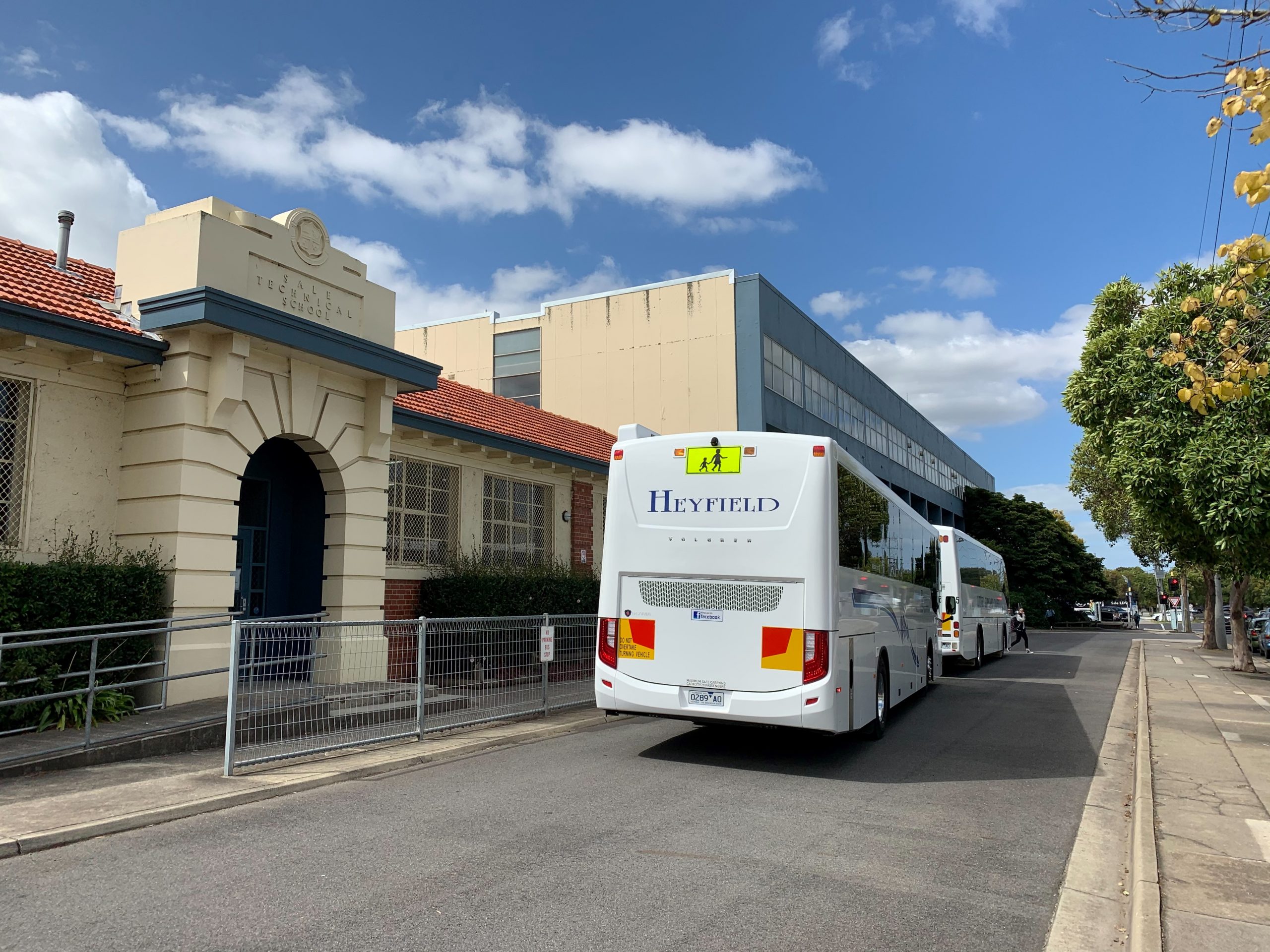 LOCAL bus companies say the proposed expanded use of school buses in regional Victoria could fill the gap in regional transport needs, but has potential risks that must be carefully considered.

The Legislative Council’s Economy and Infrastructure Committee is looking at whether the wider public should have access to school buses, so they have more opportunity to travel.

Committee chair Enver Erdogan said the inquiry would look at the transport disadvantages experienced by rural and regional Victorians, particularly youth, the elderly and low-income households.

While bus companies that service the Wellington Shire have not rejected the idea of allowing adults to travel with school children, most have called for a cautious approach.

The owner of one of the shire’s main school bus service providers, Matt Wynne of Wynne’s Coaches, said it was good to have a “healthy discussion” about expanding the use of school buses, as long as all stakeholders were listened to.

“I think it has the potential to work and to be a solution for buses that are under-utilised, but to be honest, I don’t really have a position either way because I think there are positives and negatives,” he said.

“I have seen adult behaviour on buses that I wouldn’t want to see on school buses, but if it is managed well it could fill a gap in regional transport needs.

“Perhaps it could work with demand-responsive transport and other transport apps that aim to coordinate services, or in collaboration with industries so work start times coincide with school bus times – there are a range of potentially positive outcomes.

“I guess anything is possible, but this has to be given careful consideration – and there has to be more discussion with everyone involved.”

The owner of another local school bus service provider said the issue was a “sensitive one” and bus contractors had to be careful not to contradict the Department of Transport.

“I certainly don’t want my name to go on record, but there are pros and cons to be considered in this issue, and I would like to see more input from bus operators and drivers,” he said.

“In some out-of-the-way places, I can see that parents who need to go into town would get some use out of this, but do we want people who have been sitting in the pub all day getting on a bus to go home?

“Ultimately, this is a tax-payer funded service, so it has to be considered, but there also has to be consideration of whether parents would want this, and whether it might cause a drop in kids using the buses, which would defeat the purpose.

“I’d like to think we (bus companies) will be more involved in the discussion before they go any further with this.”

The Bus Association of Victoria has long pushed for shared bus use for Victoria’s mainstream school bus network, which it says has been “an exclusionary network” since its formalisation in 1944.

Executive director Dr Chris Lowe said if the Education Department’s guidelines were changed so the public could access the free school bus network, it would result in a “far more efficient use of scarce resources” and improve mobility options available to many isolated rural and regional residents.

He said the Regional Network Development Plan (May 2014) consultation process and subsequent report identified the regional use of school buses as a key outcome to improve connectivity in regional Victoria, “yet nothing has been introduced”.

The association believes public safety could be improved by introducing safeguards, such as fitting school buses with a GPS and camera; getting approval for non-school passengers from the school principal and the bus owner or driver; implementing an electronic fare system; and conducting a revision of Education Department policies and procedures.

Dr Lowe said poor accessibility to public transport in regional areas led to social and economic disadvantage, particularly for those who didn’t drive, including social exclusion and public health issues.

It also had the effect of inhibiting local investment and regional development.

“The rural school bus network sees the government funded buses used for two to three hours in the morning and afternoon on each school day (195 days a year),” he said.

“Outside of these hours, the school buses often sit idle and are sometimes used by the owner-operator to do complementary community work and school excursions,” he said.

Gippsland South MLA Danny O’Brien said he was pleased the issue was being looked at.

“Members of our rural communities in Gippsland have limited access to public transport, while some school buses have plenty of room for extra passengers,” he said.

“I’ve had first-hand feedback from my community about the frustration of a young adult who was catching the bus for years on the way to school, but could not continue to do so to get to a new job or tertiary education when still too young to get a driver’s licence.

“However, we need to hear feedback from the community on issues of student safety and the risks and rewards of allowing adults onto school buses.

“In some areas the school bus is full, and even school students are unable to utilise the service.

“If we can ensure child safety and school students are not disadvantaged in any way, this may be an option that could work well for the community.”

Mr Erdogan said the committee wanted to hear from as many people as possible across the state to get “a true picture of the transport limitations faced by rural and regional Victorians”.

The Economy and Infrastructure Committee will analyse evidence from other jurisdictions, locally and overseas, showing the effects of expanding the school bus system.

It will also look at the cost of extending mainstream school buses to the general public, and how a fare system would work.

Once submissions have been received public hearings will hear from witnesses and gauge the views and experiences of rural and regional communities.

The inquiry is due to hand down a final report before the end of the year.

To make a submission, visit parliament.vic.gov.au/eic-lc/article/4613.