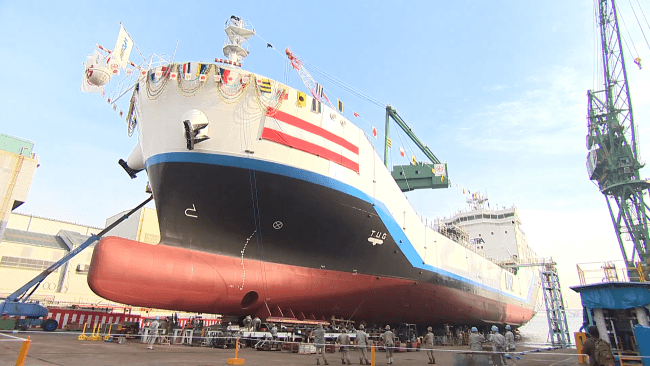 The coal gasification and hydrogen refining facility at AGL’s Loy Yang site – which forms a critical part of the Hydrogen Energy Supply Chain Pilot Project – is converting brown coal into hydrogen gas, which will be transported to Port of Hastings and then liquified and shipped to Japan in the world’s first, purpose-built liquified hydrogen carrier, the Suiso Frontier.

As well as creating an expected 400 Victorian jobs during its life, the pilot will help establish local skills, capabilities and infrastructure that will provide a platform for the development of a broad hydrogen industry in Victoria and Australia.

For the project to progress to full commercial scale, it must achieve successful carbon capture and storage, enabling significant reduction in carbon dioxide emissions in Victoria.

The fast-growing hydrogen industry is expected to be worth $2.5 trillion globally by 2050.

“This is an important milestone for this world- first project, which will help us transition towards a low carbon energy future, while potentially creating thousands more jobs for Victorians if it reaches commercialisation,” he said.

J-Power executive managing officer Dr Hiroshi Sasatsu said the beginning of operations of the pilot project was an Australian and world first.

“It marks a cornerstone moment for science and innovation,” he said.

He said Gippsland was also now one of Australia’s Regional Hydrogen Clusters, and would will play a pivotal role in accelerating the development, deployment and commercialisation of the Australian hydrogen energy.

A demonstration plant has been under construction in the Latrobe Valley since November 2019 and began producing hydrogen on January 23 this year.

The first shipment of hydrogen from Victoria to Japan is expected to occur by June 2021.

The pilot project is being developed by a consortium of top energy and infrastructure companies from Australia and Japan – including Kawasaki Heavy Industries, J-Power, Iwatani Corporation, Marubeni Corporat ion, Sumitomo Corporation, and AGL – with the support of the state, federal and Japanese governments.