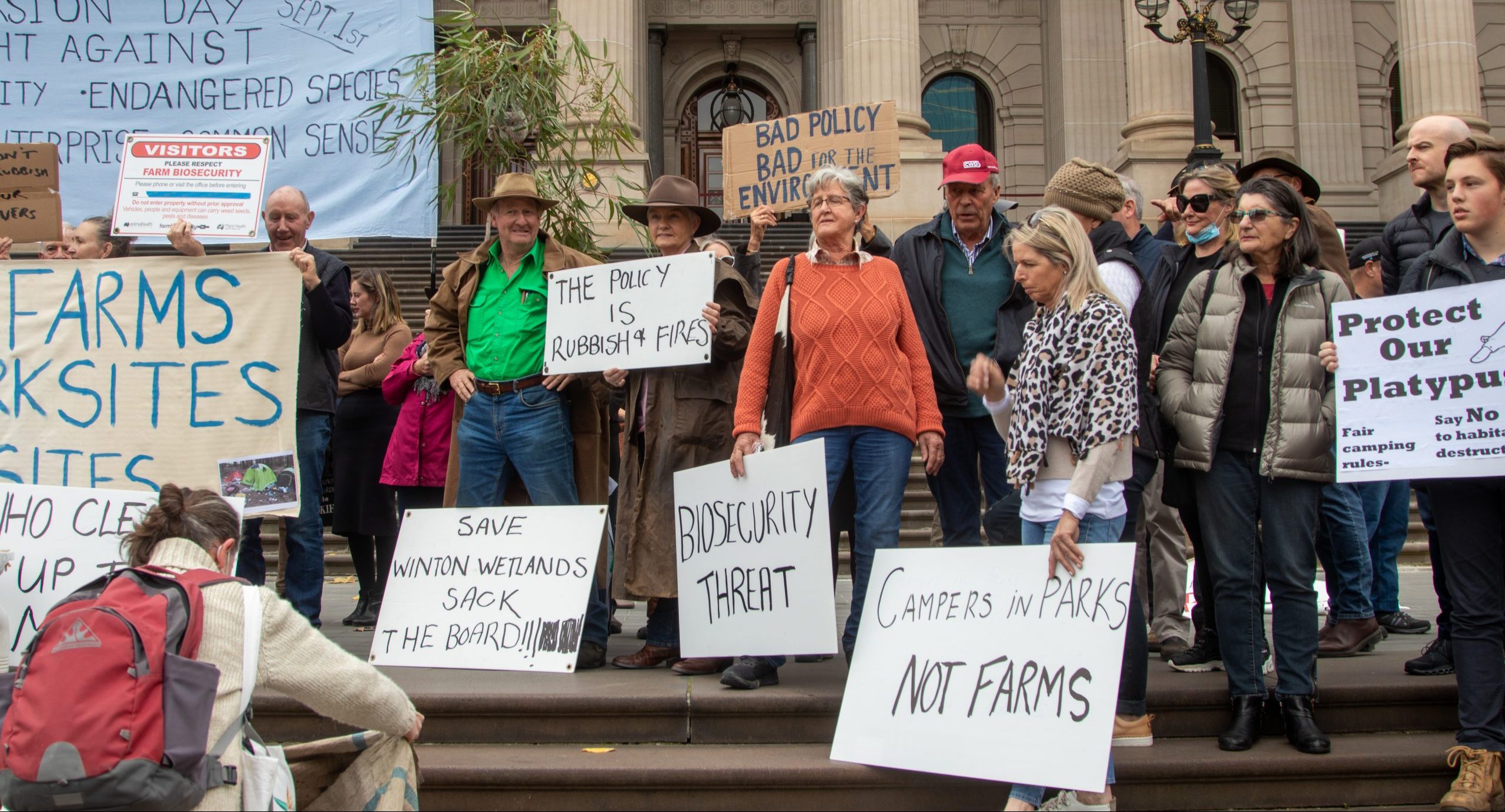 A contingent of farmers, Landcare members, CFA volunteers and citizens concerned about new laws that would allow the public to camp on river frontages voiced its opinion on the steps of parliament on Tuesday. The rally against protested new laws that will allow campers on waterfronts currently licensed to landholders for grazing from September 1