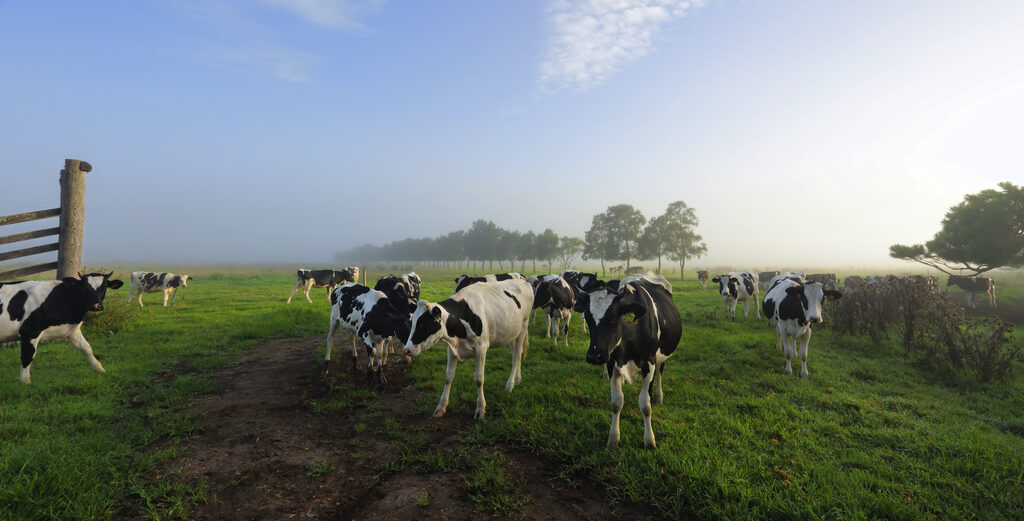 THE Victorian Farmers’ Federation has proposed Wellington Shire Council extend its use of differential rates to spread the rate burden.

During a special meeting on Thursday, council formally received 11 written submissions for its draft 2021-22 budget, and heard six verbal submissions.

Facing steep increases in its rates bills, the shire’s farming community has asked council to review its rating system.

The VFF has proposed council follow Ararat Rural City Council in adopting a dynamic rating strategy which spreads the burden across rating sectors.

Council already applies a differential rate for farming properties, which is 20 per cent less than rates applied on other land.

Speaking to council on behalf of the VFF’s Gippsland branch, Bundalaguah farmer John Buxton said farmers had been hit with exponential increases in their rate bill in recent years.

“I have numerous examples of rate increases, ranging from 30 to 70 per cent in one year,” he said.

“These exponential rate increases are driving significant ill feeling and disquiet in the farming community, and I can say for myself that we feel threatened by it. The question you ask yourself is ‘do they want to rate us out of business?’

“When you get a bill that’s up by 30 per cent or 70 per cent, it really sits you back on your heels — it’s not making the farming community feel like they’re wanted or welcome.

“The percentage of the rate burden is being shifted on to the farming community.

Mr Buxton said the rating system was “broken and needs to be prepared”.

“There is a solution to the problem. The solution’s become known as the ‘Ararat model’,” he said.

“This model has also been adopted by the Mansfield Shire this year.

“The advantage of this model is that it allows you to apply the cap to each property sector in the shire, and thereby avoiding the rate shock that happens if the valuation moves substantially for one sector as opposed to the other.

“The Ararat Shire managed to get a one per cent reduction in the rating for everybody without impacting on their total revenue.”

The VFF’s submission to council claim its total revenue would increase by $1 million using the Ararat model.

Beef farmer Sandra Grant said the rates bill for her Boisdale property went up 60 per cent, and her Newry property by 33 per cent.

Ms Grant said turnover could never match the increases in land value, which had affected expenditure.

“We spend less locally on our groceries, our fuel, our fertilisers, our stock feeds and to make up for the money we find we have to pay for the rates,” she said.

“We have to do more work ourselves, whereas two years ago we had regular labour positions available on the farm. We now work longer days on our own to get our work done.”

Ms Grant and her and her husband had tried objected to the valuations, but this made little difference.

Giffard West farmer Trent Anderson said he had received a rates increase of $20,000, or 85 per cent increase, in one year.

“We can’t pass that cost on anywhere, we’re not like the council, who can up the rate bill, to cover our bills,” he said.

“That $20,000 had to come out of what would have been spent on other investments on the farm, whether it be general running costs or into capital expenditure.

“Rate shocks like that really do make a difference to what we can spend in the community.”

Mr Anderson said the what land was valued needed to be addressed.

“We have to do more work ourselves, whereas two years ago we had regular labour positions available on the farm. We now work longer days on our own to get our work done.”

Ms Grant and her husband had tried objecting to the valuations, but this made little difference.

Giffard West farmer Trent Anderson said he had received a rates increase of $20,000, or 85 per cent increase, in one year.

“We can’t pass that cost on anywhere, we’re not like the council, who can up the rate bill, to cover our bills,” he said.

“That $20,000 had to come out of what would have been spent on other investments on the farm, whether it be general running costs or into capital expenditure.

“Rate shocks like that really do make a difference to what we can spend in the community.”

Mr Anderson said the land values needed to be addressed.

“We’ve got a real issue with valuing that needs to be looked at, and if we can’t value it correctly then we need to be putting in, like the tax averaging system, where our land values are averaged over a five-year period, and we’re only rated on that average value.”

The Seaspray community made submissions seeking funding for local projects.

Seaspray Ratepayers and Progress Association president Kaylene Wheeler spoke to council about constructing an off-road walking trail between Seaspray and The Honeysuckles, for which members of both communities have been campaigning many years.

“The local community, visitors and tourists should have a safe place to walk, ride their bikes, wheel their prams and push wheelchairs,” Ms Wheeler said.

“This past year we have had the greatest amount of caravan park bookings since opening, and the town has seen an influx of day visitors from all over Gippsland and beyond.

“Families are holidaying locally due to the COVID virus — we expect this to continue.

“We already see the benefits of a walking track that the committee of management put in place along the foreshore on Foreshore Rd, with many people walking and cycling from the caravan park to the surf club then on to Merriman Creek to swim.

“Shortly the surf club will open the Waves bistro, and the local shop will have new ownership and will be opened everyday.

“Seaspray will become the destination to come to.”

Council allocated $10,000 for a feasibility study into the path in last year’s budget.

Among the written submissions, the Seaspray Reserves Committee of Management requested various works in the town, such as a pump track, which it proposed be constructed next to the tennis courts.

The committee suggested it would underwrite half the expected $85,000 to $100,000 cost for the pump track, but would require council and other grant funding to implement the project.

The Stratford Recreation Reserve committee requested $30,000 for the design and planning for stage two works, which include upgrades to the social rooms, toilets, bar, kitchen and kiosk, as well as spectator cover.

Resident Brent Hanratty requested a footpath along Cedar St, Sale, and to fix its drainage, claiming the street floods every time it rains.

The Yarram and District Adult Riding Club is seeking $61,500 to establish an equestrian facility at the Yarram Recreation Reserve. The club can’t provide additional funding as it contributed the majority of its funds towards the extension of the agricultural society shed.

The club suggests the facility will attract new members to the adult riding and pony clubs and campdrafting association.

Yarram Aero Club member Brian Lucas spoke in support of funding in the budget for developments at the Yarram Aerodrome.

“For not a large investment, we can bring the aerodrome up to a suitable standard for which the Wellington Shire and its ratepayers can be proud of,” Mr Lucas said.

“This aerodrome has untapped potential.

“The Yarram Aerodrome is unique in this shire in that it is accessible seven days a week, 24 hours a day, to all forms of aviation — from commercial to recreational.”

In the draft budget, council has proposed a 1.5 per cent increase in revenue from general rate for the next financial year, as well as rises in the garbage charge and EPA levy.

Council is considering the submissions before it adopts the 2021-22 budget on June 15.