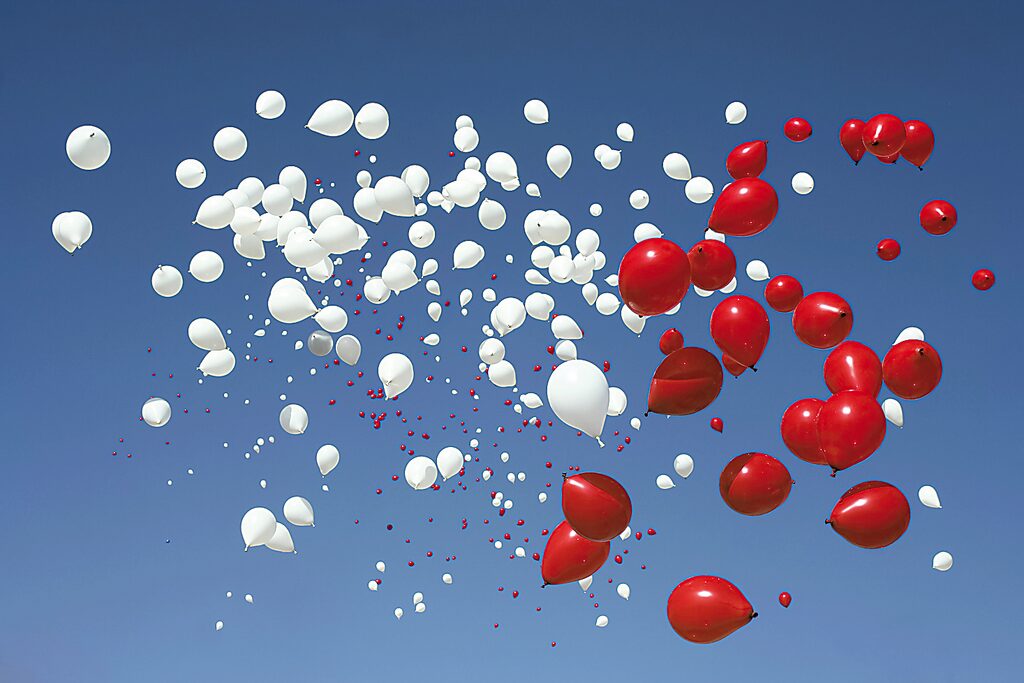 THE symbolism associated with allowing balloons to drift into the heavens is no longer allowed, with a ban on the release of helium balloons into the environment now in force.
According to Gippsland Funeral Services director Scott Rossetti, the release of balloons into the sky is often associated with funerals — and particularly the funerals of young people.
Typically, dozens of balloons are sent adrift.
“It’s quite a beautiful moment in the service when balloons are released,” he said.
“It takes away from the grief of the moment as people look to the sky.”
But Mr Rossetti said he understood the ban.
“We don’t go throwing plastic bags out windows and to waterways into the environment,” he said.
“It’s an understandable decision to reduce impact on wildlife — but the symbolism of the balloon ascension though will be missed by those grieving families.”
Mr Rossetti said it was not clear what could be used as a substitute for the symbolism of sending a spirit into the heavens.
Many funeral services were grave side services, and activities such as lighting candles would not be suitable.
The ban on the release of helium balloons into the environment came into effect on July 1, but has not been widely publicised and will take many by surprise.
Releasing balloons into the environment is now regarded as littering and is illegal in Victoria.
Under section 115 of the Environment Protection Act 2017, there are fines are up to $991 for individuals and up to $4956 for companies.
For a series of balloon releases, and if taken to court, penalties are up to $16,522 for a person, and up to $82,610 for companies.
The EPA recommends people don’t use balloons outdoors at all, and if they do, they must be strongly secured and accessories like clips and ribbons must be disposed of properly.
It suggests alternatives to balloons might include blowing bubbles, floating flowers, reusable or recyclable bunting, paper decorations or planting trees.
The EPA says wildlife can be seriously harmed or killed by balloons and their attachments, and balloons floating in the water could look like squid or jellyfish.
Marine mammals, sea birds and turtles often mistake them for food.
In Victoria, seals and other animals have been known to become entangled in balloon ribbons.
Zoos Victoria is currently undertaking a campaign ‘When balloons fly, seabirds die’.
In 2019 the CSIRO found that seabirds were up to 32 times more likely to die when they swallowed balloons than any form of hard plastic.
This has led scientists to name balloons as one of the disproportionately deadliest litter items to marine wildlife such as seabirds and turtles.
A 2020 study by the University of Tasmania found that after 16 weeks in freshwater, saltwater and industrial compost conditions, latex balloons did not degrade, despite manufacturers assuring the public that balloons are ‘100 per cent biodegradable’.
The EPA is advising people who know of others planning to release balloons to email Zoos Victoria at takeaction@zoo.org.au.