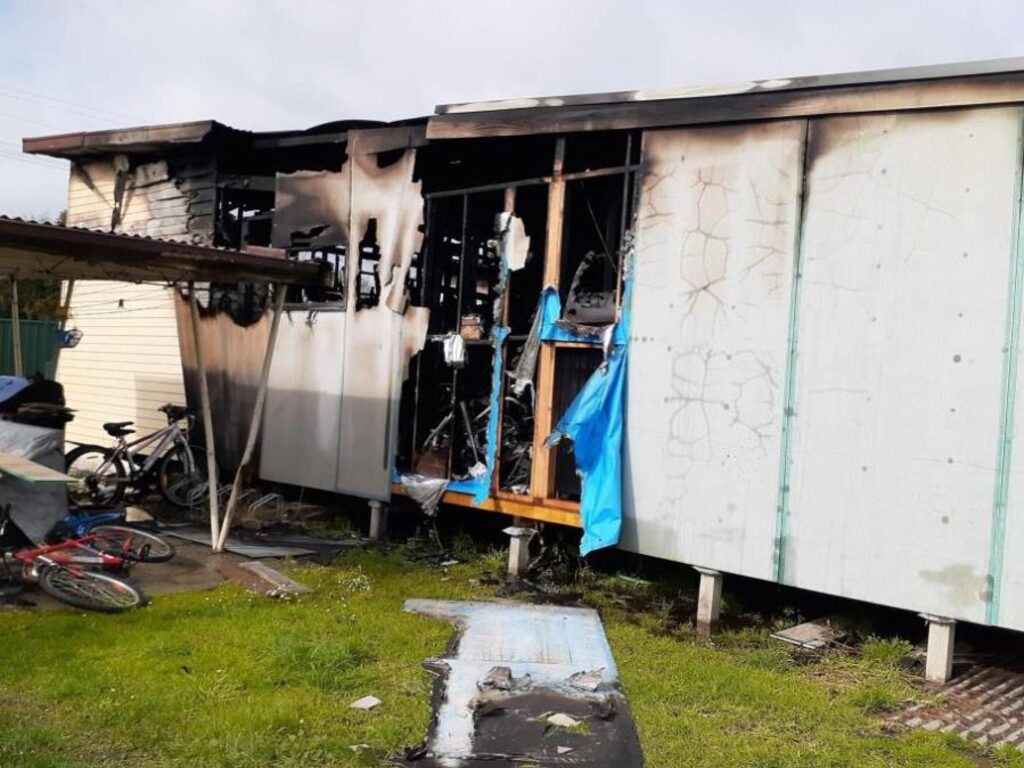 A YARRAM family home was destroyed by fire last Thursday morning.
While the occupants of the property escaped unharmed, the family dog was unfortunately lost in the fire.
CFA Commander Peter Quinn said crews worked diligently to bring the fire under control after they were notified just before 9am.
“The Yarram tanker was first on scene and the house was already fully involved,” said Commander Quinn.
“There were about 15 to 20 firefighters in total, including breathing apparatus crews and the Maffra rehab unit which also responded to support firefighters on the scene.”
A live power line had also come down, presenting further challenges for volunteers.
“The power lines were over the road so the electric company responded quickly, while CFA crews disconnected gas cylinders that were connected to the house.
“A community warning was also issued for residents east of Bruce St to close their doors and windows due to the smoke.”
Commander Quinn said the fire appears to have sparked because of clothes being too close to an electric heater, discovered in the room of the fire’s origin.
“Drying clothes near heaters and fireplaces can be a dangerous mistake, and clothes should be kept at least one metre from the heat source,” said Commander Quinn.
While it’s unclear if smoke alarms alerted the occupants, Commander Quinn said it’s crucial to have them installed in all bedrooms, living areas and hallways.
“Ideally those smoke alarms should be interconnected so they sound simultaneously when fire is detected.
“Smoke alarms save lives, it’s as simple as that.”
For more information on smoke alarms and home fire safety, visit cfa.vic.gov.au/silenceisdeadly.