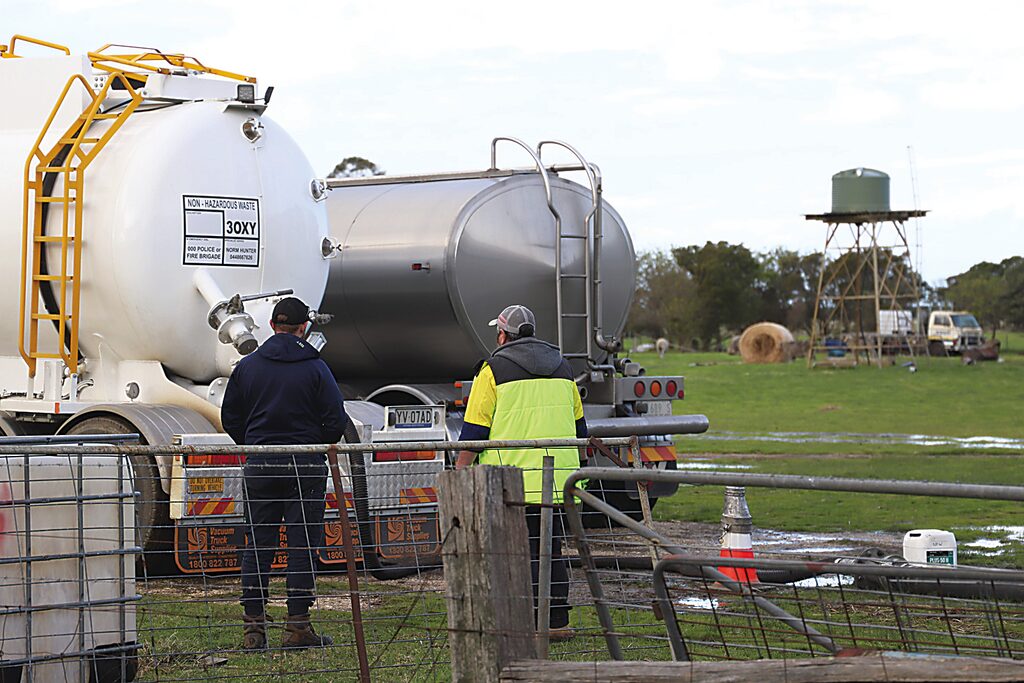 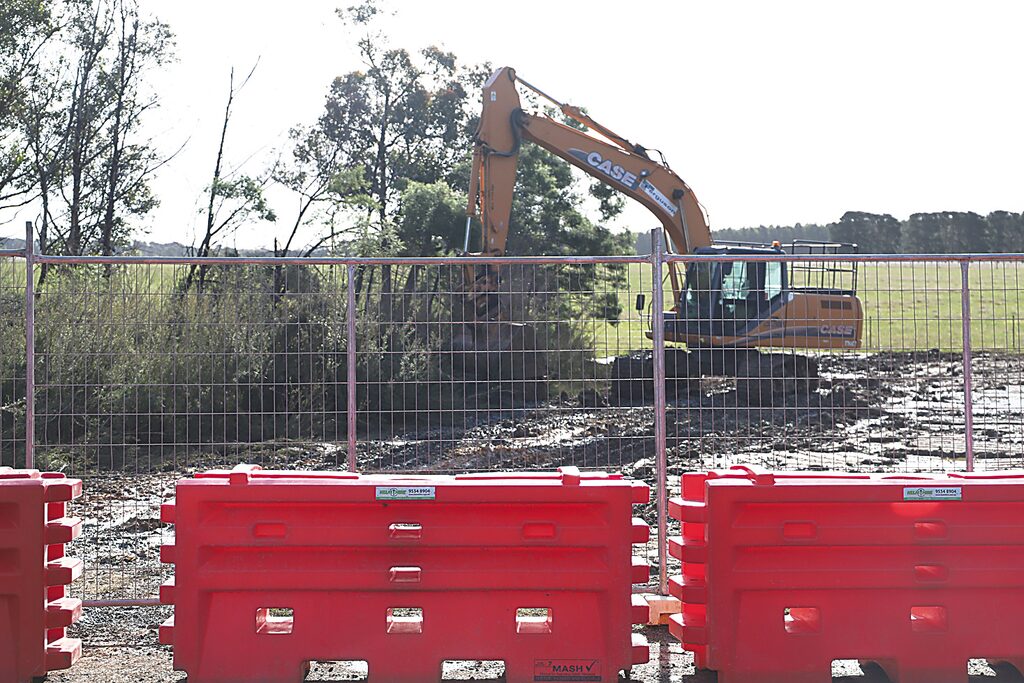 FOUR Giffard West properties have been affected by a burst saline water pipe near the South Gippsland Highway, which flooded the creek that runs through the properties.
A fortnight ago, a crack burst in Loy Yang power station’s saline waste outfall pipeline, which transports wastewater from the Latrobe Valley power station to an ocean outfall at McGaurans Beach.
Overnight Tuesday, August 17 into Wednesday, August 18, the salty water flowed into Hoddinott Creek — which is usually dry unless the area records huge rainfall — and traversed through a private wetland and several farm dams in the area.
The resulting spillage clocked an estimated nine megalitres, with an additional 50,000 litres recorded by the Environmental Protection Authority on Saturday.
Gippsland Water now has the mammoth task of remediation works, which include pumping the water out of affected dams and the wetlands — one 20,000 litre tanker at a time.
EPA Gippsland regional manager Jessica Bandiera confirmed the authority had already been out to inspect the site.
“EPA continues to monitor the situation and will provide environmental management advice, as well as investigate how the pipes broke in two separate incidents, and what are the next steps to address any further concerns,” Ms Bandiera said.
A Gippsland Water spokesperson said the pipe had been repaired, and environmental monitoring was taking place to ensure potential impacts were managed.
“Gippsland Water is working with landowners to assess any impacts to their properties,” the spokesperson said.
“Gippsland Water is also working with the Environment Protection Authority, Parks Victoria, Southern Rural Water and landowners to assess options for remediating the creek.
“Soil testing will be undertaken to assess any impacts on land, with assistance from local agronomists. The results of these tests will inform any further remediation actions that may be needed.
“Gippsland Water would like to thank the affected landowners for their understanding and cooperation throughout this event.”
Affected landowner Lisa Harrison, whose seven dams have been affected by saline inflows, said she and her husband Steve were surprised to wake up on Wednesday morning to a running creek, and phoned Gippsland Water later that day to find out why.
Water testing in one of their dams confirmed it was now filled with salty water.
“Cattle can put up with some salt in their water, but this far exceeded their tolerance level, so it [the water] couldn’t stay,” Mrs Harrison said.
“We’ve had to remove all the stock from all the paddocks along the way that don’t have troughs in them, so they have an alternative water source.”
Luckily, water in one of the farm’s major dams, which services the house, garden and stock troughs, was relatively unaffected.
Last Tuesday, water was still flowing into some of the property’s dams, with Mrs Harrison pointing out a particularly engorged dam in one of her paddocks in the process of being pumped.
“We estimate there’s about a million litres in that dam. It was full before [last Wednesday],” she said.
With three dams already emptied on the watercourse and two more to go, Mrs Harrison said she understood the plan was then to flush the creek with about three megalitres of fresh water to dilute the less affected dams on the property, so they didn’t have to be drained.
She described Gippsland Water’s response as “excellent”, but said she and her husband were still feeling concerned.
“It’s a big impost having all these trucks coming in and out,” she said.
“Gippsland Water have been great. They are going to reinstate everything that they damage, but that will probably involve resowing pasture.
“They’re being really good at trying to have as little impact on the pasture as possible, but pretty much everywhere from behind that dam to those trees, it [saline water] just inundates that pasture.
“We don’t know if all these trees are going to die, and we won’t know for maybe a year — until they get stressed.
“The grass we should know within a couple of weeks.”
Mrs Harrison emphasised the burst pipe was just an accident — “there’s no-one to blame”.
“It’s ironic, we went for so many years where we had no water in the dams, and now that all the dams are chock-a-block full of beautiful, fresh rainwater, they’re salty … it just seems a waste,” she said.
“With solar panels, wind farms, Star of the South cables, wastewater pipes going through the district … we feel we’re more of an industrial zone now, not a farm.”