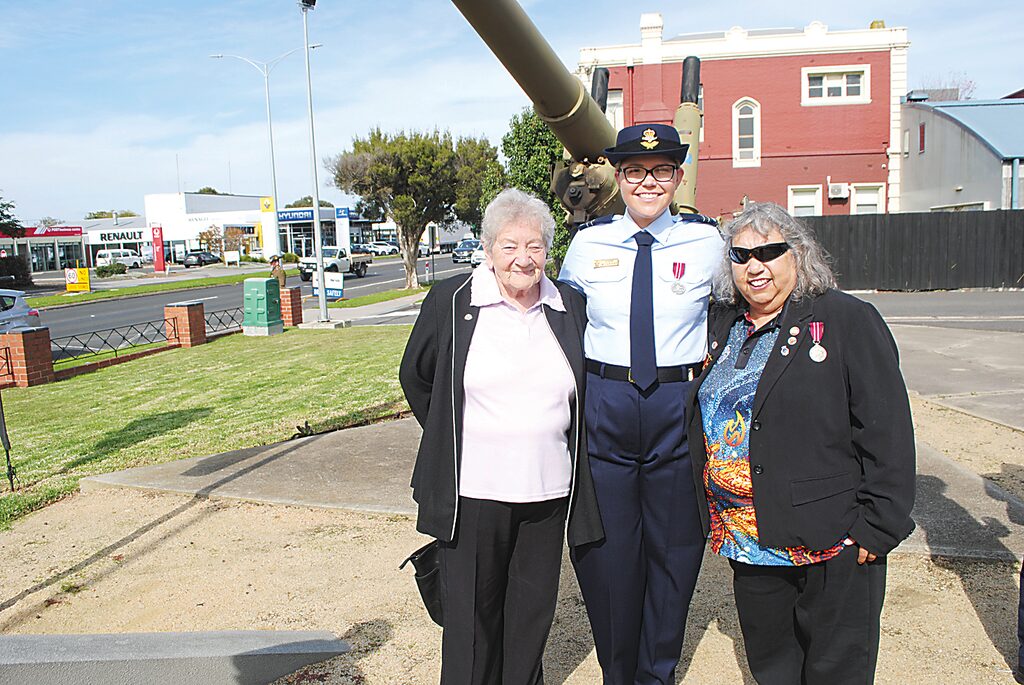 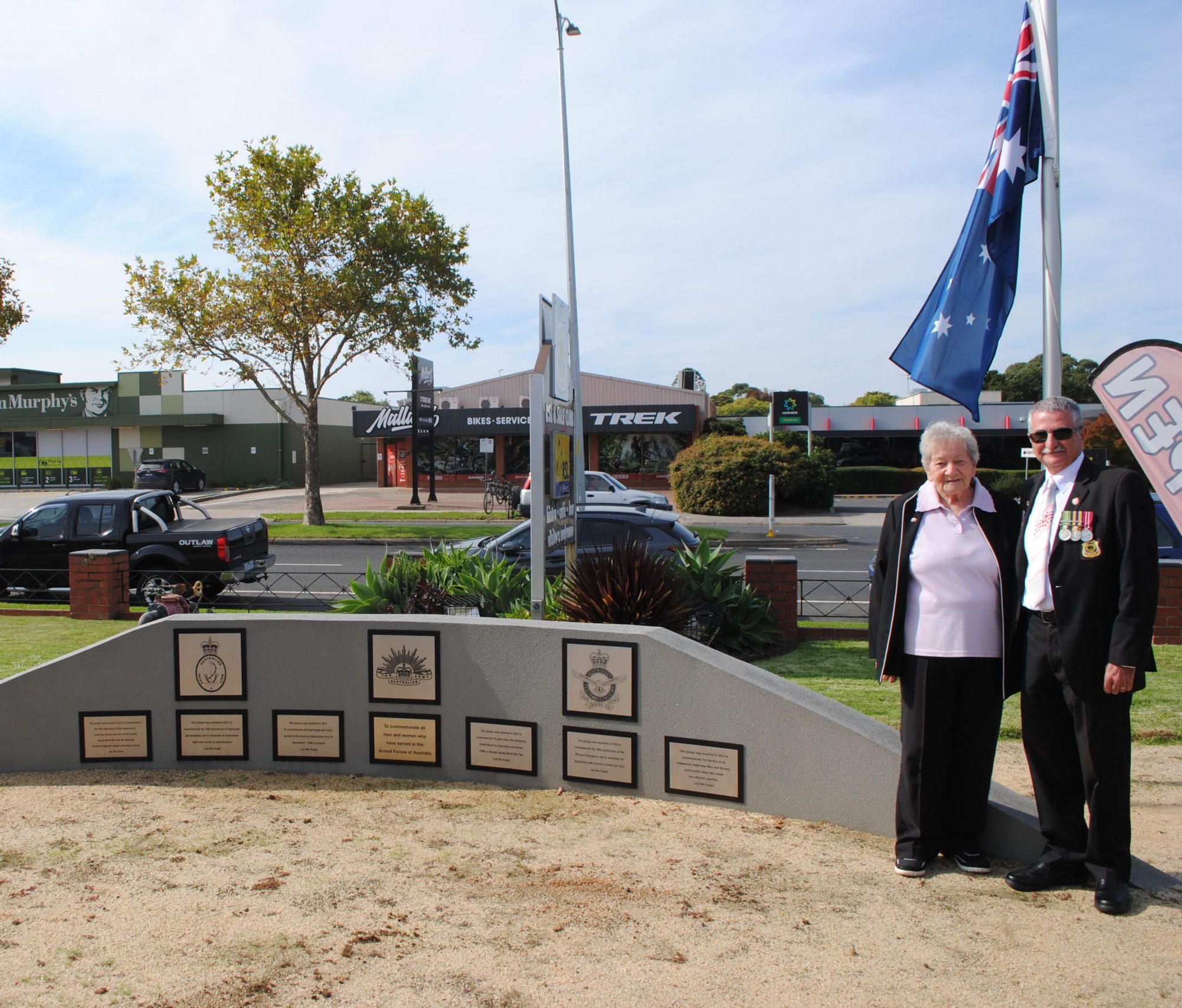 The contributions of First Nations servicemen and women have been honoured with a new plaque at the Sale RSL & Community Club.

The plaque was unveiled on Anzac Day by Sale RSL president Marty Tanzer and Bess Yarram, whose late husband Noel served in the Army for a quarter of a century.

Mr Tanzer said that the RSL wanted to recognise the service of Indigenous people.

“We wanted to have its own plaque to recognise that, because often the RSL… excluded Indigenous people, and they were excluded from the soldier settlement schemes and things like that,” Mr Tanzer said.

“So it’s some small thing that the Sale RSL could do.”

Ms Yarram also spoke at the unveiling, describing the plaque as a “big step forward” in reconciliation, and in recognising the service of Indigenous Australians.

Indigenous liaison officer for RAAF Base East Sale, Flight Lieutenant Aimee McCartney was also in attendance at the event, and said that the plaque symbolises “eternity.”

“It is there – it’ll always be looked after, it can be read, and our stories can be told,” Flight Lt McCartney said.

“For myself – who has quite a number of family members, ancestors, elders that have served this country at a time when they were not considered citizens – having something like a plaque, and to have the Yarram family at the unveiling, shows respect and reconciliation, and that we’re on a positive path for social change.”

The plaque is available for the public to view outside the Sale RSL on York Street.