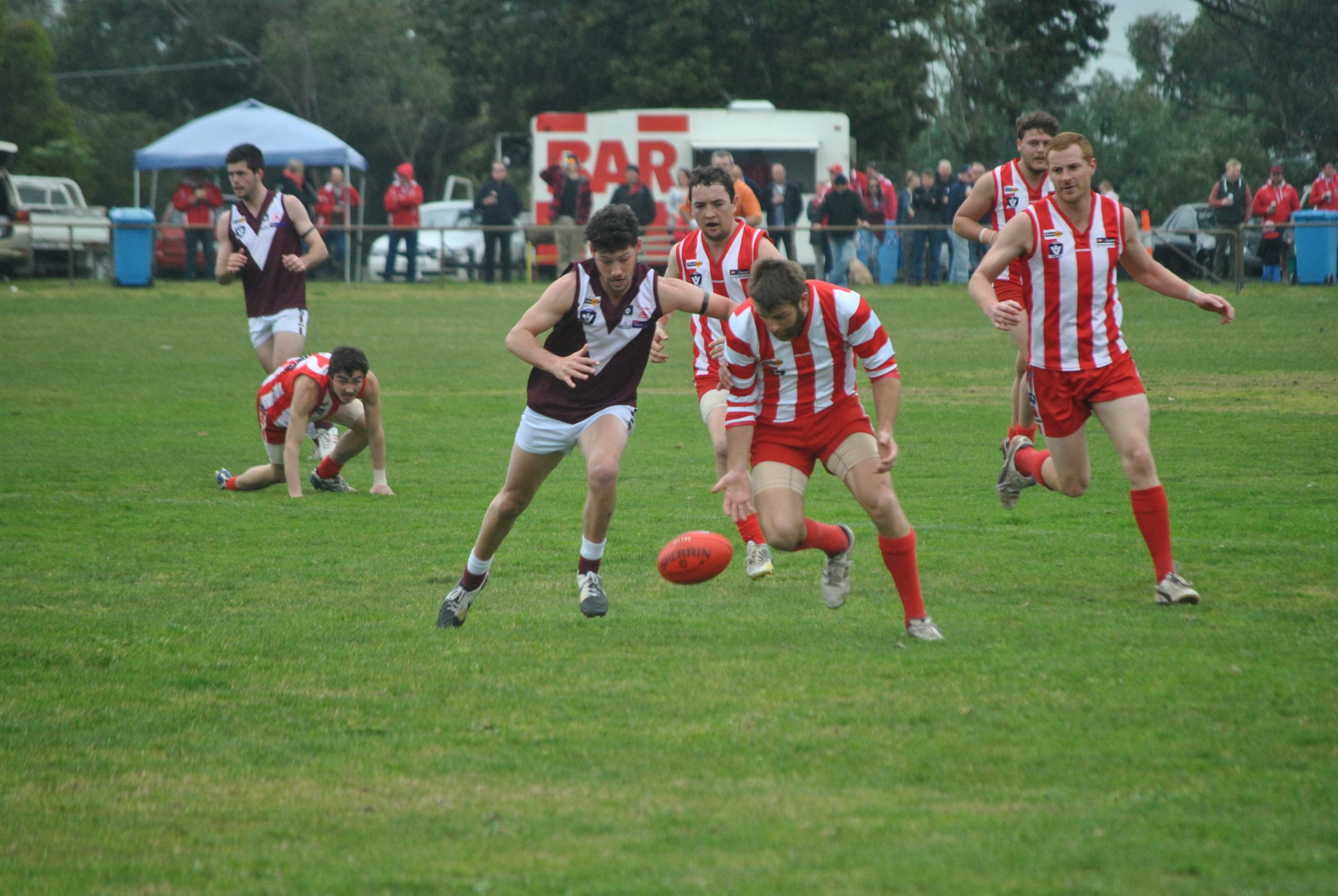 A TOP of the table clash between Stratford and Wy Yung will headline round 18 of East Gippsland football.

The Swans, who have only dropped one game this season, continued their impressive form last week, putting a dent in the finals ambitions of Lakes Entrance.

Despite Josh Kiss and Kieran O’Dwyer missing from the Stratford line-up, the Swans still managed 26 goals with Liam Lemon, Pat Gordon and Nathan Channing stepping up.

With 10 individual goal scorers, the Swans ran rampant last week but can expect a stern test at Wy Yung on Saturday, with the Tigers fresh from a week off.

With Wy Yung in a battle with Lindenow for a top two finish, the Tigers will be keen to keep its four point advantage while showing the Swans it is up to the task come September.

ARGUABLY out of finals contention, Lakes Entrance will be out to spoil Lindenow’s attempt at a top two finish.

If Lindenow wins, the Cats’ bid for the second chance will come down to a final round clash with Wy Yung, and they will be out to ensure its destiny remains in their own hands.

A loss could leave the Cats vulnerable to an elimination final berth if Wy Yung can overcome Stratford this week.

For Lakes Entrance, its finals hopes were all but dashed at the hands of Stratford last week. Despite being level on points with the fourth-placed Paynesville, the Seagulls face a gap of more than 50 percentage points.

The Seagulls will be aiming for a strong finish to the season to show they can build towards a finals appearance in 2015.

OR BOST-Snowy Rovers will host Lucknow in a match which will have no implications on final ladder standings.

With the bye to come in round 19, the Blues will be out to finish on a high and secure its only win of the season. Thrashed by Paynesville last week, the Blues will at least hope to be more competitive against the Magpies.

Already looking to 2015, the Magpies may choose to experiment and test some untried youngsters.

PAYNESVILLE will have the bye.