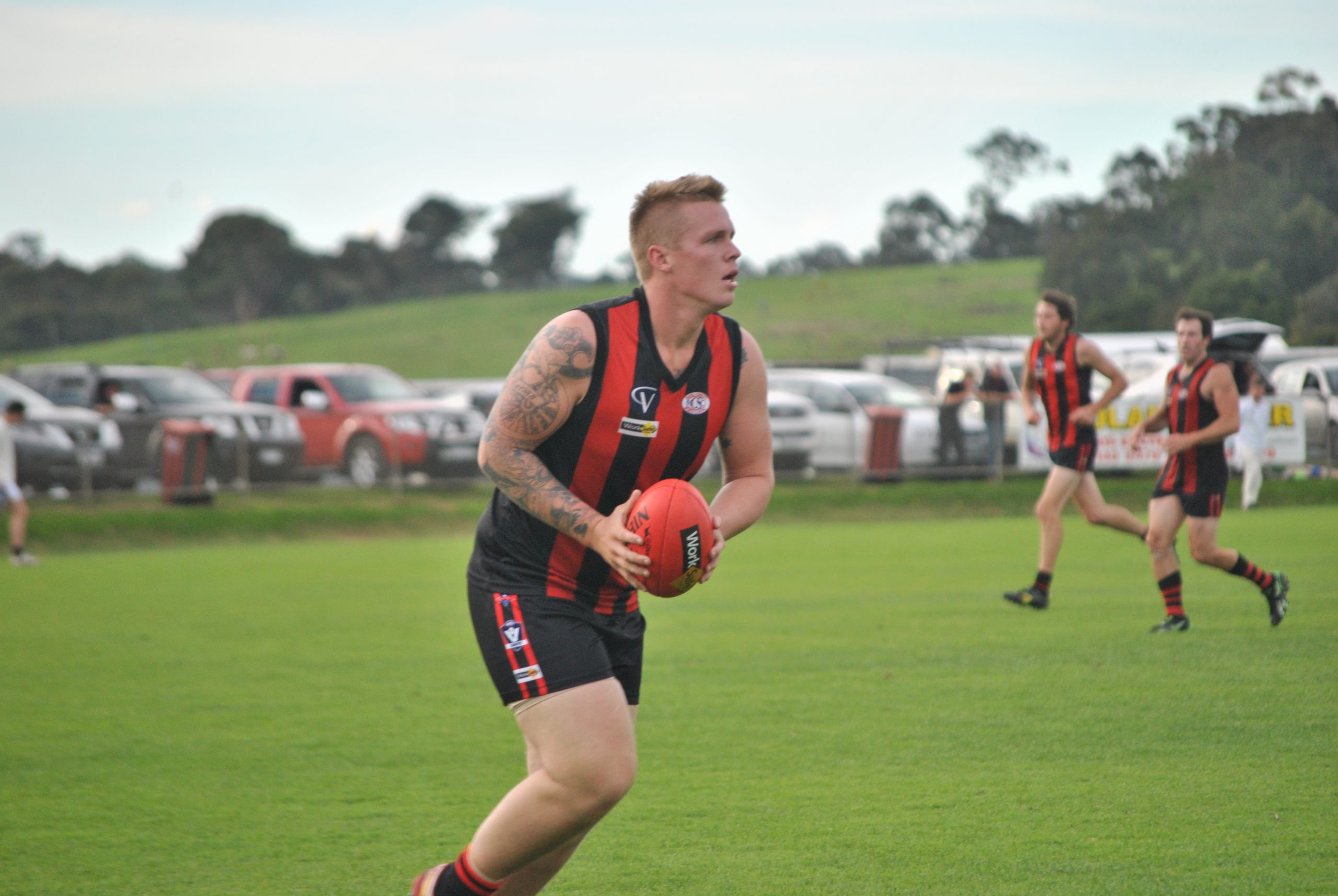 The Maffra spearhead kicked the 16 he needed to reach the ton against a hapless Drouin on Saturday.

The last player in this league to kick a century of goals before the finals was Sale’s Shane Loveless during the 1987 season.

On the way to his milestone, Sheen also became the fastest to kick 200 goals in Gippsland League history.

The home side kicked seven goals to one in the first term to lead by 40 points at the first break. The Hawks only managed one more goal for the match.

The margin went out past 100 by half-time after the Eagles kicked nine unanswered goals during the second term.

After kicking five goals to one in the third term, the Eagles finished the job in the fourth, booting 14 unanswered majors.

The percentage boost pushed the Eagles into fourth place, past Bairnsdale, their elimination final opponent this Sunday.

BAIRNSDALE received a scare at home, holding off a determined Moe.

Inspired by legendary AFL coach Kevin Sheedy, who attended training during the week, the Lions led by eight point at half-time.

James Gibbs kicked six goals for the Redlegs, who were well-served by Bayden Ashwood and Jack Vickers.

The Redlegs were missing Dean Jamieson, who last week received a six-game suspension for striking Sale’s Tom Hams in round 15. The tribunal hearing followed a league investigation of the incident, which was captured by a TV news camera.

TRARALGON finished a disappointing season on a winning note, defeating Leongatha 12.19 (91) to 9.9 (63) in Paul McCulloch’s final game at Maroons coach.

The Maroons led by 11 points at quarter-time and gradually added to the margin.

Michael Geary and Josh Jennings led the way for the Maroons, while Nick Nagel kicked six goals for the Parrots.

Things were looking ominous for the Gulls at quarter-time with the finals-bound Power leading by 33 points, whoever the home side was able to stay with its opponent for the rest of the match.

Kane McCarthy and Matt Coyne were the Power’s best, with Brad Scalzo the Gulls’ best.