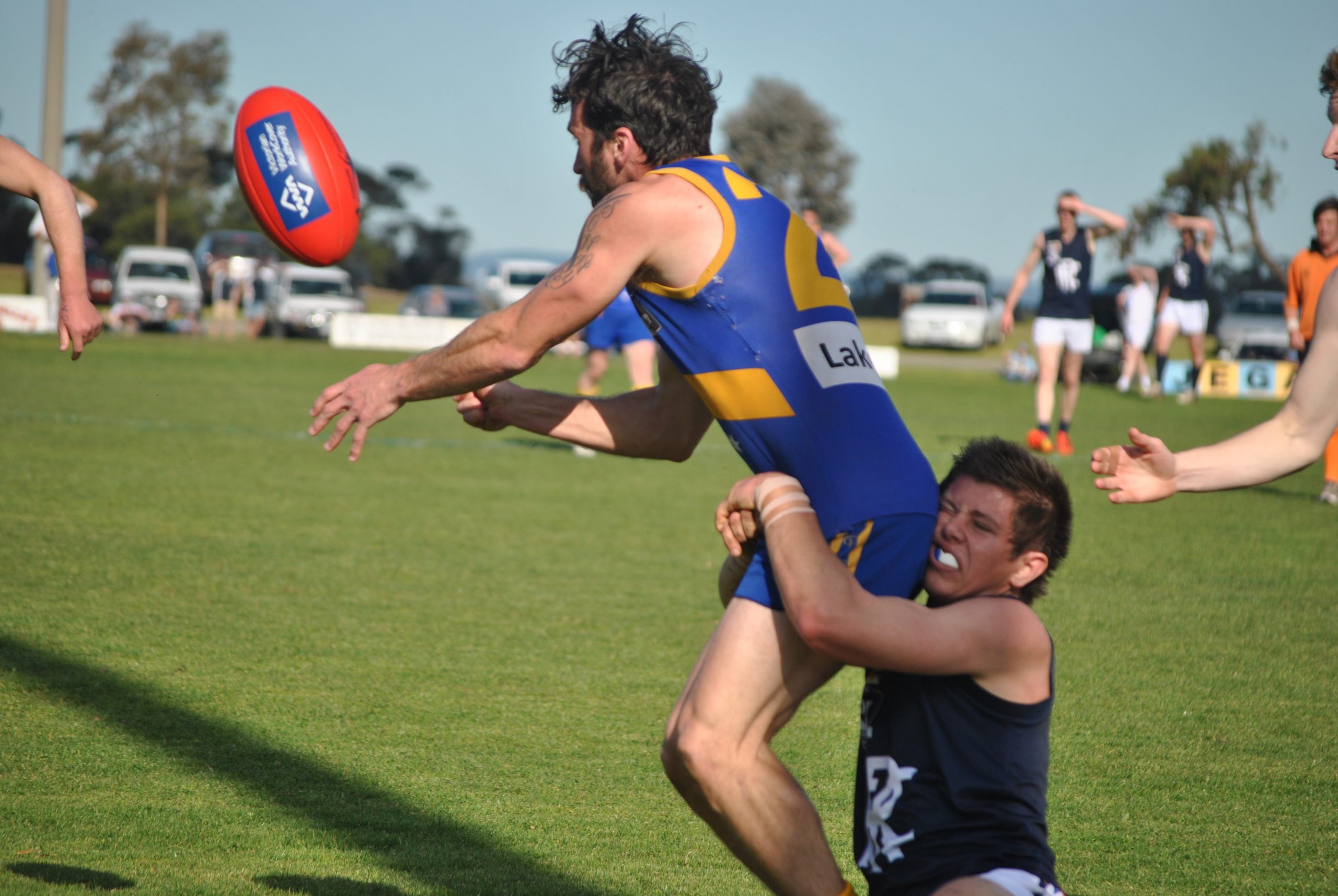 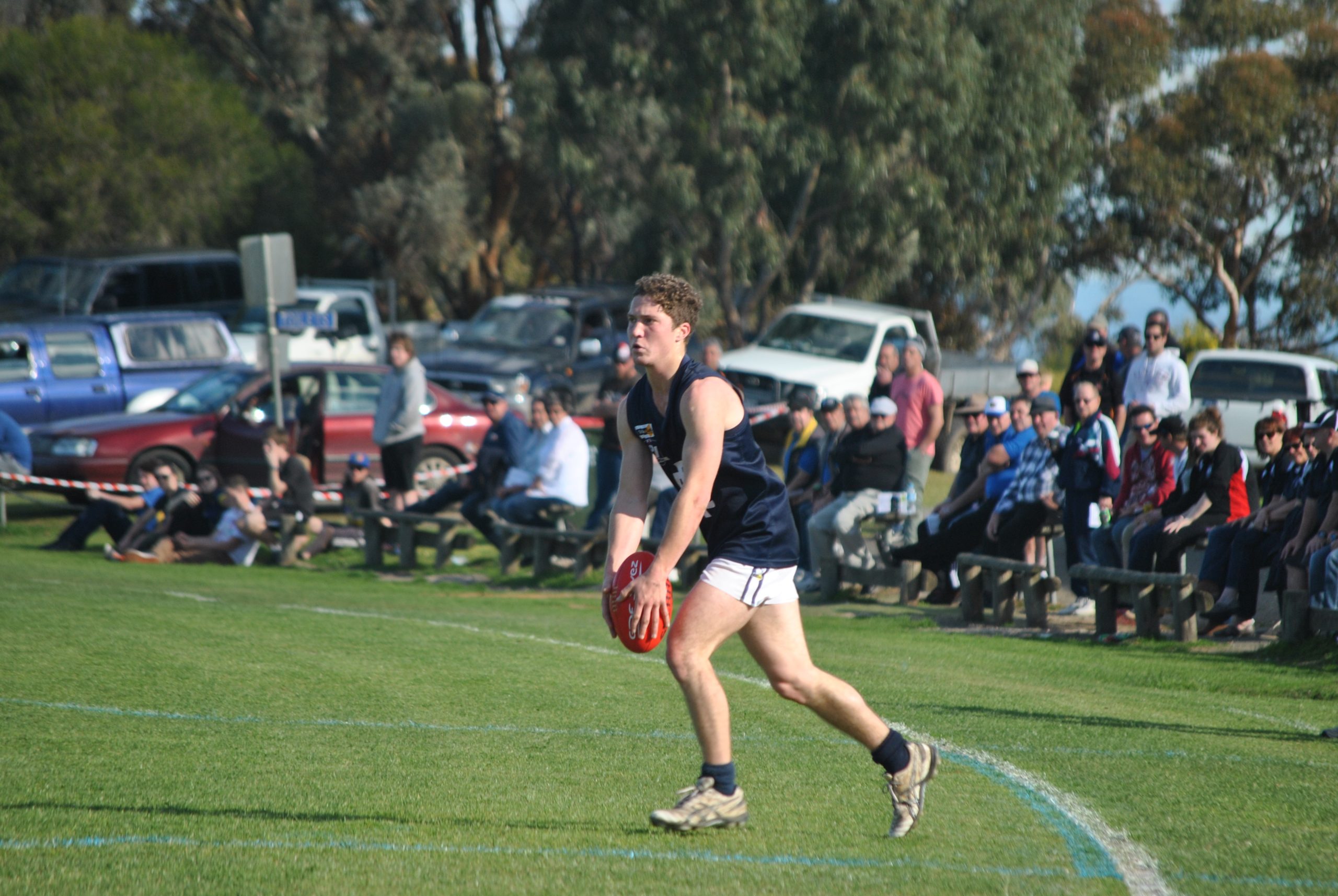 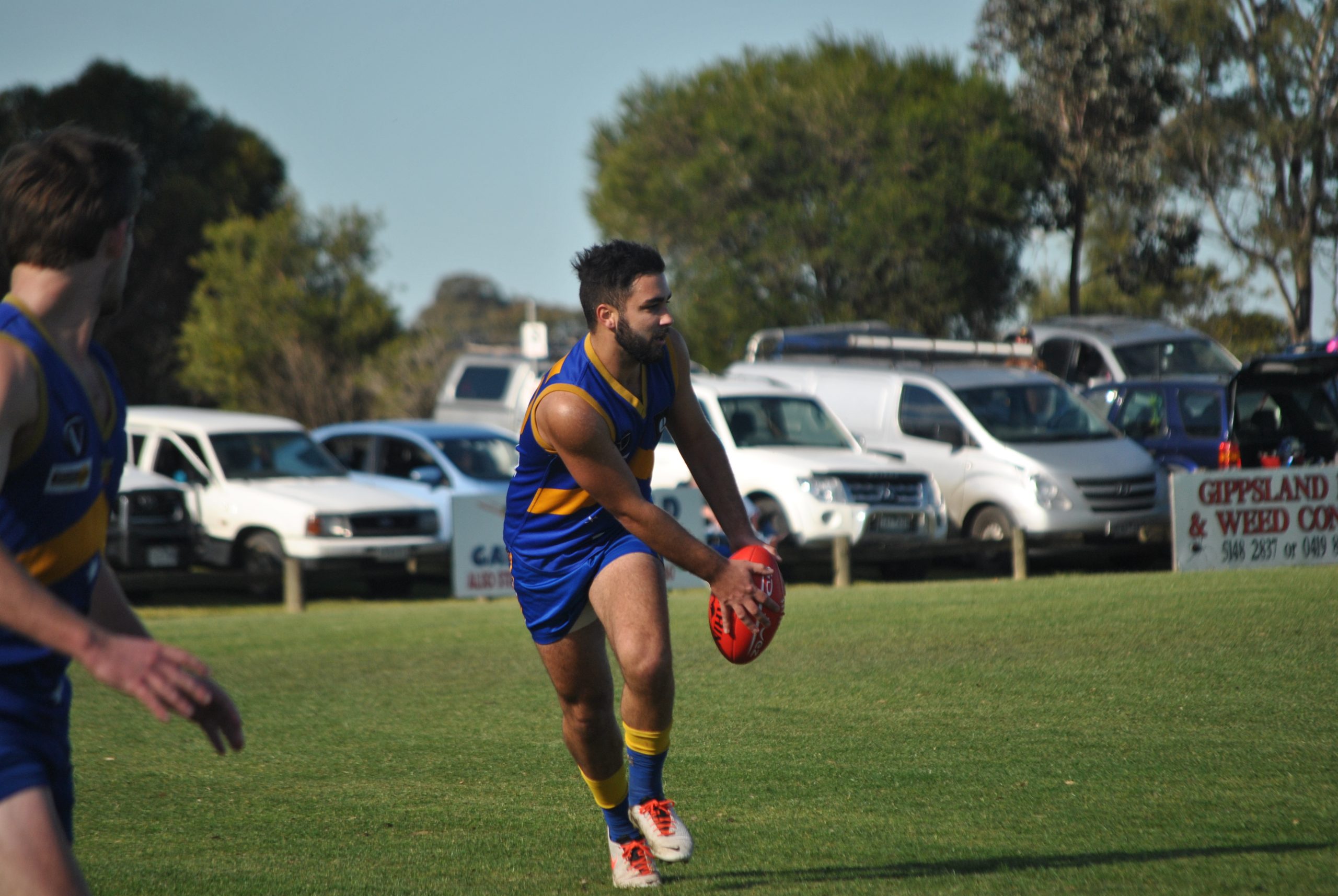 There were swings of momentum, a barrage of goals and a hard fought comeback in the third quarter which resulted in the Cougars slamming home six goals to one to arrest back the lead and dictate the second half.

It was in vast contrast to the first half, when Rosedale’s running midfield brigade backed itself and drilled the ball into forwards Brandon McDonald and Jeremy Reid.

The Cougars began the contest strongly, rebounding from defence in the opening minute of play to send the ball forward to score. They had their second goal from the subsequent centre clearance through Nick Campbell, which was answered by Rosedale’s Reid after a juggling mark.

Soon after Jon Cantwell chopped off the Cougars kick. Cantwell then combined with Rohan Diamond, who pumped the ball long into the forward 50, where, crashing the pack, Reid gained possession to snap the Blues’ second goal.

Churchill’s Dean Degroot split the big sticks from outside 40. It was followed by majors to Travis Brighton and Chris Williams as the Cougars looked to skip away.

However, the Blues’ fourth goal ahead of quarter-time reined the margin back to a straight kick at the first change.

Churchill scored the opening goal of the second term before Rosedale went about at will in front of goal. Luke Stuckey and McDonald were getting in on the action as they made it three straight for the Blues.

Scott was instrumental in setting up the Blues’ fourth major for the term combining with Frazer Brouns to provide the side with a five-point lead.

Consecutive misses to Churchill handed Rosedale a reprieve, before the Cougars scored through Campbell to hit the front. It was short lived as McDonald added another to again arrest the lead back, and it was followed by Stuckey’s second which was gifted after an undisciplined act by Kurt Holt resulted in a 50 metre penalty for failing to pass the ball back to Stuckey.

The Blues took an eight-point lead into the long break.

It was a hungry and focused Churchill outfit which emerged from the rooms for the second half. The Cougars slammed six majors during the third term with Tim Darby dictating play in the forward 50 to boot consecutive majors.

The Cougars’ brilliance turned an eight-point deficit into a 22-point lead at the final change.

Despite both sides hitting the scoreboard early the goal umpires were kept relatively quiet in the final term, with Churchill doing enough to put the result beyond doubt.

Brighton was again at his dominant best, taking on his opponent and providing a wise head when the game was in the balance, Dillion Leys played a key role, Brad Knowles played various roles, while Campbell provided the spark around goal.

For Rosedale, Fleming left nothing in the locker room, Stuckey came in and out of the game, taking on various roles, and Cantwell was instrumental in dictating the ruck contests around the ground, but the Blues couldn’t get a roll on in front of goal when the game was in the balance in the third term.

CHURCHILL will also meet Heyfield in the reserves second semi-final after defeating Cowwarr 16.9 (105) to 6.11 (47). A seven-goal to one first half set-up the Cougars’ victory.

TRARALGON-Tyers United defeated Glengarry in the thirds 11.12 (78) to 7.12 (54). The Bombers will meet Churchill in the second semi-final.