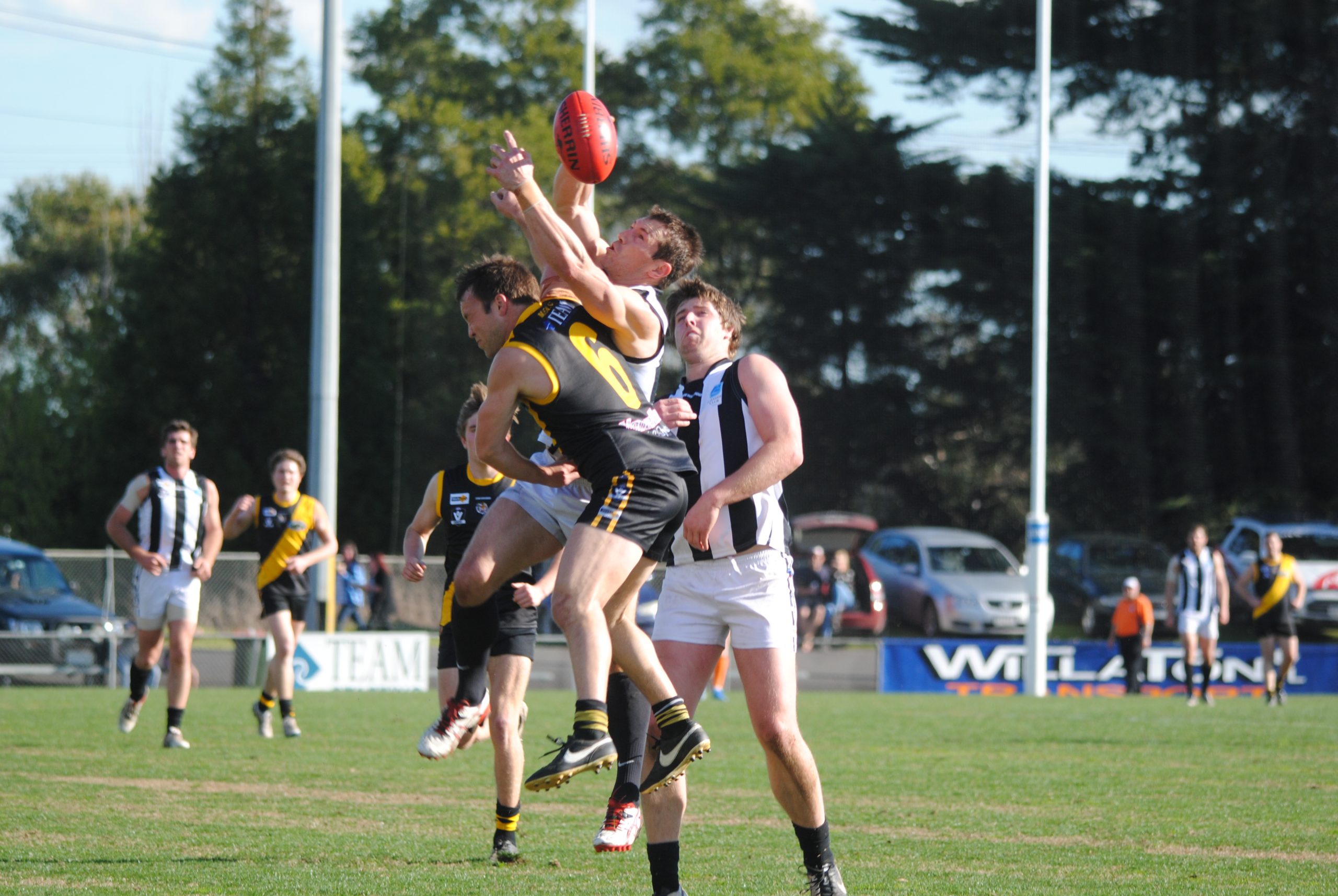 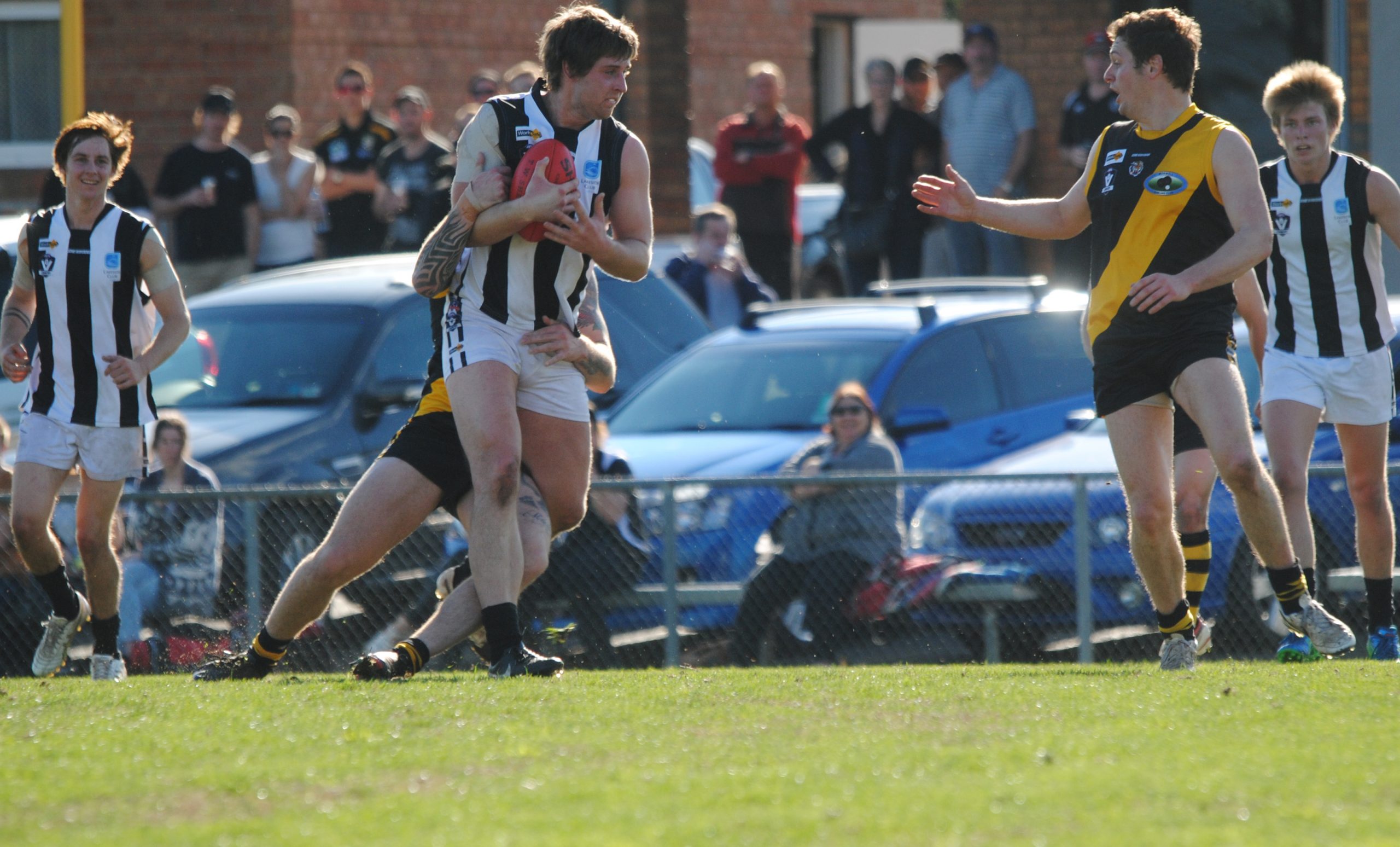 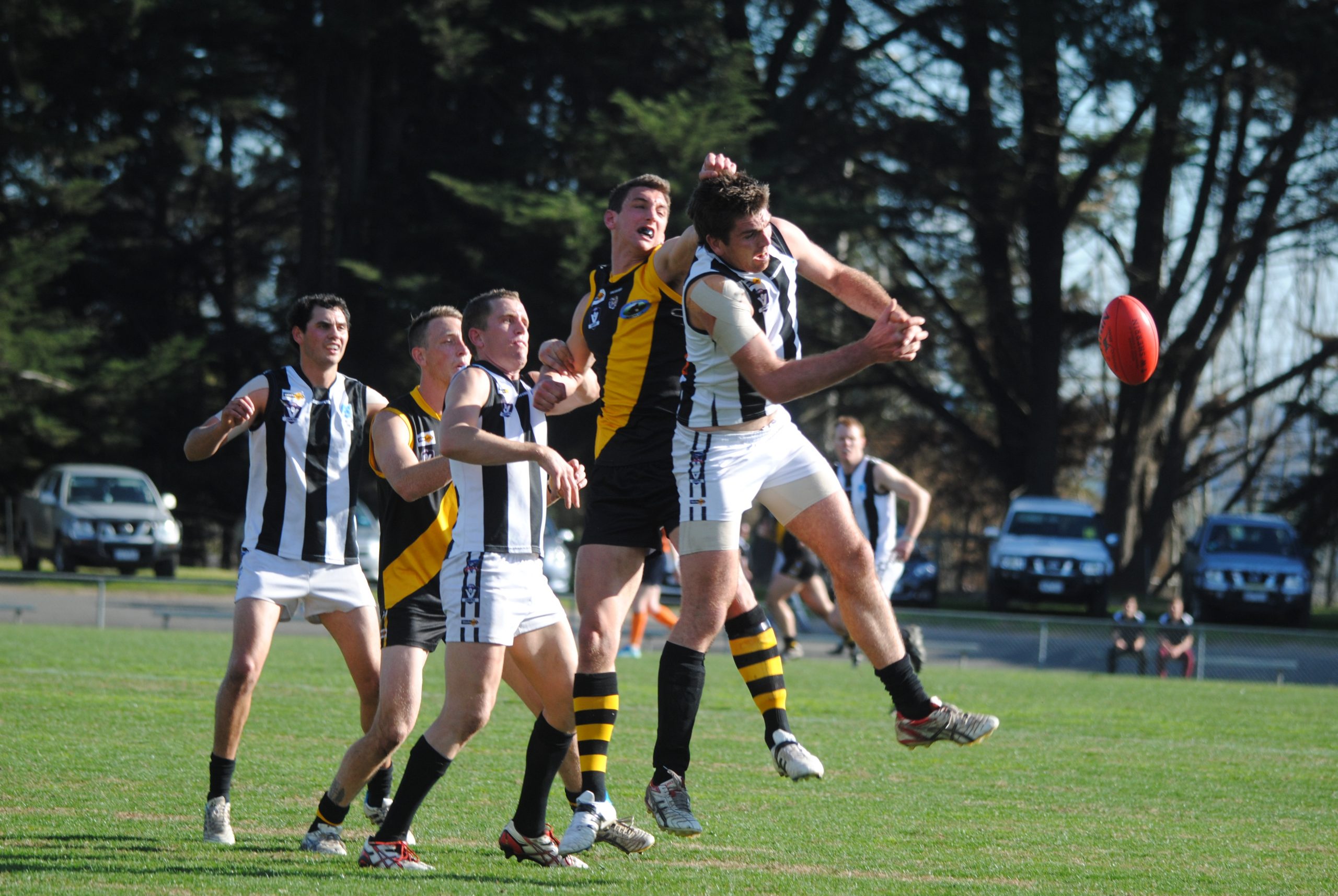 MORWELL moved to the top of the Gippsland League football ladder having defeated a disappointing Sale by 27 points at Morwell.

The Tigers have now earned the week’s break, while the Magpies will face Wonthaggi in the qualifying final at Traralgon next Saturday.

Sale suffered major setbacks before the match when Jason Gram and Luke Collins withdrew from the selected side, however Morwell deserved the win as it displayed superior leg speed and were more purposeful with their use of the ball.

The Magpies lacked enthusiasm, were indecisive and allowed the Tigers too many uncontested possessions during the first three quarters.

On the other hand, Morwell was determined to get the ball to the outside where Tarkyn Locker, Joel Soutar, Boyd Bailey, and Mannon Johnston did most of the damage in its forward area.

The Tigers also had a match winner at centre half-forward in the high marking Ashley Close, who was a big worry for the Magpie defenders.

Morwell had the edge at the centre clearances and won most of the stoppages.

The Tigers had set-up a game high 37-point lead at three-quarter-time before the Magpies lifted their work rate to stop the home side’s run. The Magpies then redeemed themselves by clearly winning the final quarter.

Only inaccurate kicking for goal – 2.5 to the opposition’s solitary goal – prevented the Magpies closing the gap even further.

Kicking three posters late in the game did not help the Magpie cause either, but the final result was never in doubt.

The damage could have been worse for the Magpies except for a sterling effort by Shane Fyfe, Joel Wallace and Bodhi Walker in defence. Fyfe, in a best-on-ground performance, kept on getting kicks as he continually drove the Magpies forward.

A solo effort up forward by Matt Ferguson, with three of the Magpies’ six goals, was their only effective focal point.

It was a big wake-up call for the Magpie players, who can expect a solid workout at training this week needing to restore their skill level if they are to progress through the finals.

Fortunately, Sale will welcome back some of the experienced players who were missing from the current line-up.