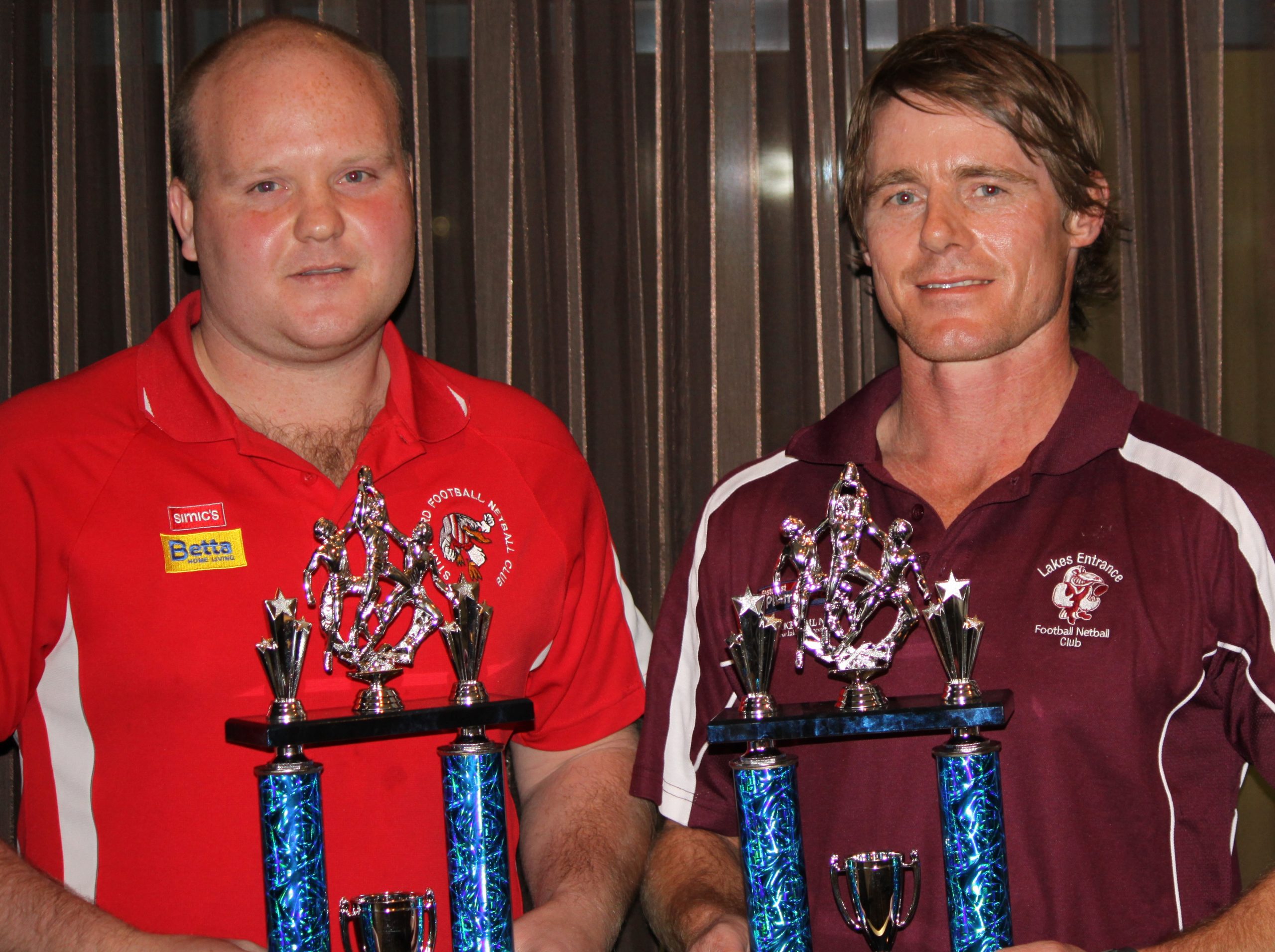 On Monday night, Ashcroft polled 19 votes, finishing one ahead of Lindenow’s David Donchi.

Stratford’s success on the football field and netball court this season was reflected in its players receiving awards.

Aaron Lynch won the reserves football best-and-fairest on 30 votes, finished well ahead of runner-up Martyn Greaves of Lakes Entrance on 14.

Merewalesi Pritchett shared the B grade netball best-and-fairest with Wy Yung’s Kirby Banks after both finished on 17 votes. Keonie Hayes of Paynesville was next best with 15.

Breanna Kerton was runner-up in the C grade best-and-fairest with 16 votes, three behind winner Karina Robinson of Orbost-Snowy Rovers.

Wy Yung’s Josh Broome won the under 18 football best-and-fairest with 26 votes ahead of Paynesville’s Thomas McKay on 24.

The Spirit of Sport Football Award went to Jae Derbyshire of Orbost-Snowy Rovers, while the Rising Star Award was shared by Thomas McKay (Paynesville) and Deven Costigan (Lucknow).

The under 18 goal kicking award went to Lachlan McDonald of Paynesville, who kicked 72.

The under 16 football best-and-fairest was shared by Max Battel (Orbost-Snowy Rovers) and Khom Falla (Lucknow), both with 20 votes. Next best were Corey Dennison (Wy Yung) and Jesse Guarnaccia (Lakes Entrance) on 19.

Aaron Matthews of Lakes Entrance won the under 16 goal kicking on 54.

Brighton and Stubbe polled 25 votes each, along with Yarram’s Griffin Underwood, who was ineligible for the award.

It was the second year in a row the competition had joint medallists.

The A grade netball award was won by Rosedale’s Brownyn Tebb.