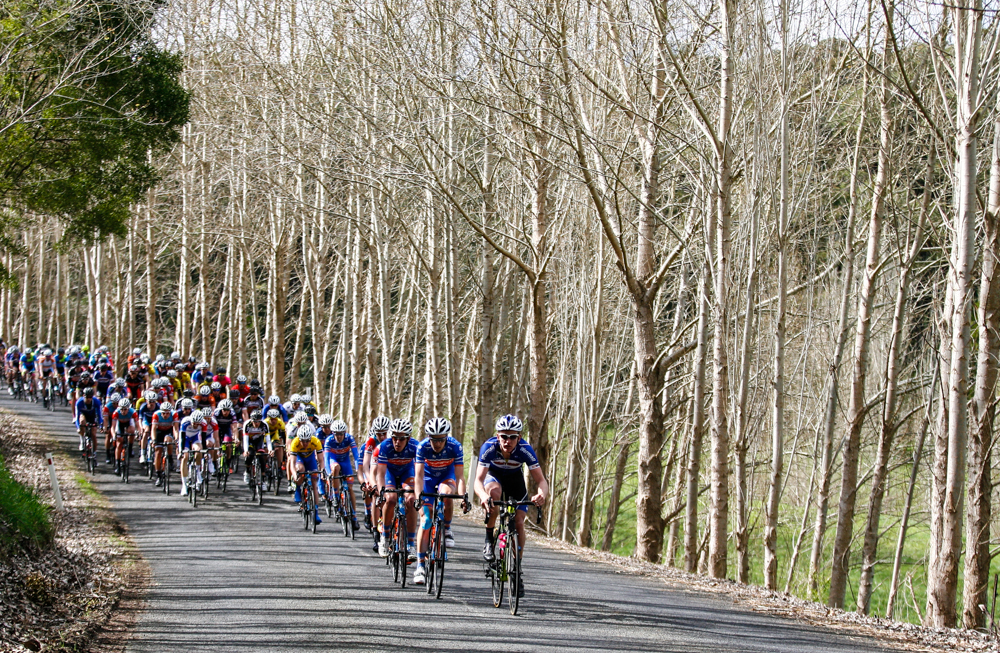 GOLD Coast cyclist Jesse Kerrison clinched stage two of the Tour of Gippsland in a sprint finish in Yinnar.

“My grandparents are here, they have been travelling around Australia and timed their trip perfectly to be here, I haven’t raced in front of them for probably five or six years so it’s a special win for me,” Kerrison said.

On a day full of rolling hills and steep descents, Kerrison kept quiet until the final gallop to the line, where he led from 200 metres to go.

“Brenton was coming on my left, and Scott on my right so I was in an Avanti sandwich,” quipped Kerrison. “I had to go a little bit early because we were starting to get swamped, it was probably a risky move but I had to do it.”

“The boys are riding awesome,” Law said. “Myself and Brenton are placed quite high on the general classification so we’ve got quite a few cards to play.”

The day began in Leongatha, with riders traversing 115 kilometres through the Strzelecki Ranges towards Yinnar.

From the gun, the pace remained high until the first sprint of the day which was won by Angus Tobin.

After 27 kilometres of racing, Queenslander Craig Evers attacked the peloton and managed to hold a 30 second gap for 10km before eventually being caught on the first King of the Mountain.

The group worked well and gained over a one minute advantage however the collective power of the peloton soon proved too much, scooping them up inside the final 15km.

Evers was awarded the Crossco Most Aggressive rider for his efforts, while Cameron Bayly picked up the King of the Mountain jersey.

Kerrison’s victory also propels him into the lead in the young rider and the sprinter classifications.

The tour continues on Friday in Sale with a criterium followed by a road race concluding in the seaside town of Port Albert.

“It will be a tough little crit tomorrow but we’ll do what we can to keep the leaders jersey on Avanti shoulders,” Law said.