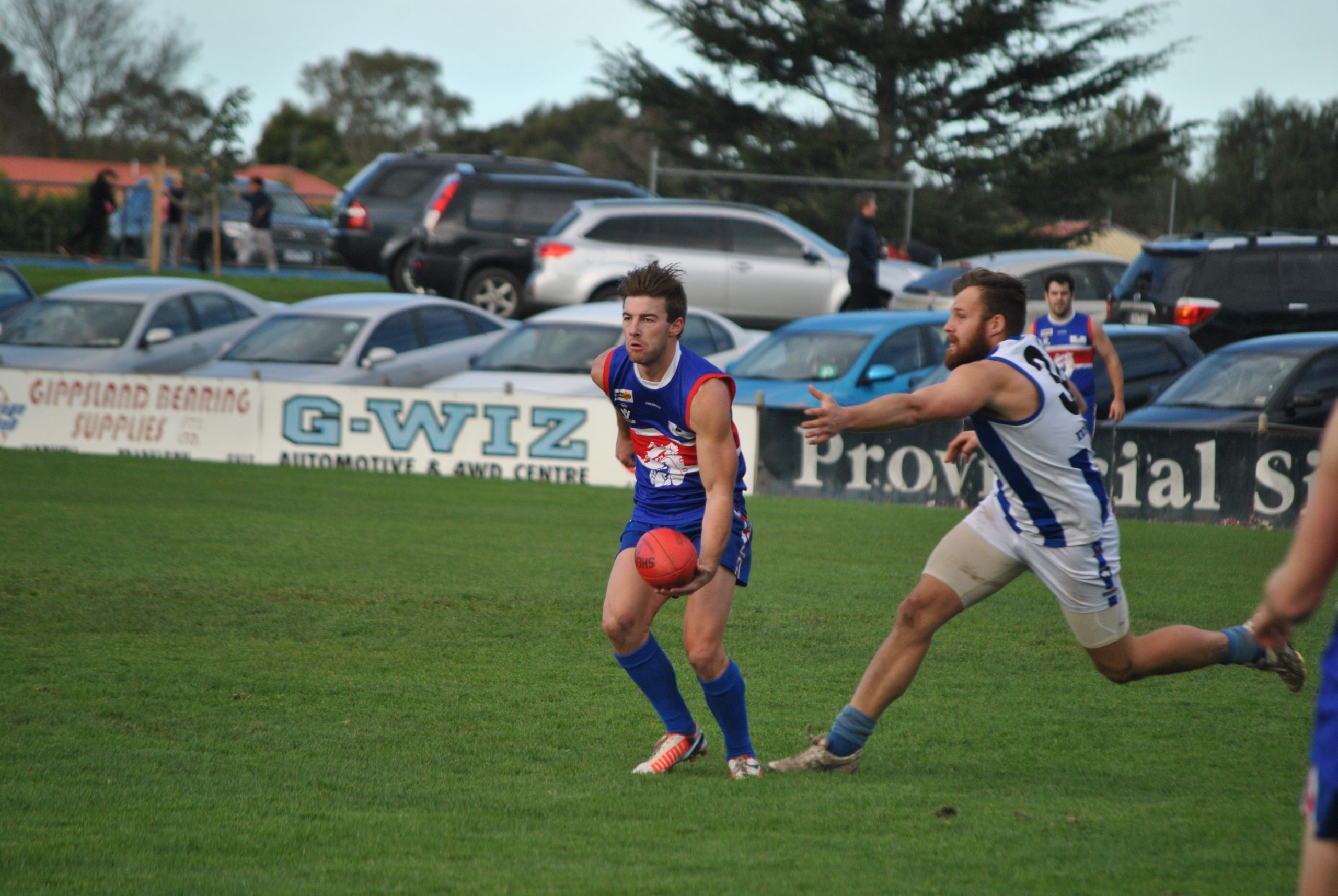 CHURCHILL and Sale City will battle for the right to meet Heyfield in the North Gippsland football grand final.

After their seven-goal semi-final loss to the Kangaroos, the Cougars will be looking to rebound against the Bulldogs in Saturday’s preliminary final at Maffra.

While last year’s runner-up Heyfield had had the tag of “premiership favourite” hanging over it for most of the season, Churchill has been the side that has been favoured to play off for the title against the Kangaroos, while pre-season predictions suggested Sale City would again languish outside the top five. How wrong they were to be.

Beginning the season strongly, the Bulldogs quickly demonstrated an impressive resurgence, winning six of their opening seven matches, dropping the points in round two to Heyfield.

Admitting his side was out-played by Heyfield last weekend, Cougars coach Allan Chandler said it would need to lift against the dangerous Bulldogs.

“Sale City will be a different challenge. The big challenge will be negating the influence the big three have, being Matt Lutze, Jake Schuback and Hayden Burgiel,” he said.

“They, Sale City, have been very good the last few weeks and our results this season will mean nothing with a grand final spot on the line.”

The Bulldogs have been convincing in their two knock-out final clashes over the past fortnight.

Coming into the contest on the back of a blistering seven-goal victory over a highly-fancied Rosedale outfit, City is confident of making its way from fourth position to book a grand final berth.

However, the second-placed Cougars will provide an almighty obstacle, having dished the Bulldogs up a 89-point thumping when they last met in round 16.

On that occasion, Brendan Holt, Brad Knowles and Nick Celima booted 15 of the Cougars’ 20 majors.

Earlier this year, the Bulldogs secured one of their best wins for the season when they defeated the Cougars at Churchill by 17 points.

“Having beaten a side during the home-and-away season helps you mentally, but it is like the old cliché finals are a different ball game,” Sale City coach Hayden Burgiel said.

Burgiel was complimentary on his side’s composure and efforts in the cut throat final against Rosedale, however will be looking for continued improvement and effort from his charges.

“We played exactly how we wanted to play. Having only met them a few weeks back where we played pretty well despite not getting the points, we knew what we had to do and how we needed to play to get the win,” Burgiel said.

“The guys have been training well. To get them focused on the next game I have been putting it back on to them, getting them to think about what we need to do and where we need to improve going into the next clash.

“This has seen the more quieter guys speak and step-up. There isn’t any more passengers, guys riding on the back of the top 10 or so players, everyone has stepped up and we are addressing exactly what we need to do out on the training track.”

With plenty of midfield depth, a power forward, whose left foot is the deadliest in the competition, and a fleet footed running brigade, there is plenty Chandler and his coaching panel will need to negate if they are to halt the Bulldogs.

But Burgiel won’t be drawn into what others will do.

“We will be worrying about ourselves, and focusing on what we need to do. We went into the match a fortnight ago with 10 to 11 guys that hadn’t played senior finals footy before, so to get the experience under their belt and to see the younger guys step-up another level has been great,” he said.

“The key is to get it all right on the day. The guys know what’s at stake, this week they will need to elevate their game to another level.

“We have looked at who we will need to halt. We will be hoping that we can get (Matt) Lutze up from a hamstring to take on (Andrew) Brown in the ruck, we know the influence and damage that he can have on a game.

“If Brown is on song and can feed the ball straight down the throats of the likes of Travis Brighton and Chris Williams, it really sets them up. If we allow them this luxury, we will be behind the eight ball from the start.”

Burgiel conceded ther be was likely to be some changes to the line-up with Brad McKay and Rowan Bell waiting in the wings.

CHURCHILL and Cowwarr will play in the reserves.

The winner will next week play Heyfield, which has advanced to a fourth straight grand final.

Yarram, which accounted for Woodside.

The Cougars will be looking to advance to thirds grand final for the third time in four seasons.