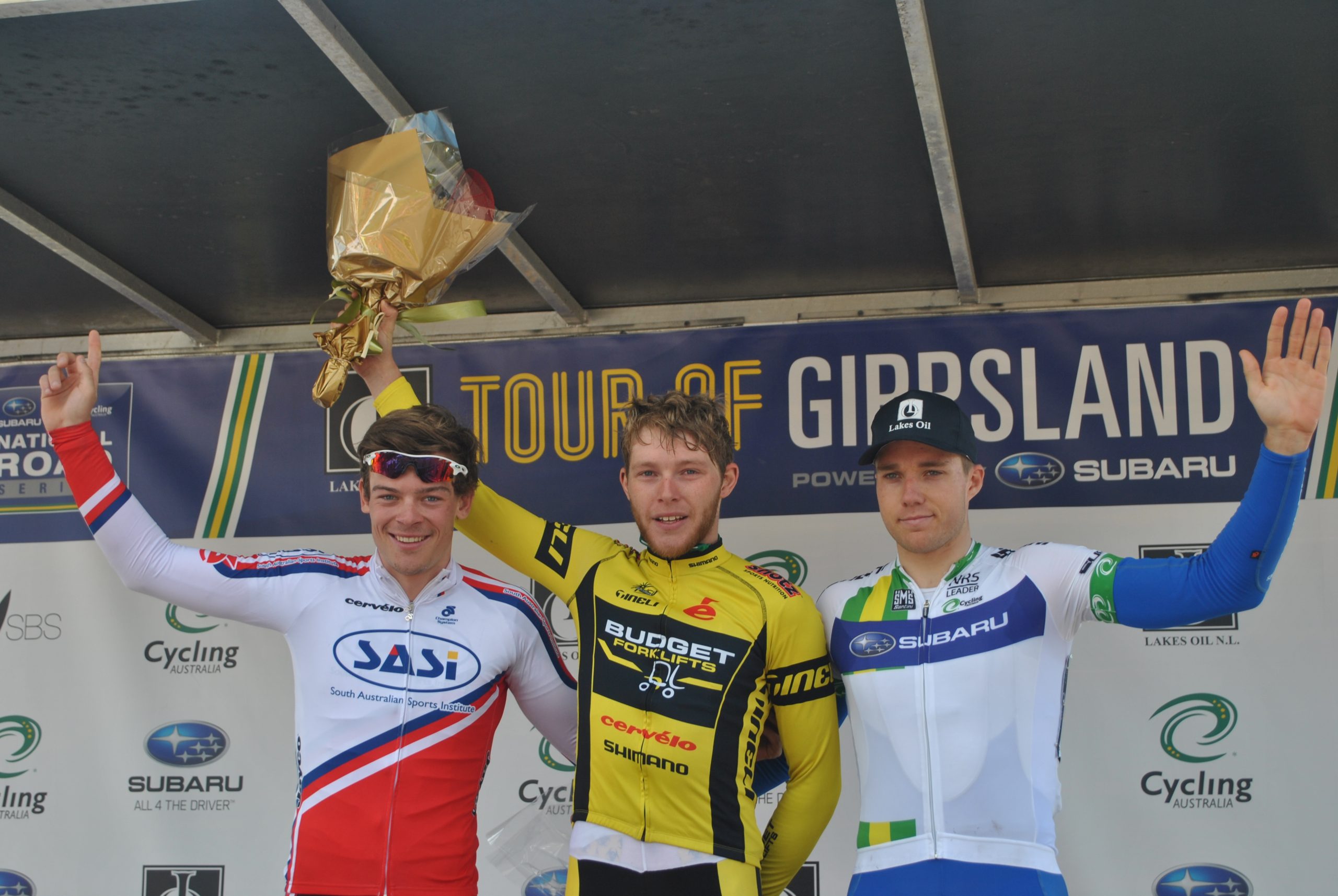 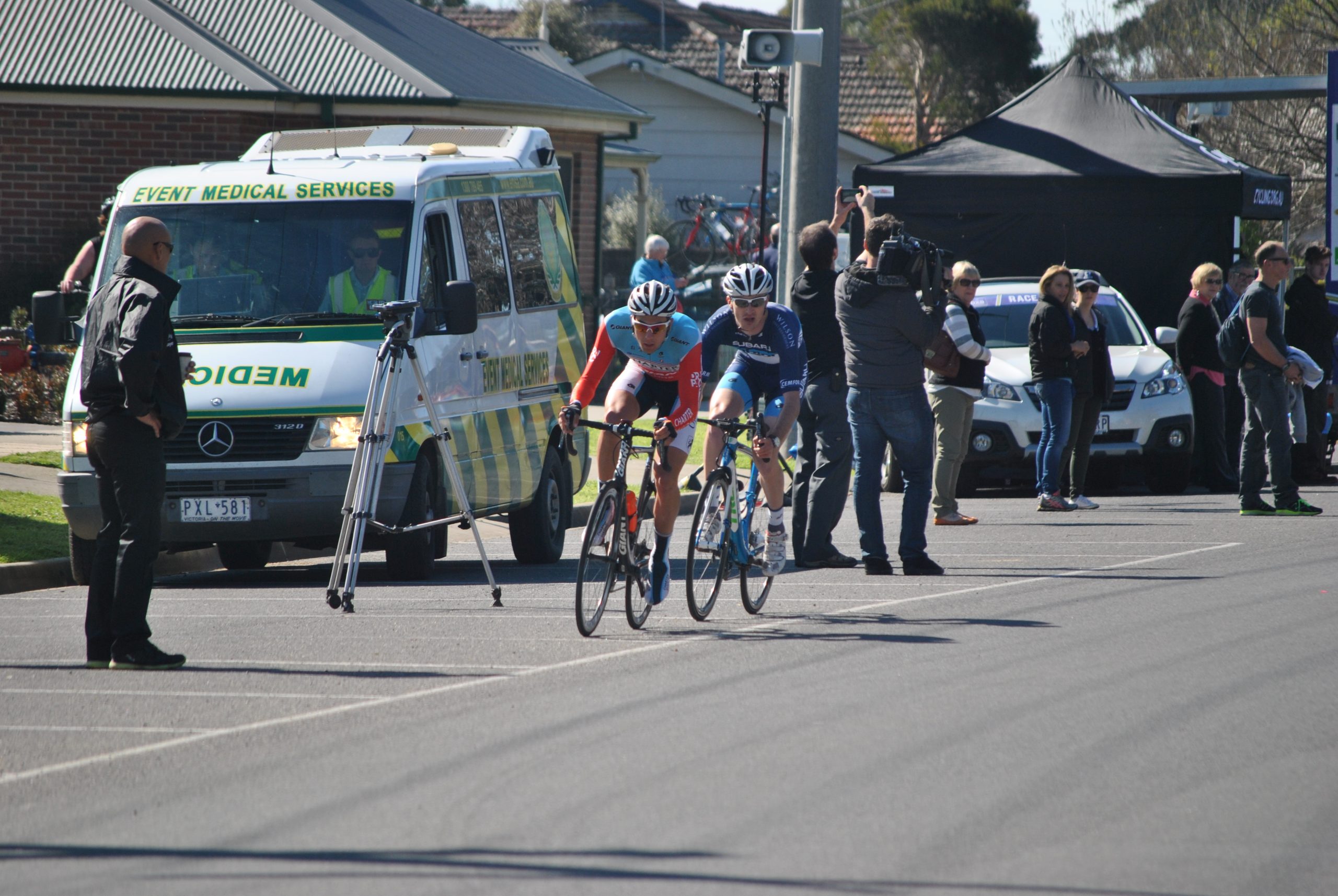 The Queenslander won the 36 kilometre criterium in Sale, one day after taking out stage two’s road race from Leongatha to Yinnar.

“It’s the first time I’ve ever got two in a row so that’s good for the confidence,” said Kerrison.

“Michael Freiburg hit and I jumped on his wheel, it was perfect. It looks like Alex Edmondson really flew home.”

The race was animated by a strong two-man break including Germany’s Raphael Freinstein and Darcy Ellerm-Norton.

The duo gained a 40 second advantage and we still holding a solid break with just 10 laps remaining. Overnight race leader Avanti Racing took up the chase early until four laps to go when Budget Forklifts took the reigns for Kerrison.

“Raf and Darcy got off the front at the start and that gap got out so quickly, it blew out to 40 seconds. It was touch and go for a bit but the strength of an eight man team out-weighs the two man break,” Kerrison said.

“Avanti were chasing to save the yellow jersey and we sat back and waited for the lead-out. We only caught Raf on the last lap so it was close but the boys did exceptionally well.”

The riders head from Sale to Port Albert for the fourth stage.