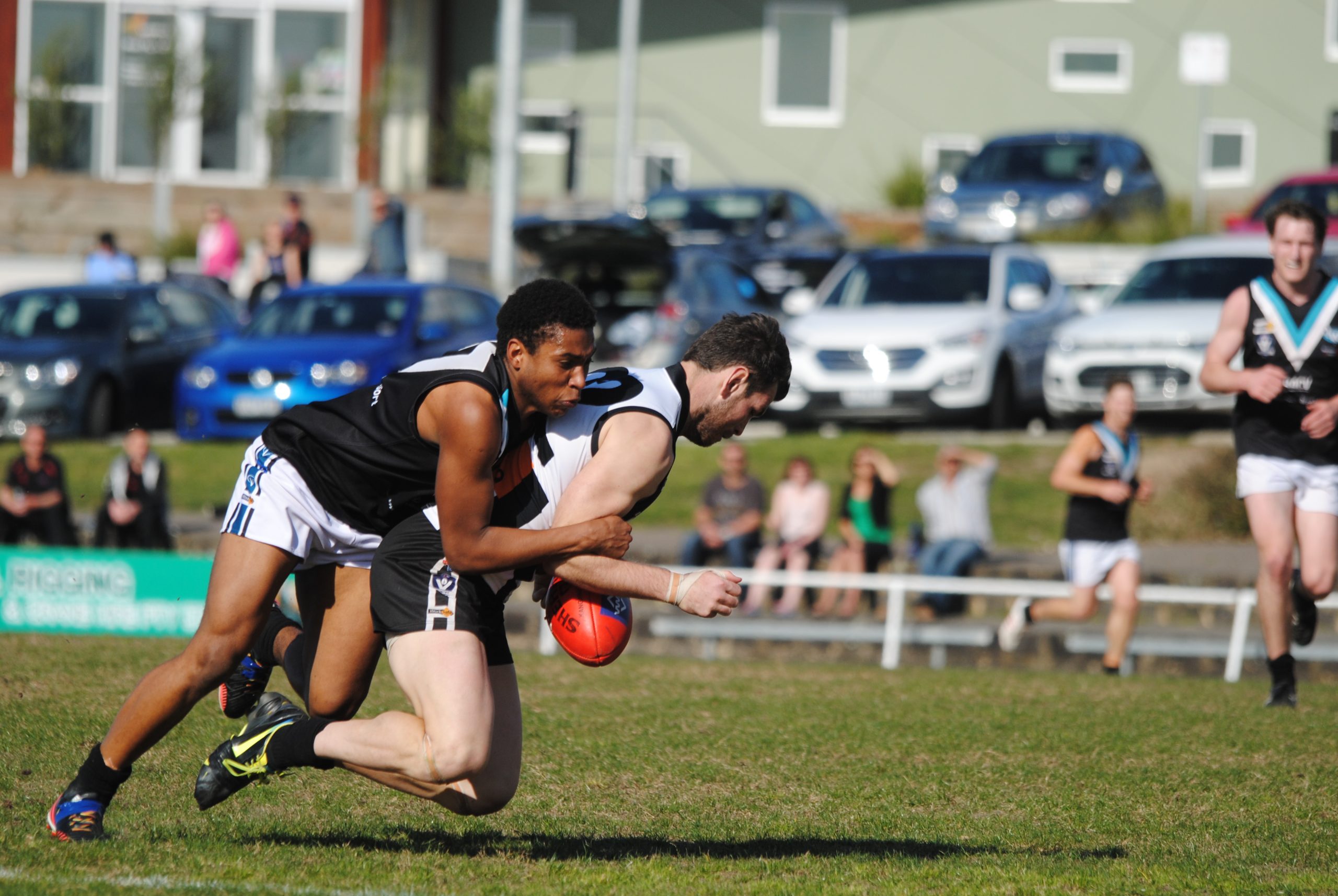 SALE was knocked out of Gippsland League football premiership contention in spectacular style when Wonthaggi stormed home in the final quarter to win the preliminary final by two points.

The 45-point margin was the most any team had trailed by at three-quarter-time to win a senior game in the Gippsland League.

The previous record was held by Drouin, which came back from 43 down to defeat Maffra in a home-and-away match in 2009.

With the aid of a stiff breeze in the final quarter, Wonthaggi gradually made inroads into the three-quarter-time deficit, and when Michael Kelly snapped a goal at the 30-minute mark, the Power hit the front for the first time of the match.

It was a classic come from behind finals win by the Power.

During the first three quarters, Sale by far had the better of its opponents and held what appeared to be a commanding lead at the final break.

Sale also won the clearances and was much cleaner with their use of the ball.

In a big second quarter the Magpies kicked four goals in five minutes to stretch the lead out to 35 points by half-time.

Wonthaggi’s only shining light in the first half was full forward Earl Shaw, who kicked three of its four goals.

Sale’s three-quarter-time lead should have been much greater had it not wasted opportunities by kicking 3.6 for the quarter. After that, the Power played inspired football with Jack Blair, Eli Richards, Aiden Lindsay, Troy Harley, Nathan Jones and Aaron Ware all standing up to give the Magpies defence a torrid time and placing it under extreme pressure.

Despite valiant attempts by defenders Shane Fyfe, Chris Laverty and Jordan Dessent, the Magpies were not equal to the task.

The telling factor in the Power’s final quarter blitz was its 13 inside 50s to the Magpies’ six.

For the second time in two weeks Sale supporters were disappointed to watch the Magpies fail to score in the final quarter, despite having a couple of chances to seal the result.

Both fade-outs were to prove costly to a disappointing Sale which had held top position on the ladders for most of the season.

SALE’S day got off to a bad start in the early games when its under 16s went down to Maffra by nine points, having surrendered a good early lead.

Maffra also won the under 18s in nail biting finish by 10 points, having kicked the final two goals of the match.

Traralgon set up a reserves grand final against Maffra after defeating Wonthaggi by 68 points.