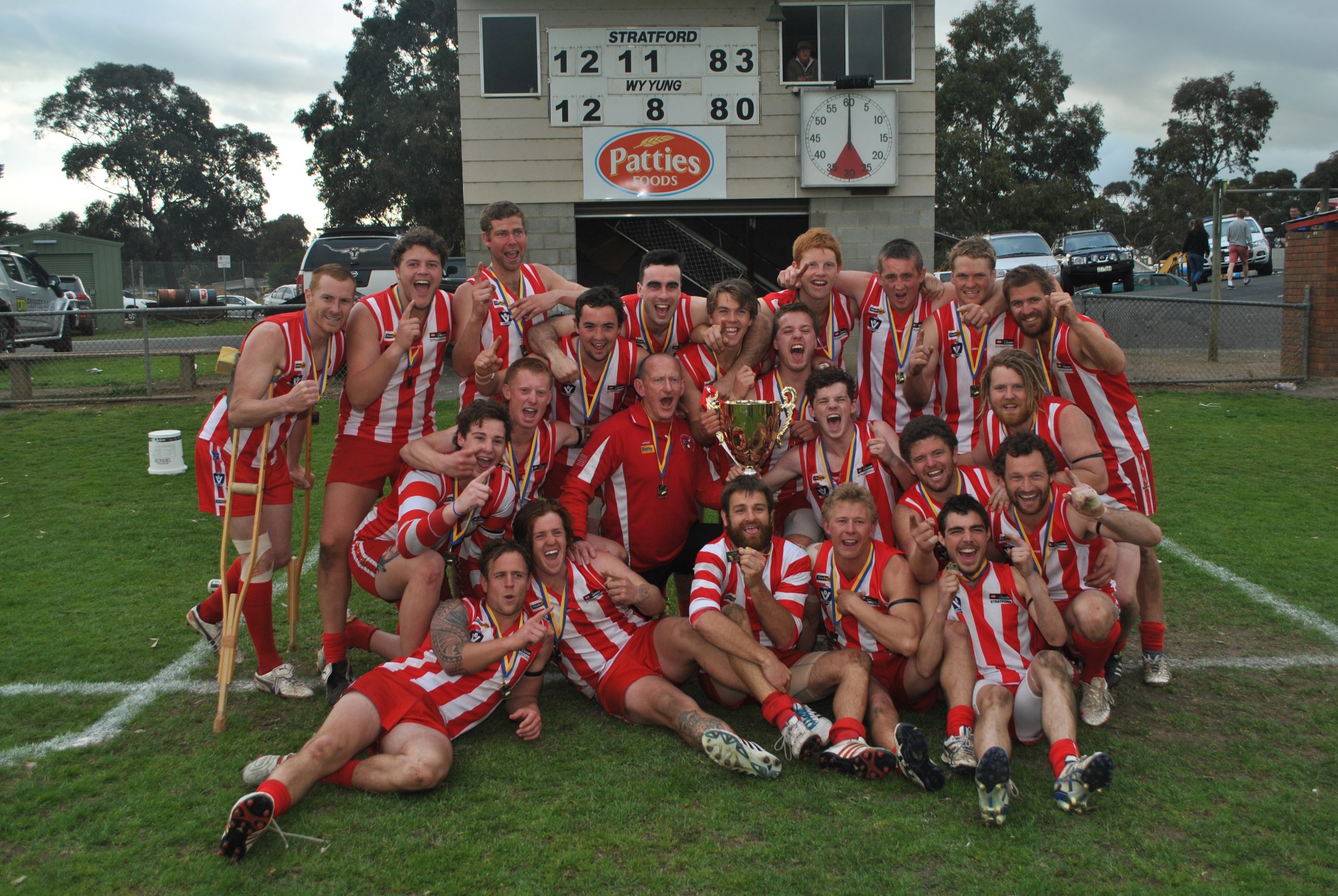 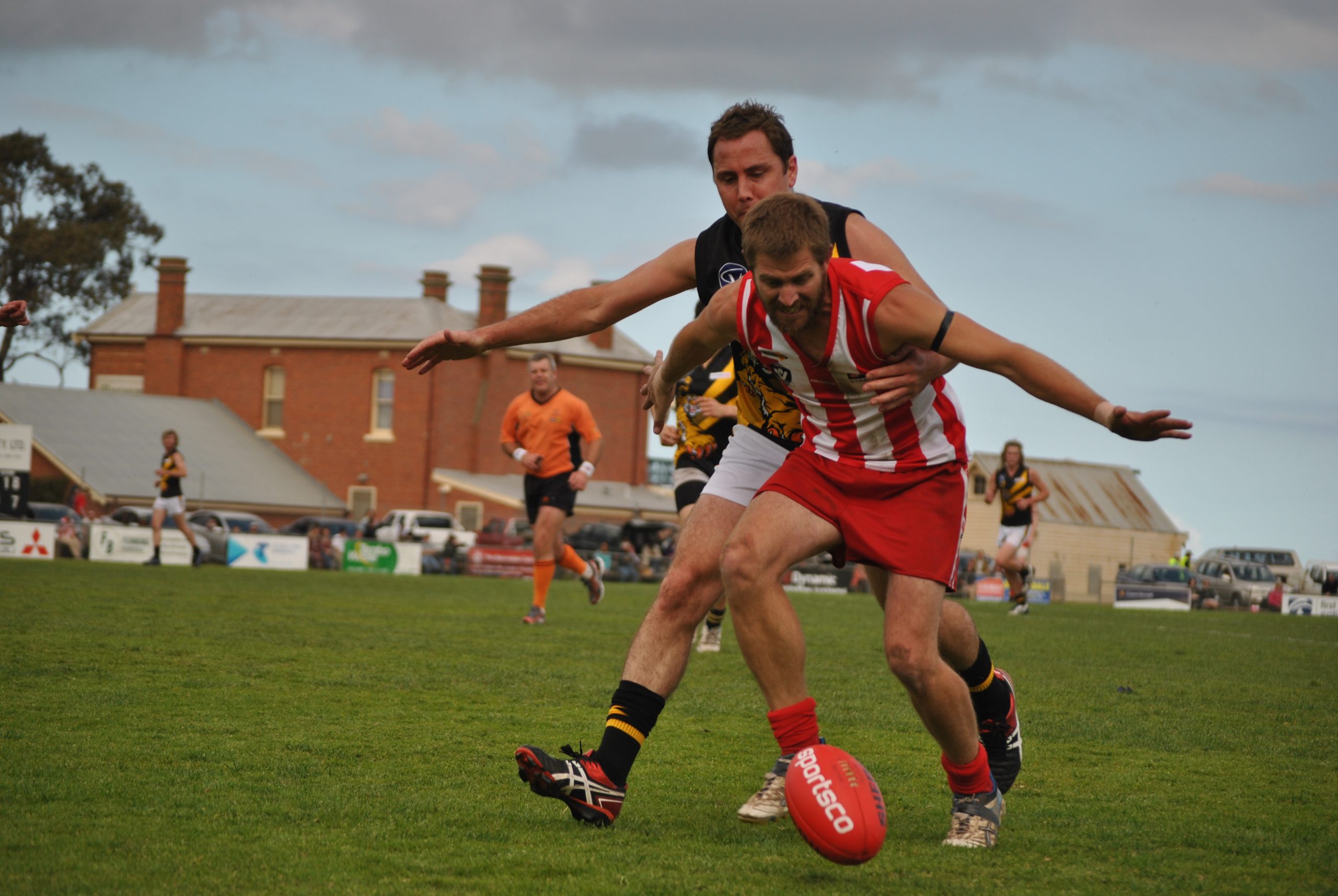 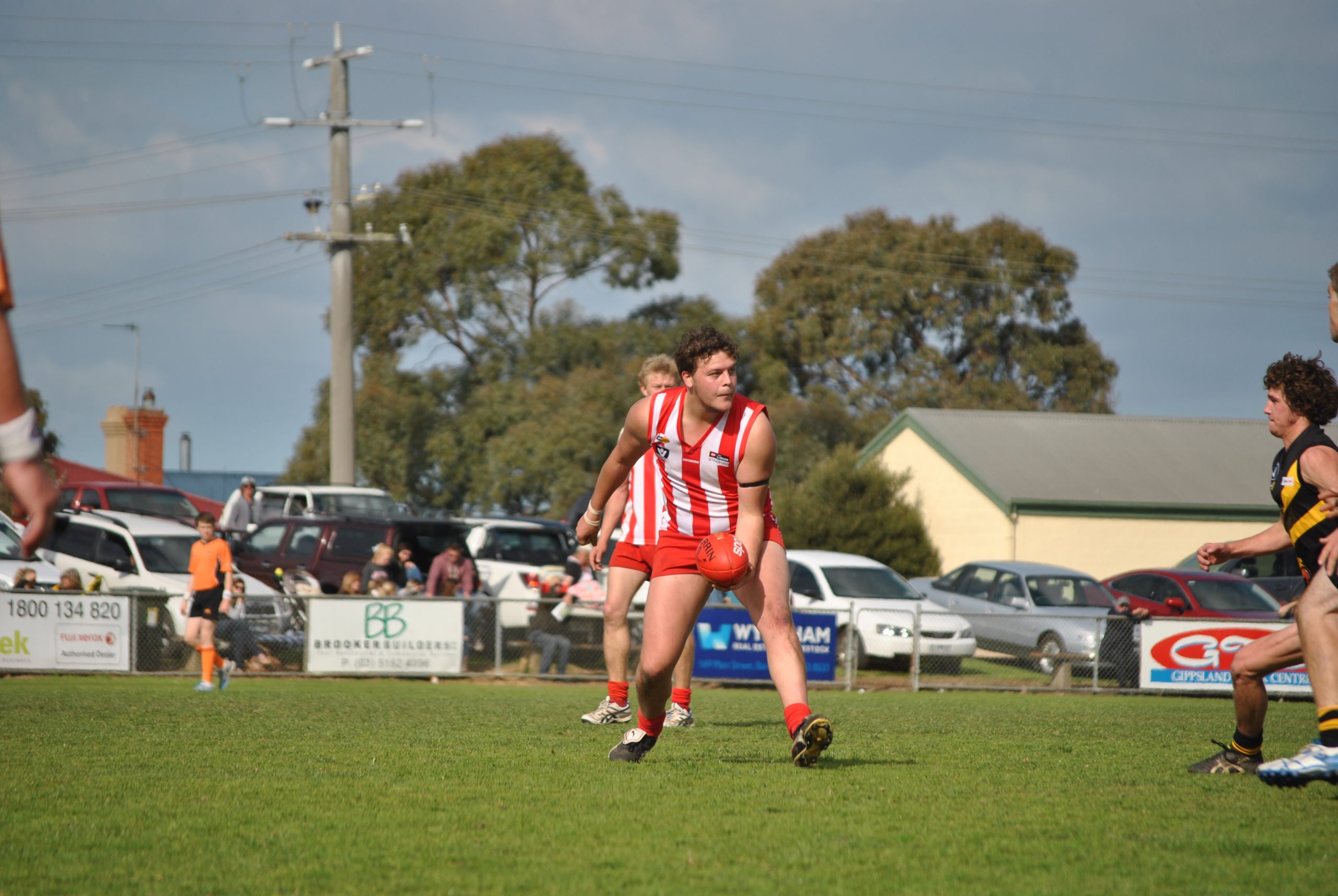 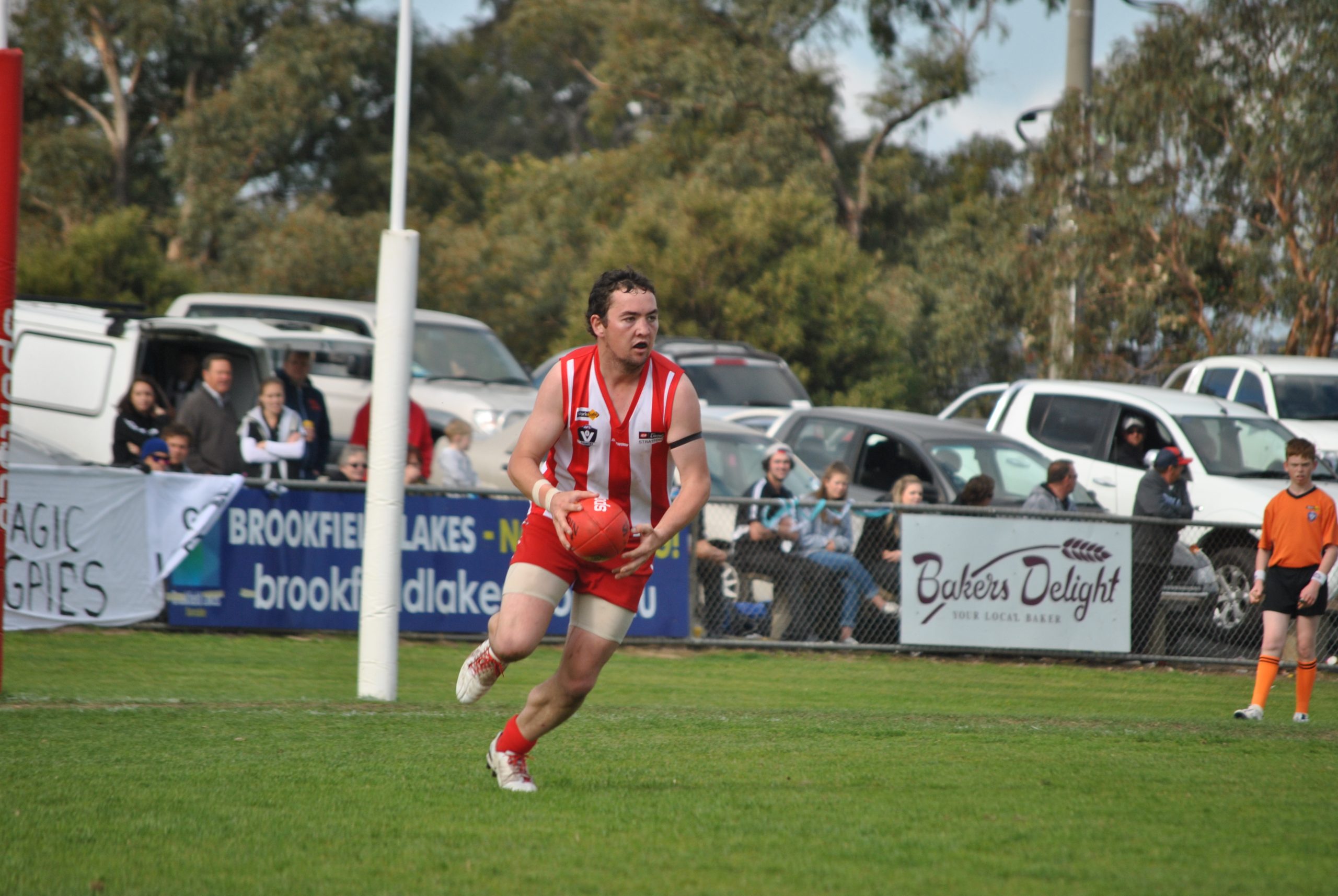 TWO seconds – that’s what separated Stratford from agony and ecstasy.

That’s how was time was remaining when Josh Kiss kicked a goal to put Stratford back in front.

The ball returned to the centre to resume play before the siren sounded, signalling the start of the Swans’ East Gippsland football premiership celebrations at Bairnsdale on Saturday.

The Swans led Wy Yung by 25 at the final change before the Tigers made a charge, booting four goals.

A goal from Mark Sellings, his seventh for the day, put the Tigers in front for the first time with less than two minutes remaining.

Chasing their first senior premiership since 2003, the Swans needed to lift, and they did.

Young Jordan Robertson won a one-on-one battle on the wing to gather the ball and deliver it to Kiss on the lead.

Kiss, returning from injury to the senior side for the first time in a month and half, had been quiet all day, but stood up when it mattered most.

When the siren sounded, Swans coach Peter Morrison felt the emotion, describing the victory as his greatest thrill in life outside of family.

For the Tigers, it was a case of what might have been. They had begun the final term with five successive behinds before their run of four goals.

Michael Walker, named best-on-ground, used his skill to great affect in the midfield and attack, while Corey Scholtes and Lachlan Channing were also influential in the midfield, particularly after Joel Brayshaw injured his knee early in the second quarter and didn’t return to the field.

Along with Sellings, Chris Wheeler was instrumental in keeping Wy Yung in the game.

The Swans began well, having the better of a scrapping first term, booting four goals straight to lead by 11 points at quarter-time. Bacon kicked two goals from 50 metre penalties.

The Tiger reduced the margin to nine by half-time, despite the Swans having eight scoring shots to four for the second quarter.

The Swans appeared set for a comfortable victory after kicking five goals to three in the third term to lead by 25 points at the final change.

It took 13 minutes for the Tigers to kick the first goal of the final term, but 10 minutes later they were in front, only for Kiss’ major to take the cup away from them.