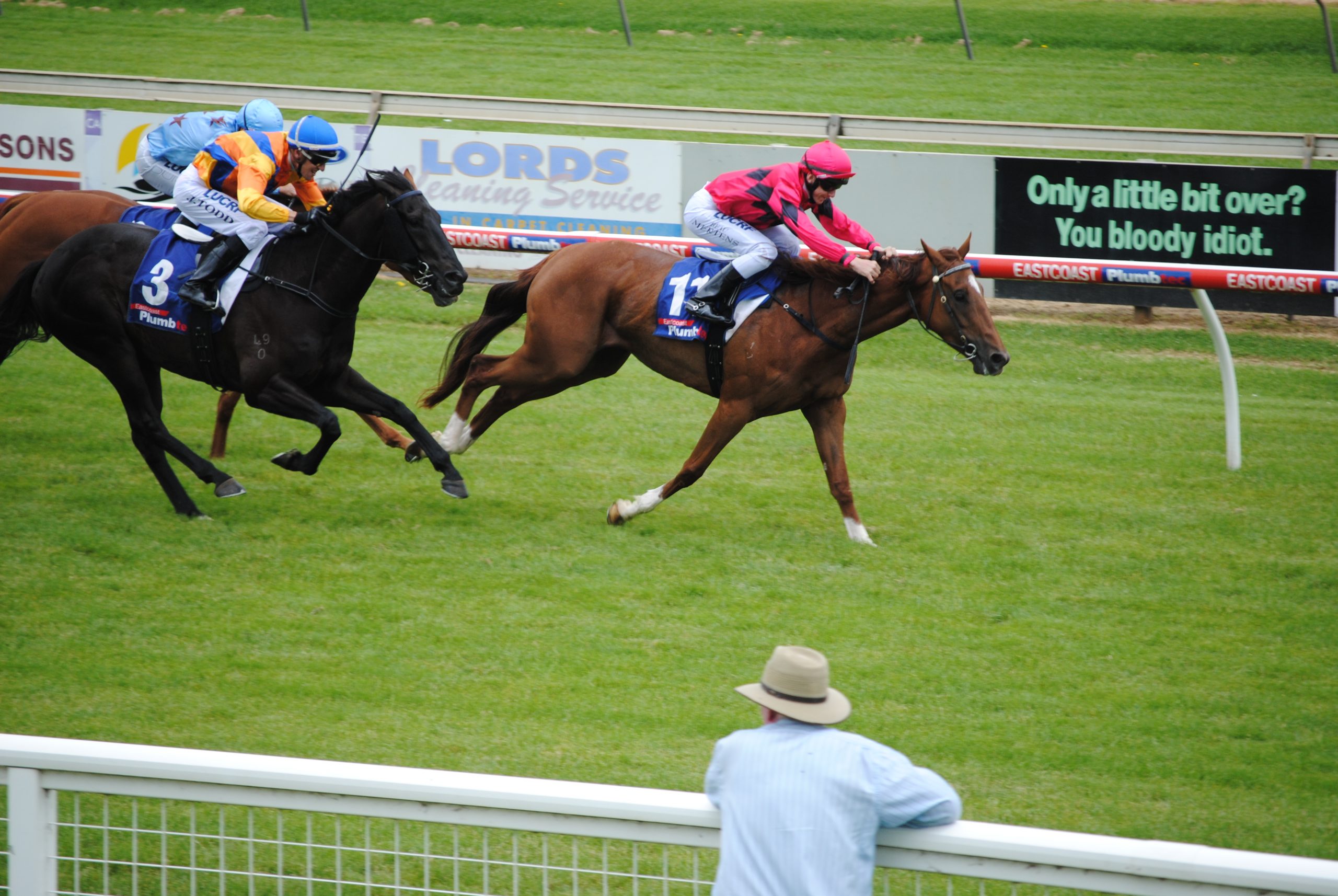 THE Christmas Eve races at Sale last Wednesday had a real holiday atmosphere with a good crowd at Sale Turf Club.

Operations manager Janet Leemon had the pleasant task of driving Santa through the crowd and both young and old gave Santa a great reception.

Strong fields made certain it was another top day at Greenwattle.

The race was won by Patrick Payne’s Churchill’s Wit who was coming off wins at Warrnambool and Geelong and a last start second at Kyneton.

New Zealand bred Stringy has been in the money 12 times from 21 starts.

The day ended on an even higher note for Andrew when he won the last BM64 Handicap with four-year-old mare Zedi Gold, ridden by Nicholas Hall.

Zedi Gold was coming off a last start second at Sale on December 3.

Second placed Famelist has also been racing well and third placed Villainous Vixen was a last start winner at Sale.

In a day of success for the Murrays, Michelle Murray who trains at Sale, combined with promising young apprentice rider Beau Mertens won race three the Maiden Plate with five-year-old mare Lardner Lou.

Recent good runs at Geelong suggested a win was just around the corner for Lardner Lou.

What A Hoot trained at Kyneton by Leon and Troy Corstens and ridden by Noel Callow won race two the three year old Maiden Plate.

The next meeting at Greenwattle will be held on Thursday, January 15.