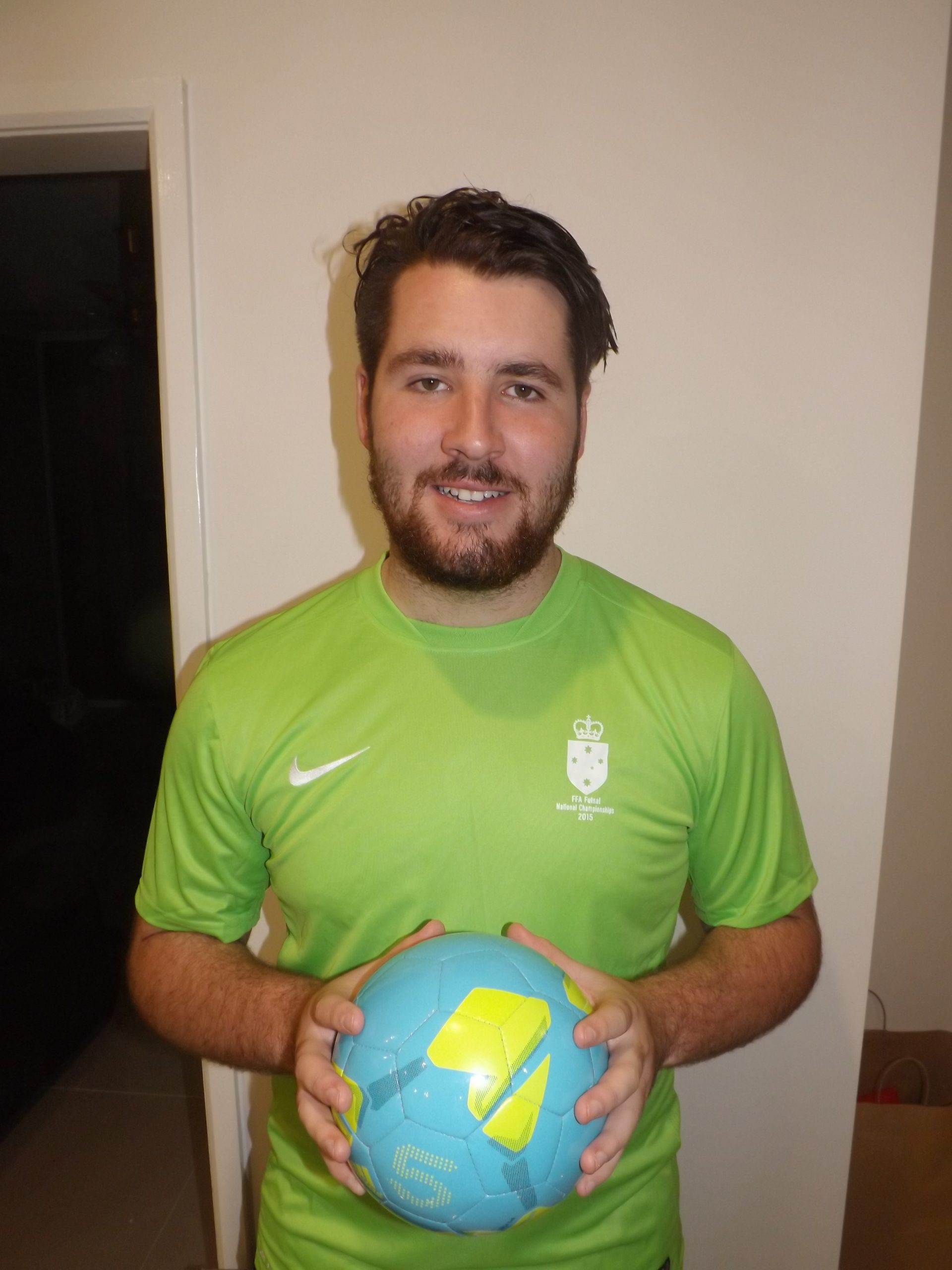 The 18-year-old from Sale has been selected as the number one goalkeeper for the Victorian under 19 indoor soccer squad, which made the semi-finals.

Held in Sydney this year after having the past 20 in Canberra, the open men’s and women’s competitions will not take place during the 34th national championships, with the focus turning to the youth ranks.

Victoria had a first round bye last Monday before beginning its campaign coming back from two goals down to defeat the Victorian under 23 team 3-2.

On Tuesday, Victoria lost to Boomerangs Blue 3-0. That night, Richardson scored a goal in a 4-4 draw with New South Wales Metro Lightning.

On Wednesday, Victoria lost to Boomerangs White 4-1 then lost to the NSW Metro under 23 side 7-0.

The team finished the round robin stage with a 6-0 loss to NSW Metro Thunder on Thursday.

Despite finishing the first stage in fifth place, Victoria advanced to the semi-finals with the NSW under 23 team, which came third, taking on its Victorian counterpart for the under 23 title.

The Victorian under 19 side lost its semi-final to eventual champion Boomerangs Blue, 4-0.

The only regional player in the Victorian squad, Richardson was selected in the state futsal squad for the fifth time. He has a national silver medal from a previous national championships.

Competing in the Wellington indoor tournament at the Gippsland Regional Sports Complex in both the men’s and mixed competitions, Richardson was invited to attend trials in Melbourne. He trained weekly until final selection into the squad two weeks ago.

Futsal is a five-a-side, fast and skilful sport and at the top level is exciting for both players and spectators. Many world class stars such as Lionel Messi and Cristiano Ronaldo learned their trade from joining futsal as juniors.