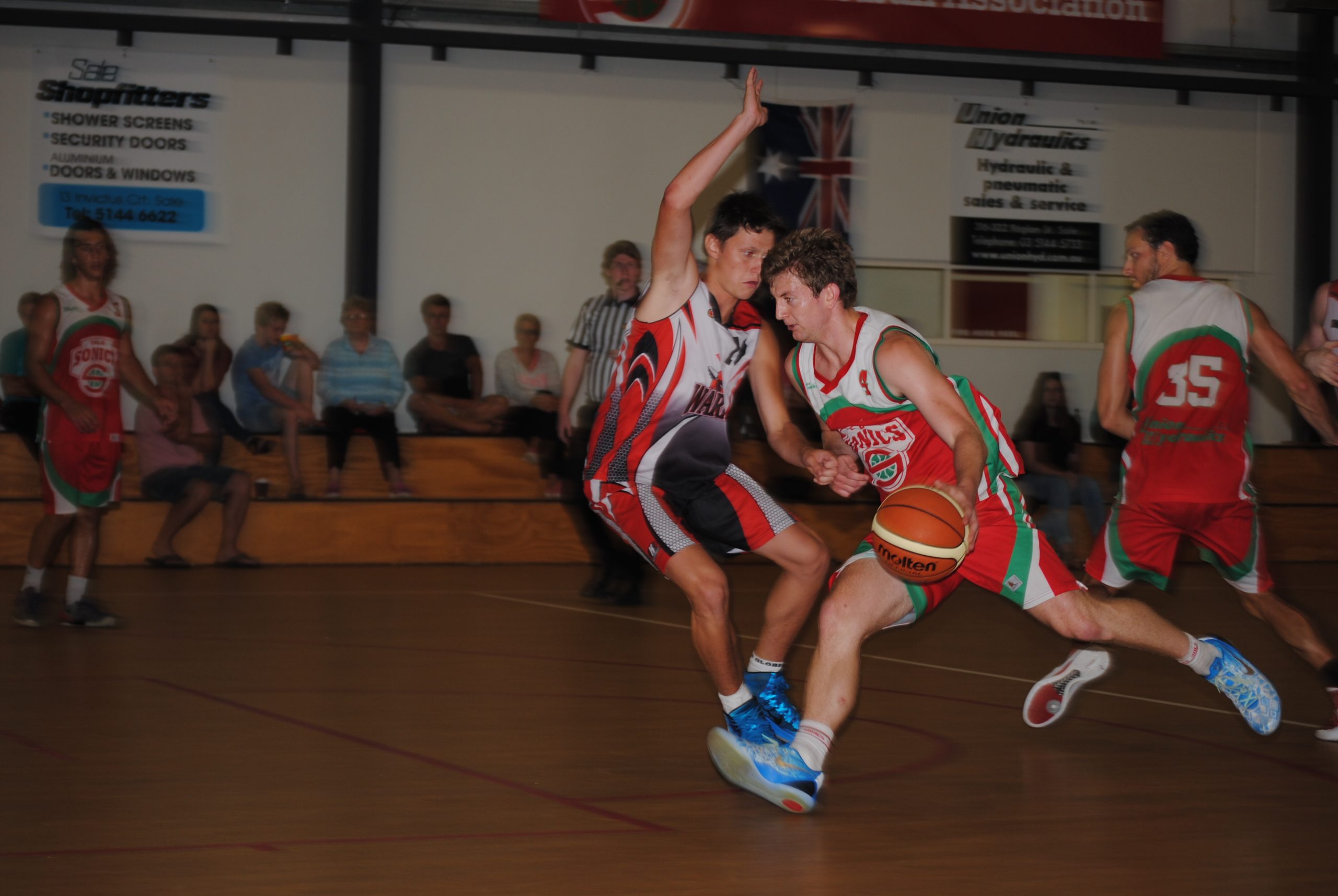 Following victories over Warragul and Western Port, the Sonics have moved into second place on the men’s ladder.

With two matches to play this weekend before the finals, the Sonics will be looking to secure a home semi-final.

Sale will host Bairnsdale on Saturday night from 7pm with their game at Latrobe Leisure Churchill on Sunday from 1pm potentially deciding whether the Sonics or third-placed Churchill gain a home final.

Last Saturday night, the Sonics won a tight contest at home against top side Warragul, 70-63.

Sale began well, scoring 19 points to 13 in the first quarter before extending the margin to seven points by half-time.

The Warriors narrowed the gap during the third term, heading into the final quarter down by five points, but the Sonics held their nerve to win by seven.

After their strong first quarter, the Sonics never looked back, adding their lead to comfortably win by 41 points.

Jack Gaze scored 26 points for the Steelers, who fell to fourth place on the ladder following the loss.

THE Maffra Eagles will need to win on Saturday night to have any hope of progressing to the women’s finals.

Despite a win at Moe over the ladder leading Meteors, the Eagles remain in fifth place on the ladder.

A victory over seventh-placed Warragul will move the Eagles level on wins with fourth-placed Churchill and potentially third-placed Western Port.

For the Eagles to make the finals, they will need to defeat Warragul and hope Western Port loses to Moe on Sunday.

Those results would put Maffra, Western Port and Churchill into three-way tie for third and fourth places. Based on results between the three sides, Churchill and Maffra would claim the two semi-final berths.

Leading by just two points at three-quarter-time, the Eagles lifted with a 19-12 final term to win by nine.

The Eagles will play at the Warragul Leisure Centre tomorrow night from 7pm.