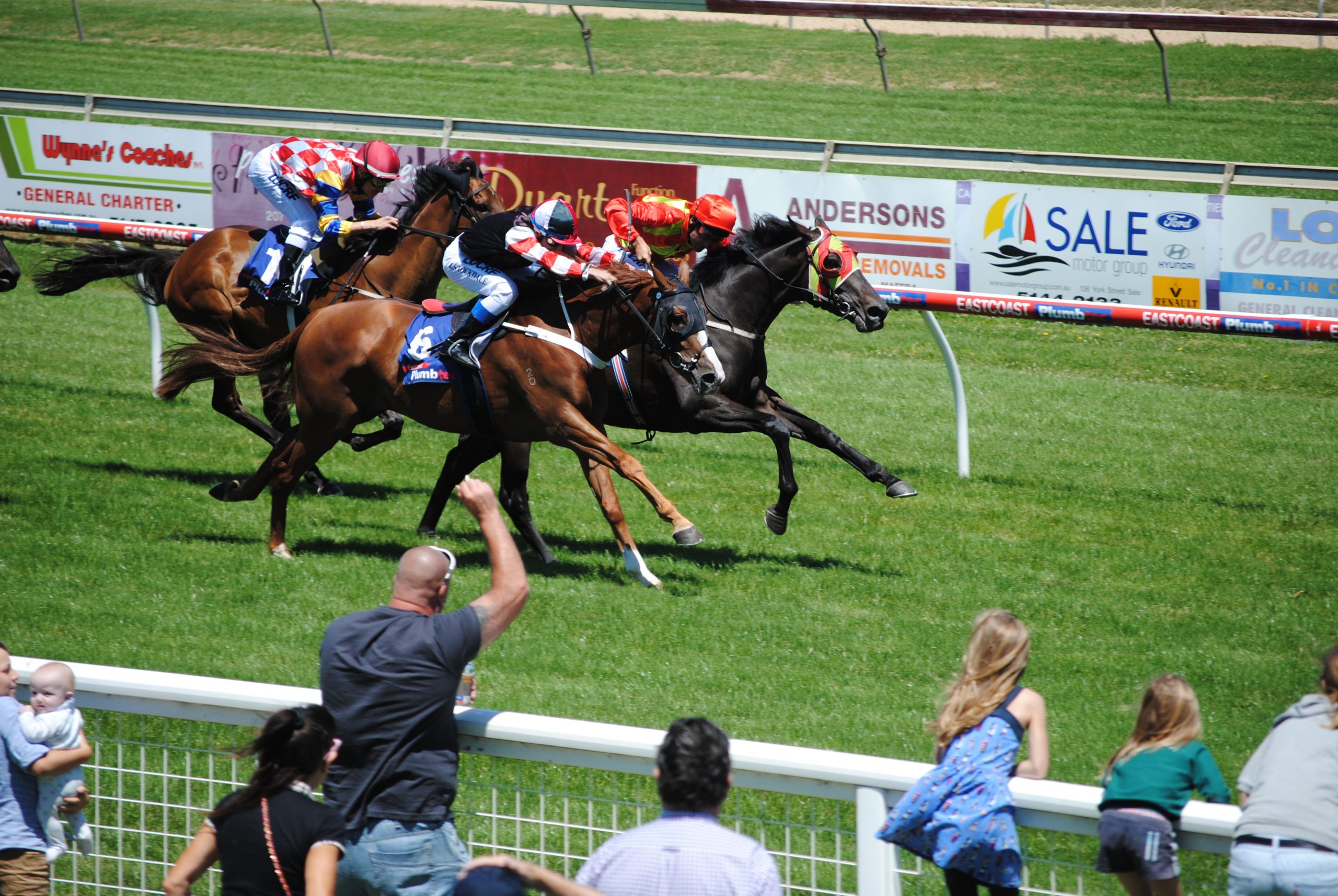 THERE was plenty of Aussie atmosphere at the Sale Turf Club’s Australia Day weekend race meeting held at Greenwattle on Sunday.

Mr Wilson paid tribute to the club’s many sponsors who have helped to make the club what it is today.

Mr Wilson said he was most impressed with the crowd and the number of young children who were there in family groups, many with Australian flags and painted faces for another enjoyable day of country racing.

It is always good to see leading riders like Luke Nolen and Damien Oliver riding at Sale meetings.

Nolen took the riding honours with a double while local apprentice Brandon Stockdale continued his impressive run winning on The Ghanman in race three and finished second on his father Frankie’s horse Brandjulfrank in race five.

The showcase events, races six and seven, with prize money of $30,000 attracted good fields in another top day of racing at Greenwattle.

It was the Black Caviar combination, Luke Nolen and Peter Moody who were in the winner’s circle with New Zealand bred Omarion who was coming off a first up second last start at Sandown.

Nolen completed his riding double on Blocker Dee who was coming off a last start second at Sale and won race four the Maiden Plate.

In one of the best finishes of the day, Schneller trained at Caulfield by Clinton McDonald and ridden by Thomas Sadler won from a fast finishing Brandjulfrank ridden by Brandon Stockdale and Jewel Heist ridden by Regan Bayliss.

Racing will continue at Greenwattle on Sunday February 8 with the Sale Quality meeting.