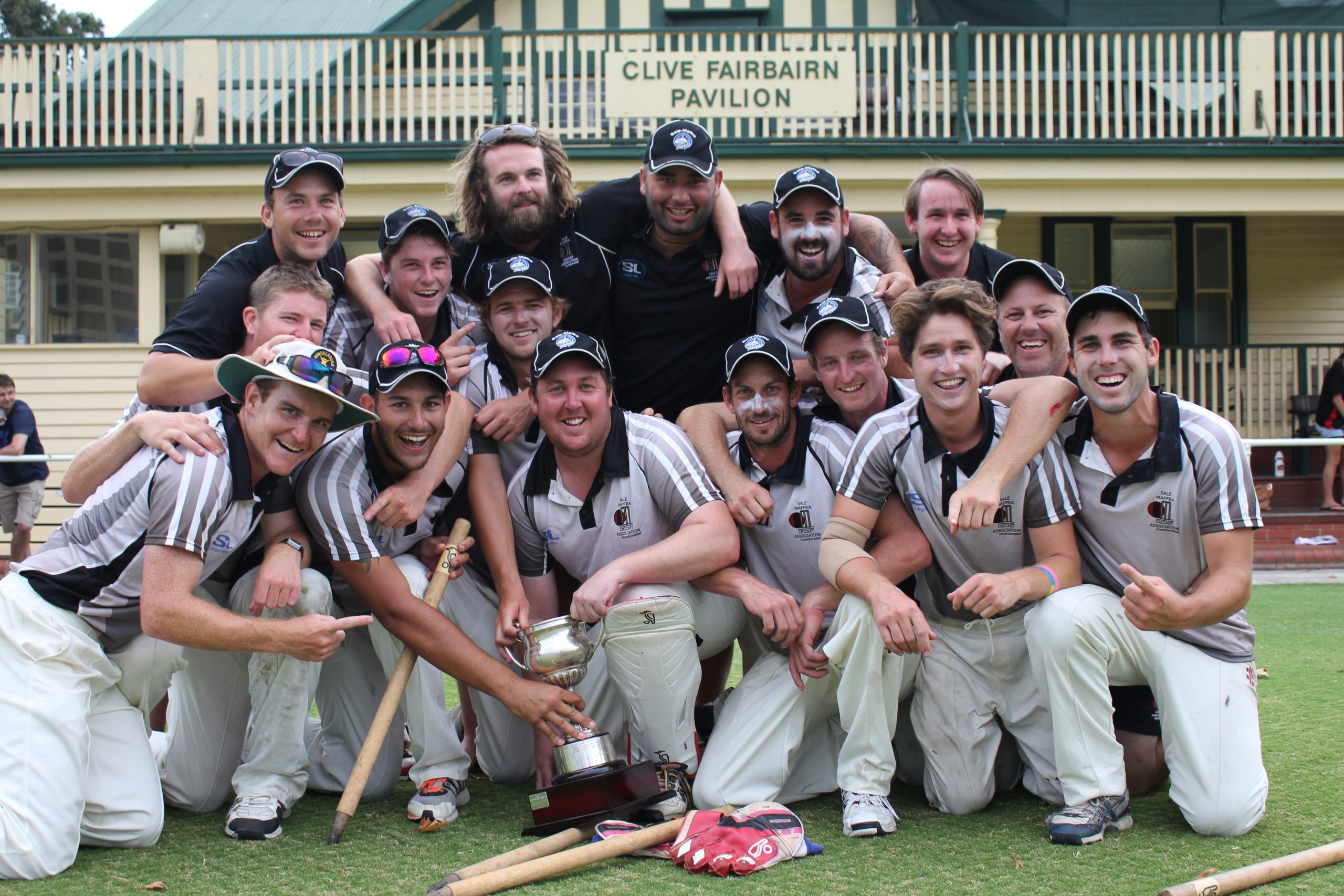 SALE-Maffra on Friday won the provincial division title at cricket’s Country Week for the fifth time.

The Sharks defeated the previous undefeated Bendigo in the final to claim its first Country Week title since 2006.

The Sharks began the week with victories over Bairnsdale and Mornington Peninsula before a loss to Geelong. Victory on Thursday over South West put them into the final.

Against Bendigo in the final at the Albert Cricket Ground, Sale-Maffra scored a competitive 249. The Sharks had many contributors with eight batsmen scoring into double figures, led by Brad Scott with 52.

There were seven partnerships worth at least 20 runs, the best being 59 for the sixth wicket between captain Jack Tatterson (54) and Rohan Diamond (25).

After Tatterson won the toss and elected to bat, the Sharks’ innings got off to a flying start, scoring 29 in the first four overs before Matt Dowsett was bowled for 20 off 11 balls.

Fellow opener Brett Lanigan was next to go, bowl attempting a reserve sweep for 20.

Josh Rurawhe retired hurt on 17, but that didn’t appear to slow the Sharks too much as Jake Benfield (25), Tatterson, Diamond and Dylan Bolton (24) helped reach a competitive total.

The innings ended in the final over with two run-outs.

Sam Johnston was the best of the Bendigo bowlers, claiming three wickets.

A promising start to the Bendigo innings ended when Jake Reitschel claimed the first wicket with the score on 40.

A 96-run partnership between Ben Gunn (76) and Cameron Taylor was broken by Anthony Scott. The wicket of Gunn was vital as he was coming off two consecutive centuries.

With 12 overs remaining, Bendigo needed 85 runs to win with eight wickets in hand.

Despite having wickets in hand, Bendigo was unable to lift the tempo. This was due to tight bowling from the Sharks.

Bendigo needed 19 runs of the final over to win the game. Bowler Benfield affected two run-outs to end any hopes Bendigo had.

Throughout the chase, Taylor remained a threat to Sale-Maffra and was deservedly named man of the match for his unbeaten 97.

SALE-Maffra’s appearance in the final was thrown into some doubt when Geelong sought to have Thursday’s round of matches cancelled.

While the Sharks comfortably defeated South West on Thursday to move into the top two on the provincial division table, controversy arose when the match between Geelong and Murray Valley was abandoned because the pitch at Sunshine was not prepared.

Heading into the last round of matches, Geelong and Murray Valley were among five teams, including Sale-Maffra, in the running to qualify for the final.

Geelong, the reigning champion, sought to have Thursday’s round of matches abandoned, meaning it would play-off in the final against Bendigo.

The request was knocked back by the Victorian Country Cricket League with both teams awarded points for a draw.

SALE-Maffra remained in the hunt to make the final with a strong victory over South West at Oakleigh on Thursday.

The Sharks scored their best ever total at Country Week, 8-337. Their previous best was 315.

With pitch showing a tinge of green, Sale-Maffra sent into bat. There would have soon been regrets in the South West camp when Matt Dowsett gave the Sharks a terrific start, scoring 61 runs off 48 balls.

Dowsett and Brad Scott put on 88 runs for the second wicket before the former was bowled.

Scott was joined in the middle by Josh Rurawhe, who continued the blitz.

Scott looked set to notch a century but was dismissed leg before wicket for 94 off 82 balls. Scott was one of four wickets claimed by Kyle McDonald.

Scott and Rurawhe (73 off 69 balls) combined for a 48-run third wicket partnership.

South West didn’t show much intent to chase down the victory target, only getting to 1-60 after 25 overs before finishing on 7-165.

Dylan Bolton bowled an economical 5-35 from 10 overs, including five maidens.