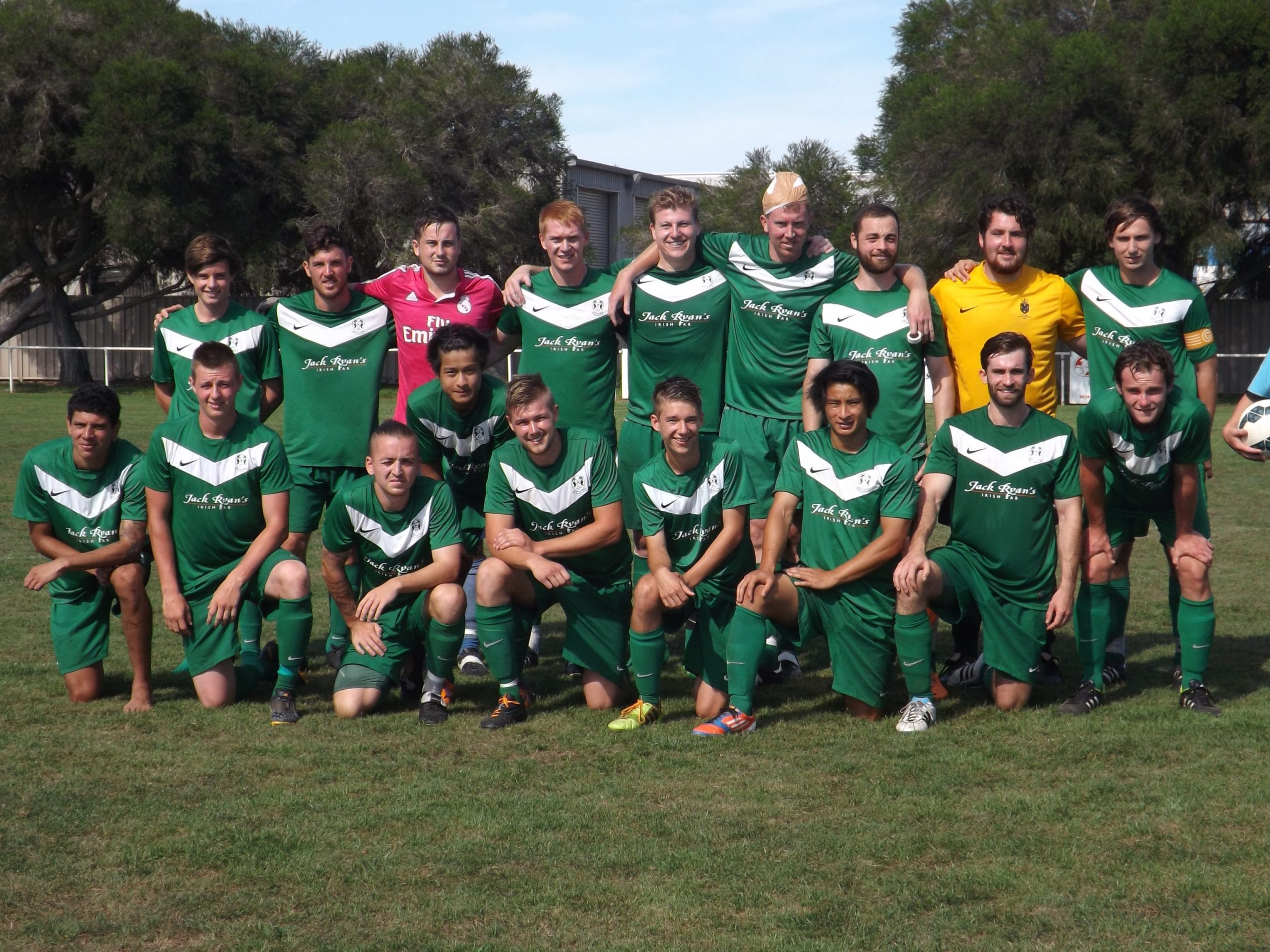 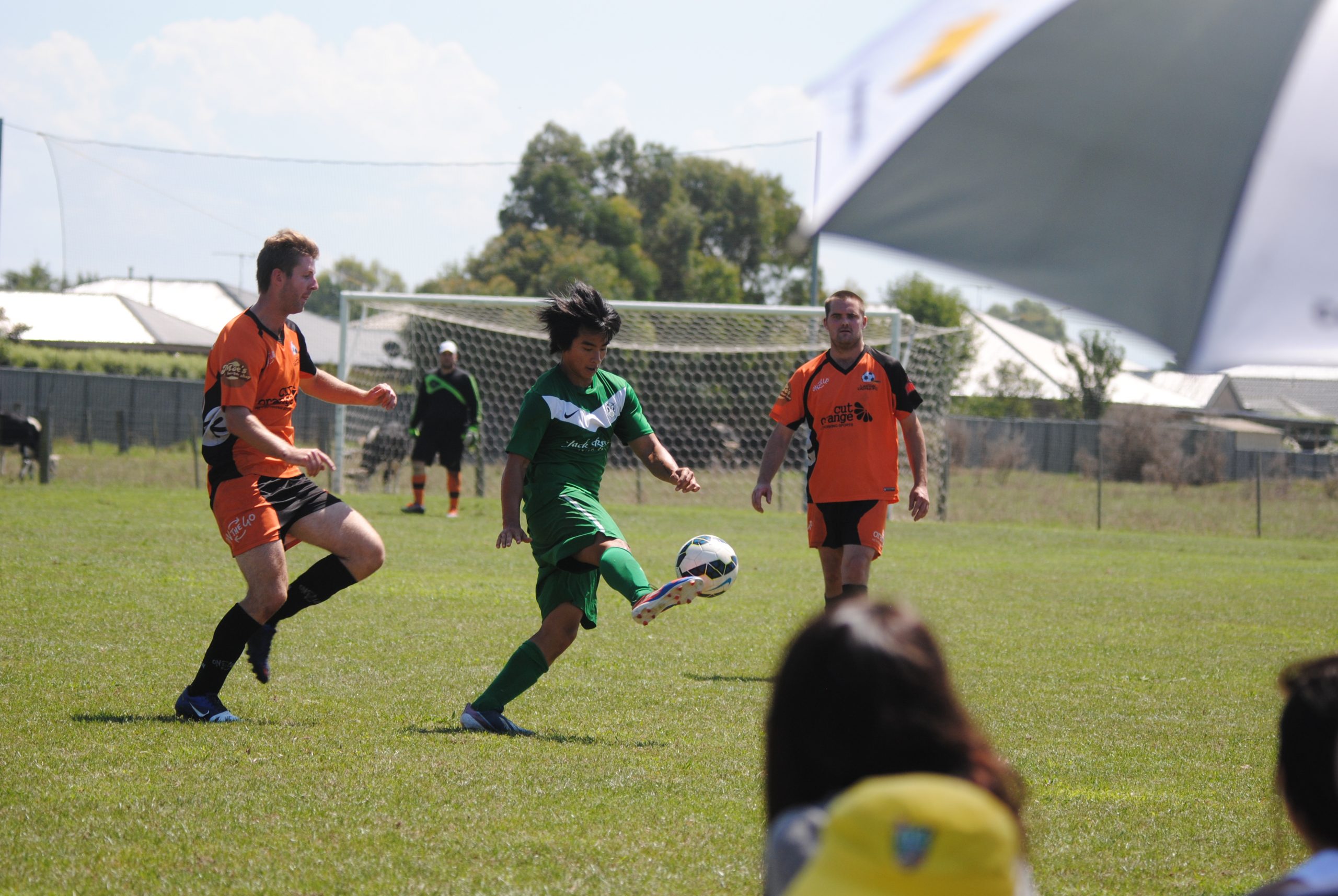 A goal from captain Ashley Ross was all that separated the sides at the end of 90 minutes, but it was enough to deliver victory for Sale at its home tournament.

The final was one of the best finals seen on the Godfrey Baldwin Reserve in many years.

The close encounter was physical and was played at a very high standard. Both clubs played a good brand of football, all the while keeping possession, using set plays, and attacking with force.

The winning goal came with five minutes remaining after Ross McWhirter intercepted a forward pass and then went around Croydon’s Luke Fowler and sent a pinpoint pass down the wing to Tommy Nguyen.

Being outnumbered immediately didn’t worry Nguyen, who controlled and then with one sweeping move, flicked the ball across to the centre of the park to an oncoming Ashley Ross, who, with what can only be described as supreme dominance and professional accuracy, chested the ball and continued to direct the entire passage of play when he ran on, and at the optimum time, smashed the ball over the keeper and into the net.

The game continued with Croydon throwing everything it had to try and equalise. To which it almost did, if not for the flying save from Sale keeper Richardson, who sent the ball over the bar from a strong shot off Croydon captain Sean Perrin.

The whistle went soon after and the Sale spectators were ecstatic for the club’s third Kendall Cup success.

Sale United president Jon Piefke said the unexpected victory was a great result for the club.

“Probably on paper we weren’t expected to win, because we were coming up against a side from Melbourne who play in men’s State League three,” Piefke said.

“The competition has been going for 22 years and this is the third time we’ve won it and the third year in a row.”

The Kendall Cup tournament has been held for the past 24 years in honour of former player Jamie Kendall. His mother Elaine was the club’s special guest on the day and was on hand to present the cup to the champions.

The club held a six-team tournament to give every team a minimum of four games each with the top four moving into the semi-finals.

Croydon and Lanyon United from Canberra finished the preliminary rounds level on points with the former on top with a better goal difference. Sale was third, followed by Moe United, Traralgon Olympians and East Gippsland United.

Sale began the tournament against a determined East Gippsland side.

Despite Sale having many shots for goal, the match ended 0-0.

The Swans then drew 1-1 with Croydon. Sale’s goal came from the head of central defender Robbie Stephens after a corner kick from Jake Patterson.

The 19-man squad was rotated throughout the six games to keep everyone fit and rested for each game in the soaring heat.

A rematch of last year’s Kendall Cup final against Lanyon ended in 2-2. Sale’s goals came from Ross and Graham Young.

Sale dominated its next match against Olympians, winning 5-0 to earn a place in the semi-finals.

Adam Buchanan scored a hat-trick to give Sale a 3-0 semi-final win over Lanyon.

Croydon booked the other place in the final with a victory over Moe.

Stergiopolous went on to play in the National Soccer League, scoring a goal for Carlton in the 1998 grand final loss to South Melbourne. His football career included stints overseas in England, Brunei and New Zealand, and more recently won a Victorian Premier League premiership with Dandenong Thunder.

With the Gippsland Soccer League season set to get underway soon, the Sale side is looking to continue its early season form.

We lost in the grand final last year, but won the title the year before, so hopefully we can continue our good start into the season proper,” Piefke said.