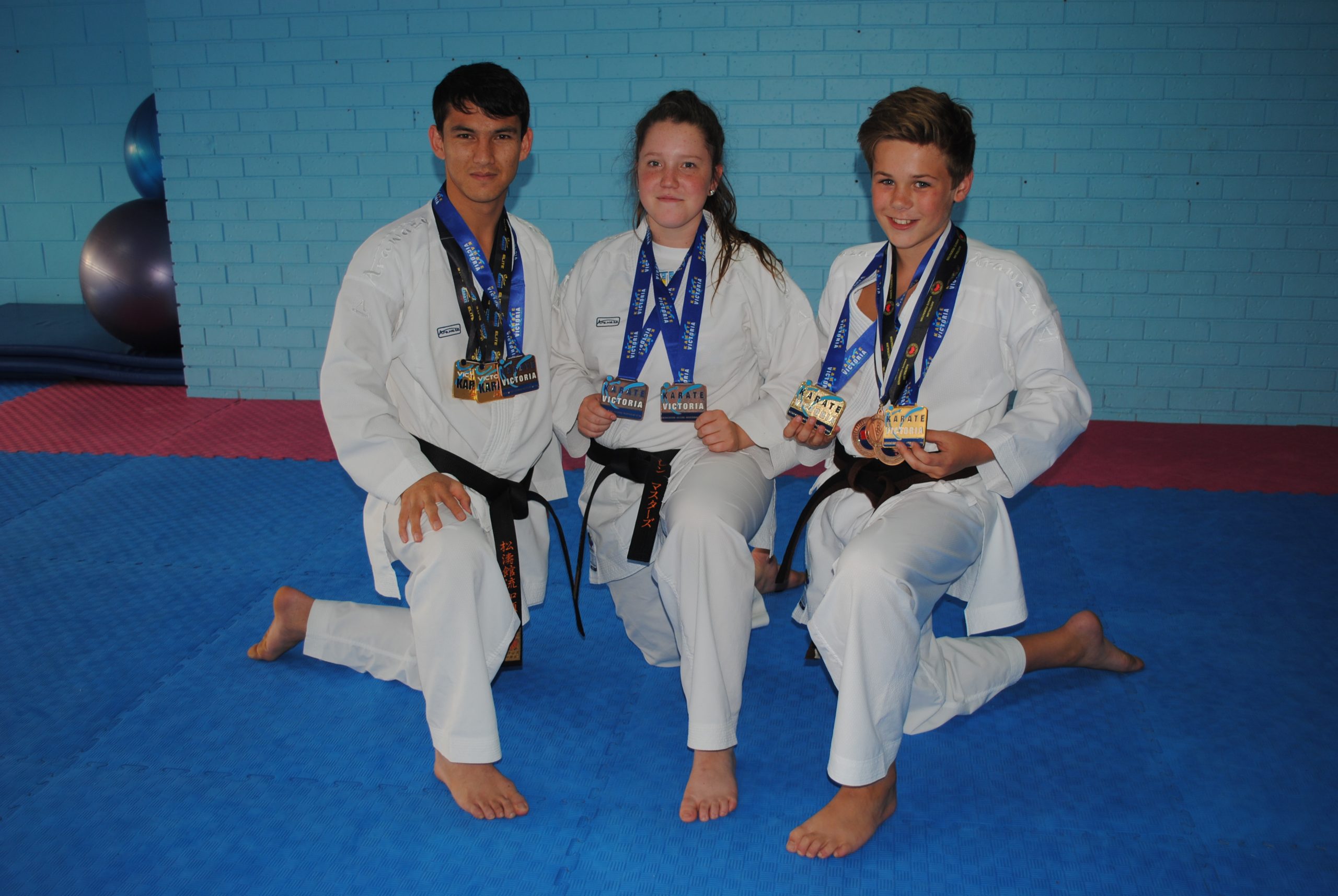 Since Johnson was graded by one of the legends of the sport, he has continued to achieve and progress, gaining his black belt in the early years. He has progressed to fifth dan class black belt.

Johnson’s enjoyment is now watching his students achieve at the highest level and enjoy the sport.

Johnson was delighted when three of his students won medals at the state championships.

Twelve-year-old Jack Willis competed in the 12 and 13 years 50 kilogram division, winning first place in the elite division against a strong field of seven athletes.

This is the second year in a row Willis has won the state championship for his age division.

This is a wonderful result, considering he is at the bottom age of his division.

Willis is well-disciplined and is keen to improve, having been in the state team for the past two years.

This will be the third year in a row Willis has competed in the nationals, last year in Perth claiming a second bronze medal.

Lauren Masters, 15, competed in the 16 to 17 years 59kg division, winning a bronze medal at the state titles in the elite division.

Masters was the youngest competition in the field of six.

Masters has been a member of the state team for the past two years. This year Masters declined an invitation to be part of the state squad to concentrate on her studies.

In October Masters was placed second in the Victorian Karate League Night of Nights in the cadet 14 and 15 years 54kg+ division.

Masters is also assisting with the training of other students at Johnson’s martial arts school.

Nineteen-year-old Ali Rahimi competed in the male 18 to 21 under 67kg division, also winning a bronze medal.

This is Rahimi’s first year in the senior group after competing for two years as a junior, where he won many championships.

He has also represented the state, but was injured in his second fight, putting him out of competition.

A highlight for Rahimi was at the VKL Night of Nights, where he took out the grand champion title in the 16 and 17 years under 63kg division.