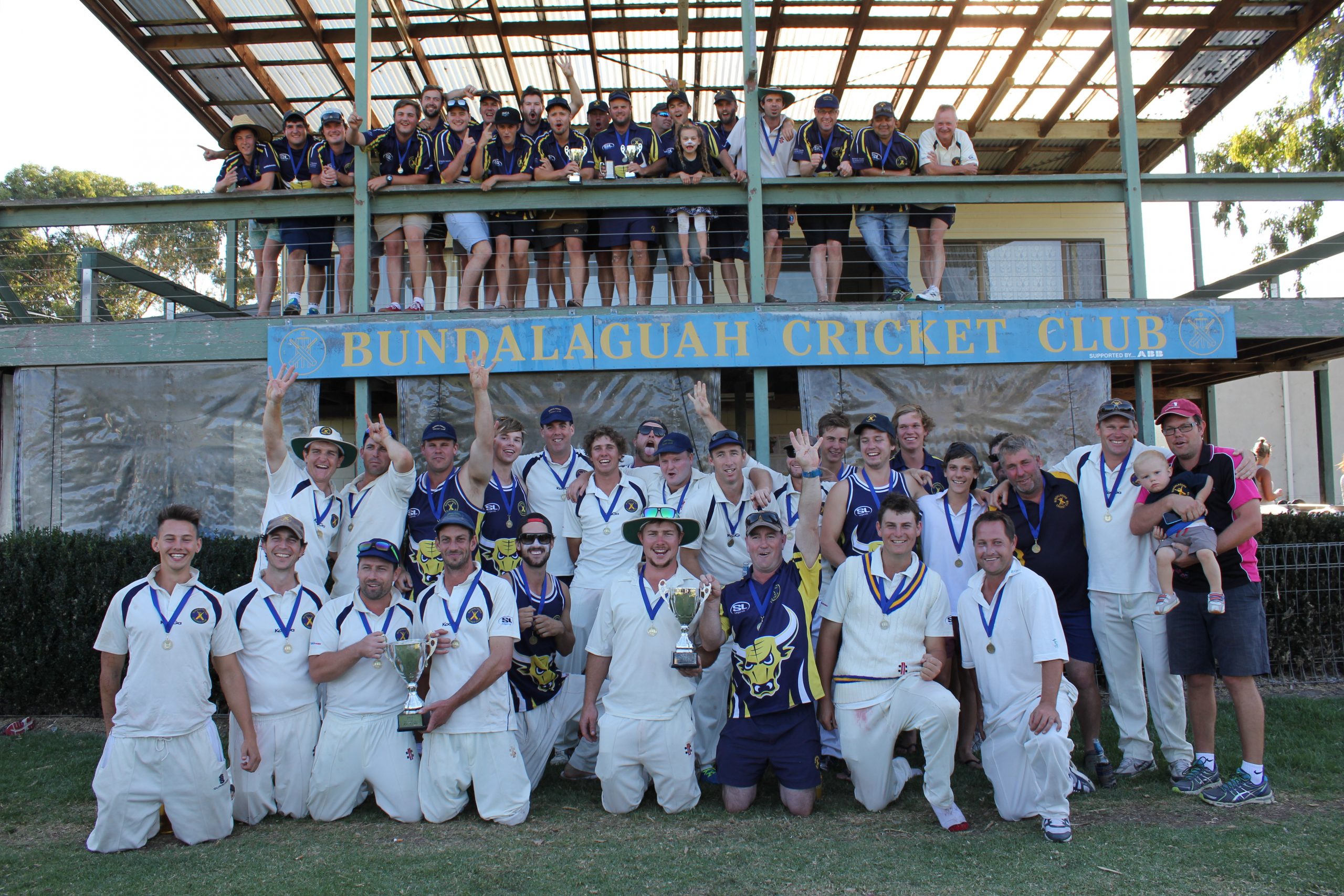 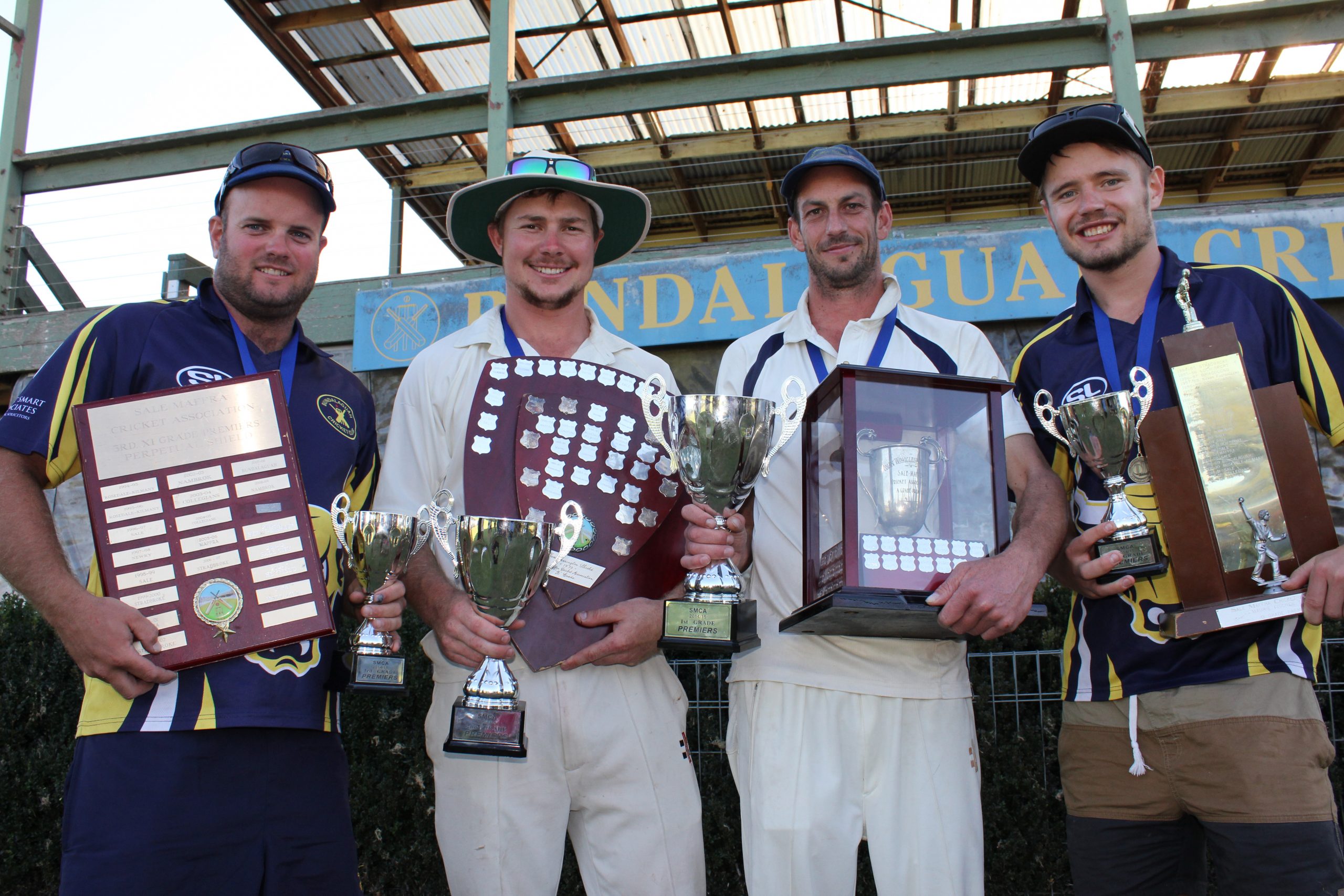 It is the first time in the SMCA’s 65-year history a club has completed the feat.

BUNDALAGUAH defeated Wurruk to claim the second grade premiership at the College Oval.

Four wickets from man of the match Mark Donald helped the Bulls restrict Wurruk, which was bowled out 128 in the 61st over.

Toads import Michael Slack provided the most resistance, batting through the entire innings unbeaten on 54.

The openers continued on Sunday before their stand ended on 71 when Rowley was dismissed for 34.

When Mathews went for 49, Bundalaguah needed only 35 runs to win. However, the Toads claimed three quick wickets, two from the bowling of Bohdi Walker, to give themselves a glimmer of hope.

Needing the innings to settle, captain Sam Tudor became the finisher, with help from vice-captain Ash Baylis to see the Bulls to victory.

Walker was the pick of the Wurruk bowlers with 3-45.

At Maffra, Sale’s innings got off to a bad start with Dayne Wynn run out on the second delivery without facing a ball.

Sale was soon 3-29 with Scott Brander and Graham Ingle looking to steady the innings. The partnership was ended on 34 when Scott Schuback claimed the wicket of Brander for 25, caught by Shayne Tilley.

A short time later, Ingle was Schuback’s third wicket, out for 25 with Tilley again taking a catch.

Bundalaguah fell to 2-8 after losing both openers cheaply.

Brady and Brendan Bailey batted out the rest of the day to pass Sale’s total in the final over before stumps.

The game continued on Sunday with Sale needing to force a reverse outright to claim the premiership, but Brady and Bailey kept batting, putting on 161 runs to bat their opponents out of the game. Brady scored 103 and Bailey 62.

The game ended when Bundalaguah was all out for 242.

Jason Shingles took 4-42 for Sale, with two wickets each from captain Scott Benson and Kennedy.

THE fourth grade grand final became a tight affair, with Bundalaguah defeating Boisdale-Briagolong by 23 runs on Saturday on the College astro.

Early wickets had Bundalaguah in trouble before Greg Wrigglesworth (52 retired), captain Daniel Burnett (16), Ryan Gellie (30) and Brad Fuller (42 not out) added valuable runs to help the Bulls post 6-169 from their 40 overs.

Mat Simmonds was the Saints’ only multiple wicket-taker, with 2-10.

The loss of three quick wickets had Boisdale-Briagolong on 3-33 but Jayden Pratt (21) and captain Brad Mynott (17) began the recovery effort. However, the Saints then lost 3-10 to be 7-85.

Leigh Fulford (31) and Sean Padman (29) put on 50 runs to give the Saints a chance, but their dismissals gave the ascendancy back to the Bulls.