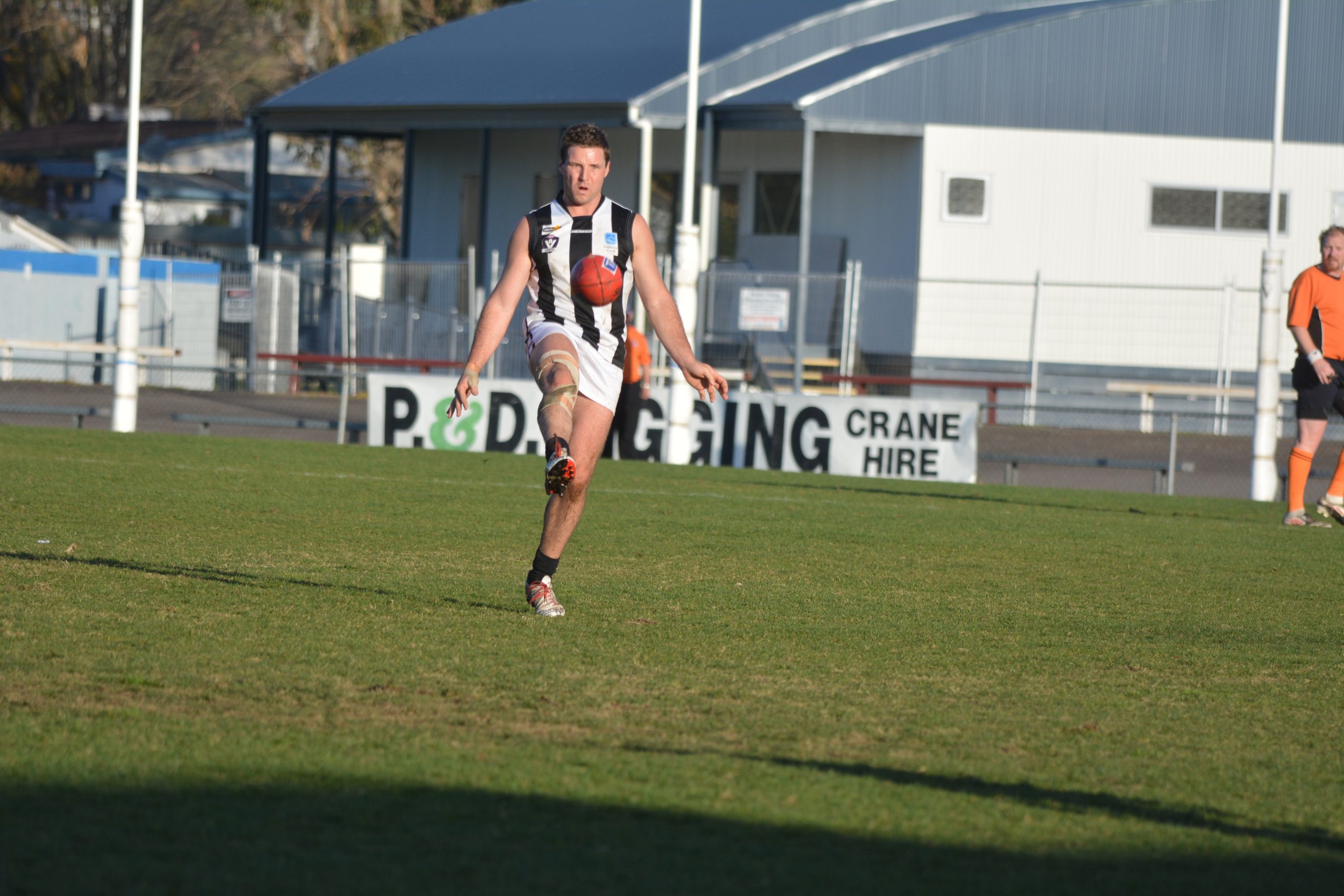 RELATED: Eagles lift in second half against Hawks

TRARLGON held on to third spot on the Gippsland League football ladder with a 21-point win over Sale.

Despite the defeat, the Magpies remain in fifth spot.

The match statistics showed both sides were even in most facets of the game but the big difference was Traralgon taking 50 more marks, many of them uncontested.

The Magpies were unfortunate to be down to one fit player on the bench from early in the second quarter, upsetting the balance of their side.

For most the first quarter Sale had control with possession of the ball inside its 50 meter arc but wasted opportunities and was unable to make an impact on the scoreboard.

Sale’s first half was lamentable, while Traralgon’s was commendable.

The Maroons, with five second quarter goals, got out to a seven-goal lead just before half-time with coach Mark Collison dominating the midfield with 35 possessions. Collison directed his players to persist with transitional play which had his side switching from side to side, resulting in the Maroons taking many uncontested marks.

The Maroons piled on nine goals to the Magpies three before half-time with the damaging Jackson McMahon kicking four goals from a forward pocket.

Onballers Jackson Hall and Tim Northe were also prominent for the Maroons as far too many turnovers were proving costly for the Magpies.

In a spirited comeback, the Magpies got back into the game in the second half with seven goals to four to reduce the final margin considerably.

Traralgon defender Matt Lewellin had an interesting battle with Sale’s John Gooch with the honours being shared.

Sale’s best were Jack Lipman, who again controlled the ruck, Kane Martin, who put his body on the line all day and tallied up many possessions, and Brad Dessent, in kicking four goals, was a shining light at full forward.

After the match, Sale coach Travis Ronaldson was critical of the Magpies’ wastage in the first half but was pleased his side was able to get out of what could have been a bigger hole by the end of the match.

MORWELL’S finals hopes were dealt a blow by bottom side Warragul.

Bolstered by the inclusion of three Gippsland Power stars, with forwards Josh Patullo and Ben McKay among seven under 18s in the line up, the Gulls won 16.5 (101) to 8.9 (57) at home.

The win ended a 15-game winning streak the Tigers had against the Gulls.

WONTHAGGI consolidated fourth spot on the ladder with a convincing 125-point victory over Moe.

SECOND-placed Leongatha returned to the winner’s list, posting its first victory in three weeks, to the tune of 73 points over Bairnsdale.