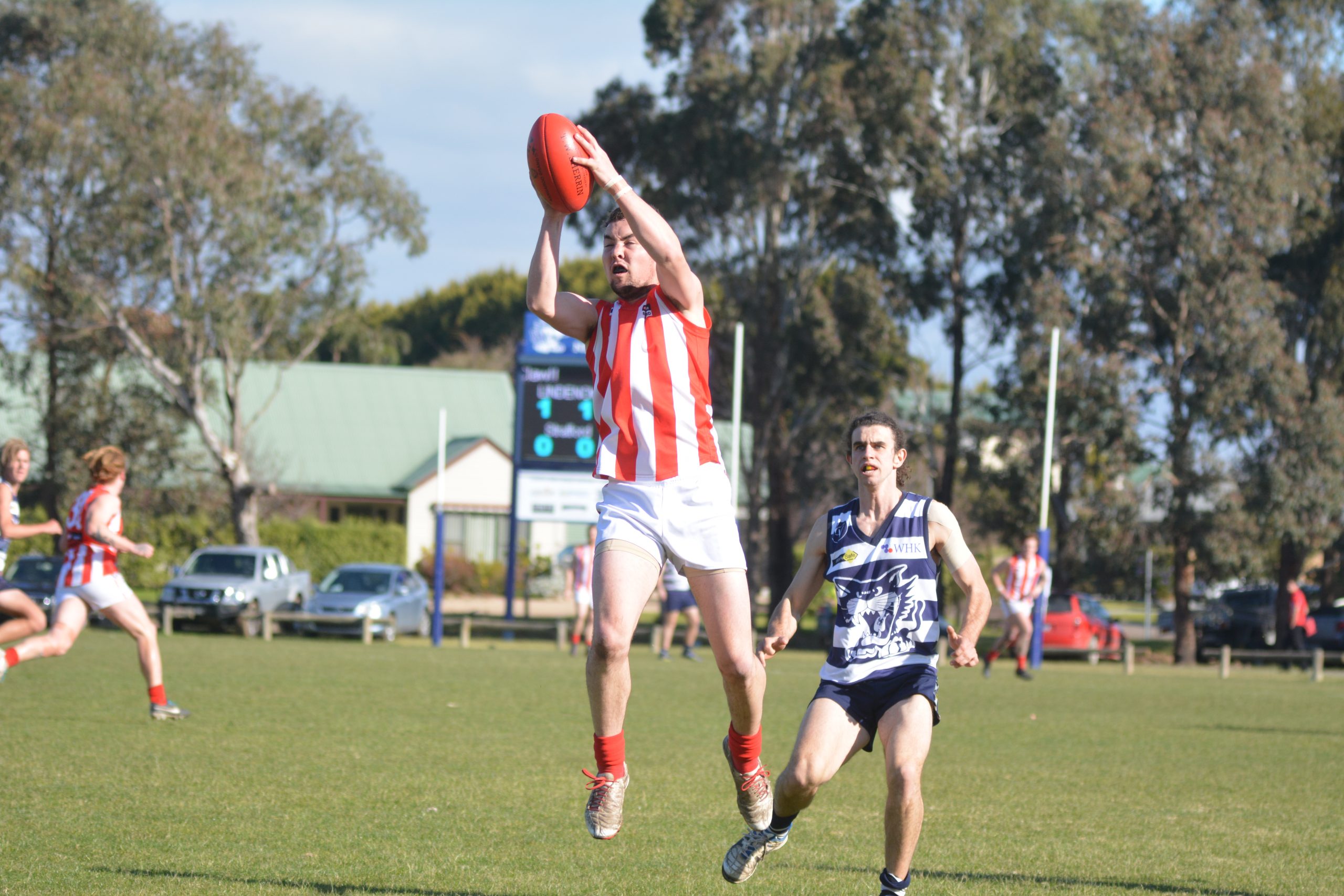 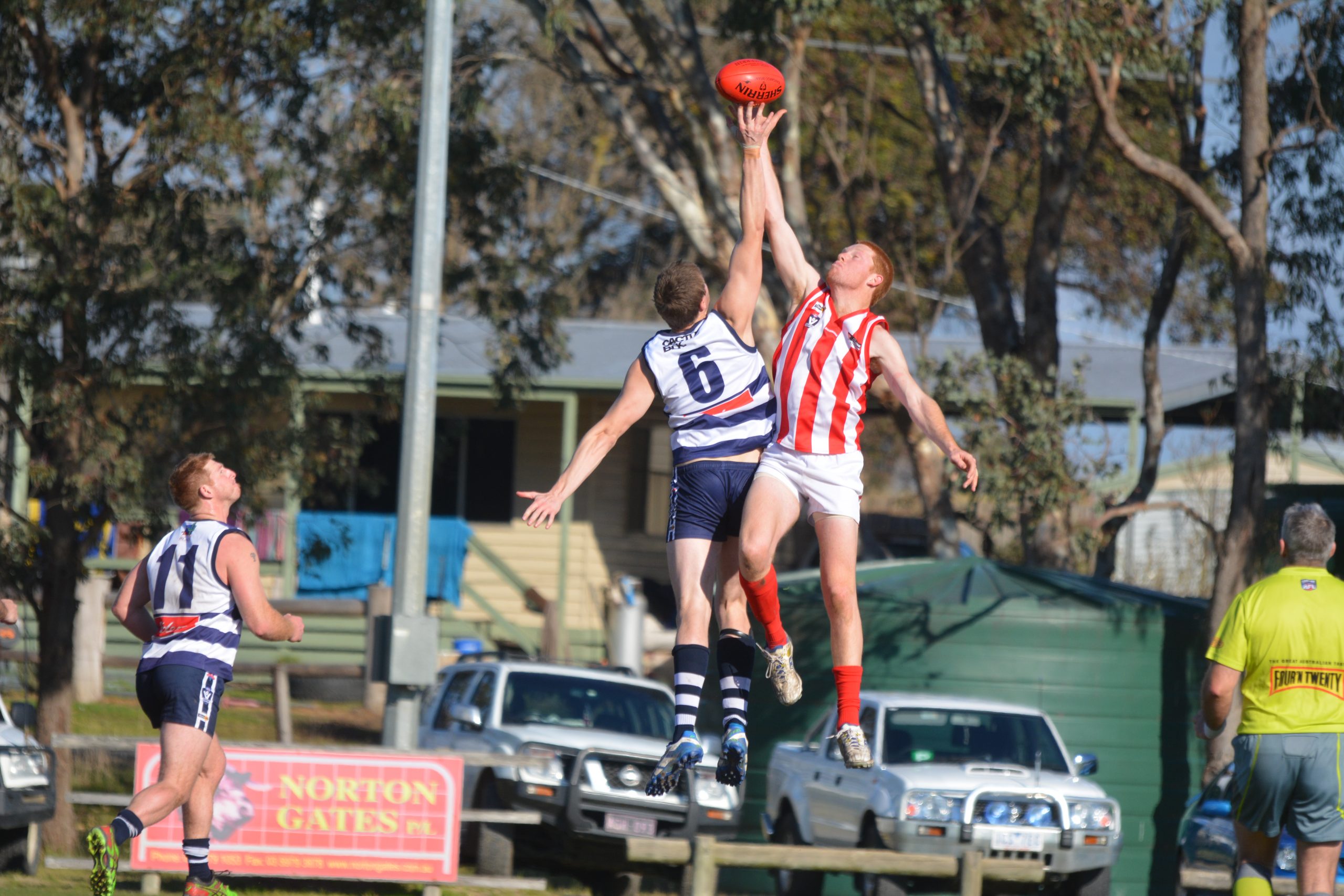 FOR the second time this season, Lindenow proved too good for Stratford, defeating the reigning East Gippsland football premier by 47 points on Saturday.

The Cats jumped out of the blocks with a five-goal to two first quarter and from there were never headed, outscoring their highly fancied opponents in each term to record a dominant 17.10 (112) to 8.17 (65) win.

The win was a massive one for the Cats’ finals aspirations, moving them up into third position and with a one-game break to those outside the top four. A win this weekend over the struggling Boisdale-Briagolong will secure a finals berth for the Cats, with their nearest rivals Paynesville and Lucknow set to face one another on Saturday.

The loss dropped Stratford off the top of the ladder, but with a top two spot long secured, the result shouldn’t be of much concern to coach Peter Morrison. The Swans are still a good chance to claim the minor premiership if they can account for Wy Yung this weekend, in what will be a preview of the major semi-final.

Bayden Ashwood was the dominant player on the ground for Lindenow, booting three goals. Ashwood was one of a handful of players to pull on the Cats jumper because of Bairnsdale’s bye in the Gippsland League, with Lindenow’s success in September likely to be determined by the availability of those players.

For the Swans, Jack Bacon and Josh Kiss kicked two goals each, while Lachlan Channing was again their best.

PAYNESVILLE kept itself in the hunt for a finals berth with a 35-point win over Boisdale-Briagolong.

Five goals to Craig Taylor helped the Gulls hold onto their position inside the top four with only two weeks of the season remaining. They face a vital clash against fifth-placed Lucknow this weekend, with the winner likely to secure the final place in the top four.

Despite taking a 15-point lead into half-time, Boisdale-Briagolong was unable to continue its dominance after the main break with its inexperienced side being overrun by a hungry Paynesville outfit.

Callan Egan was the only multiple goal scorer for the Bombers, while Jacob Weatherley had plenty of the ball. The task doesn’t get any easier for the injury depleted Bombers this weekend, when they face finals hopeful Lindenow.

THE 2015 East Gippsland season is a race among five after Lucknow’s impressive 16-point victory over Lakes Entrance all but ended the Seagulls’ finals hopes.

Only two points separated the two teams at the first change, before Lucknow stamped its authority on the contest with a six-goal to one second term. From there the Magpies never looked back, maintaining the gap over the Seagulls to record a vital victory.

The Magpies sit just two premiership points behind Paynesville on the ladder, with the sides to meet this weekend.

For Lakes, the loss left it essentially needing a miracle if it’s to play finals.

Tyrone Hayes kicked three goals for the Seagulls, with Jarrod Matthews their best.

WY Yung moved back to the top of the ladder with a 70-point win over Orbost-Snowy Rovers.

The Tigers out-scored their opponents in every term on their way to a dominant 18.14 (122) to 7.10 (52) victory. They had six multiple goal scorers, while Reagan Kyle was best-on-ground.

Curtley Nettleton kicked three majors for the Blues, while Daniel Kane was their best player.