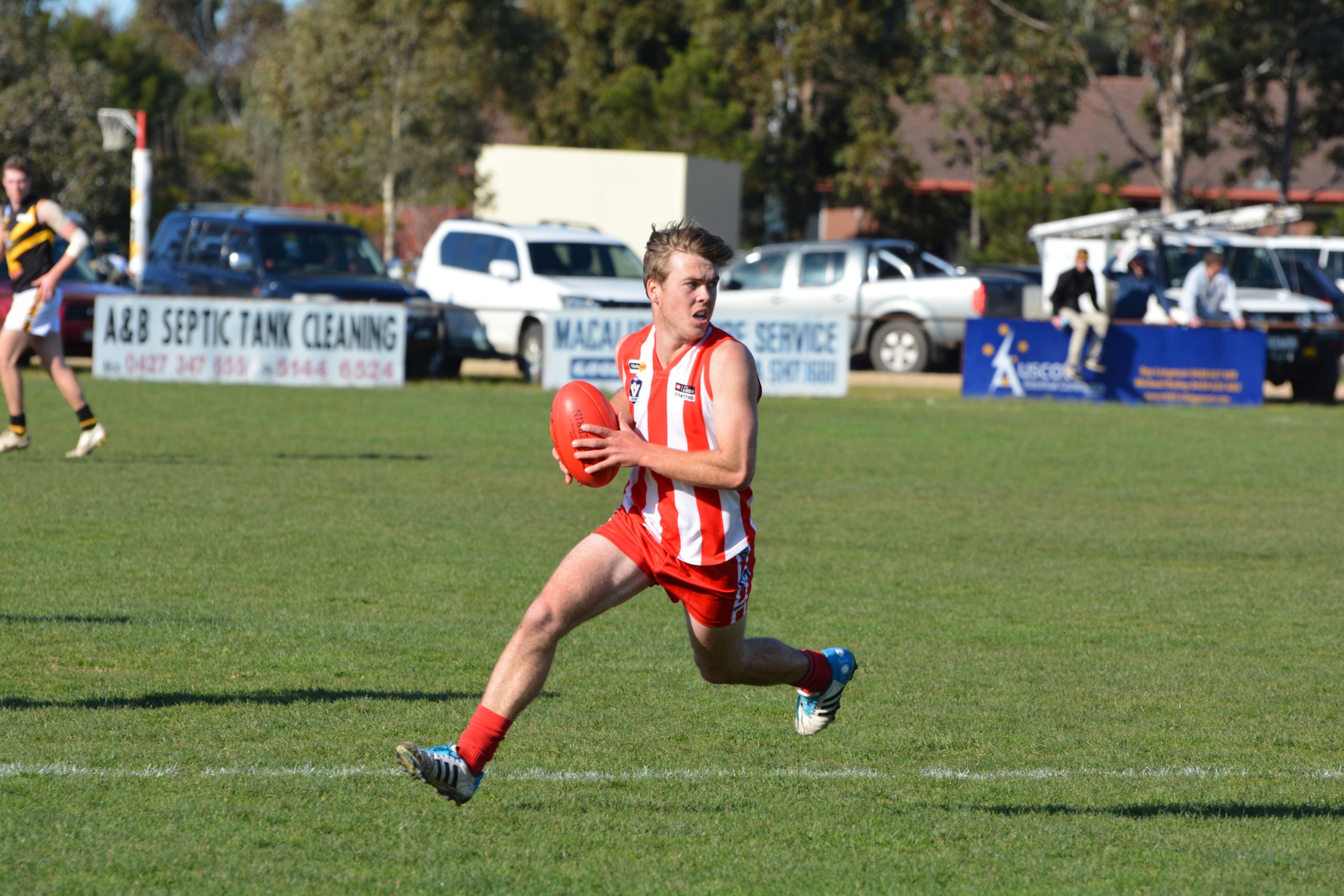 WY Yung, Stratford, Paynesville and Lindenow will fight it out for the East Gippsland football premiership as finals get underway this weekend at Bairnsdale City Oval.

With five rounds to go in the season, Wy Yung and Stratford had stamped their authority on the competition so firmly they were both already guaranteed of finishing in the top two.

Last year’s grand finalists have dominated the competition again in 2015 and are highly fancied to meet in the big dance once again.

In their three contests this season the results have been varied.

Stratford won the first clash by 15 points in round three, before also winning their round 10 clash by 14 points at Wy Yung. However, in their most recent meeting in round 17 the Tigers trounced the reigning premiers by 61 points to end a run of seven straight losses to their rivals and add extra intrigue to this weekend’s exciting clash.

Stratford forwards Jack Bacon and Josh Kiss have combined for 86 goals this year – the second most of any duo in the league – and will be vital if the Swans are to win straight through to the grand final.

After consecutive losses, the Swans rebounded with a 112-point win last weekend and look to be coming together at the right time. Having been regular finals contenders since their entry into the East Gippsland League, Swans coach Peter Morrison will hope his experienced side can step-up now they have reached the business end of the season.

After their two earlier losses, the Tigers’ dominant win over the Swans a fortnight ago will have them full of confidence. Mark Sellings and James Young were in fine form last weekend with 13 goals between them, and will be looking to continue their dominance around goal throughout the finals.

Having been beaten by the Swans in last year’s grand final, the Tigers will want to take the first step towards redemption with a win on Saturday.

With one side looking for redemption and the other to create history, Saturday’s qualifying final should come down to the wire.

SUNDAY’S knock-out semi-final will see the season of either Paynesville or Lindenow come to an end.

In their two encounters so far this year the away team won both times, with Lindenow victorious by six points in round six and Paynesville winning by 12 points in round 13.

Lindenow’s run to the finals was assisted greatly throughout the season by the inclusion of a number of players from Bairnsdale on Gippsland League bye rounds. Two of those weeks happened to coincide with clashes against top-placed Stratford, who the Cats managed to defeat on both occasions, while the Bairnsdale ring-ins also fronted up in round six against the Gulls.

Of their regular players, electric forward Darren Allen has been in stellar form for Lindenow this season with 29 goals, while midfield gun Justin Blair will also be vital to the Cats throughout their finals run.

Paynesville will enter the match full of confidence having not lost a match for six weeks. Its strong run of form over the past month and a half saw them chase down teams in front of them to clinch a finals berth.

League best-and-fairest winner Jordan Sabell will be crucial to the Paynesville midfield, while forward Jordan Farquhar comes into the finals in strong form, with 10 goals from his last three games. The performance of these two individuals will be important, but a united team effort is critical if the Gulls are to make an outside run for the premiership.

Paynesville coach Darren Martin believes his side will take a lot of confidence from their two earlier meetings with the Cats and their impressive form throughout the second half of the season.

While many believe the senior title is a race among two, Paynesville and Lindenow have shown throughout the season they can match it with the highly-fancied Wy Yung and Stratford.

Whoever can make it through week one of the finals will believe they have a great chance of causing an upset and turning the 2015 season on its head.

IN the reserves, local rivals Boisdale-Briagolong and Stratford will play for the first spot on the grand final, while Lucknow and Wy Yung will contest the first semi-final.

WY Yung and Orbost-Snowy Rovers will play in the under 18s second semi-final with Lucknow and Paynesville to meet in the first semi.

THE under 16s semi-finals will be between Paynesville and Lakes Entrance, and Orbost and Wy Yung.