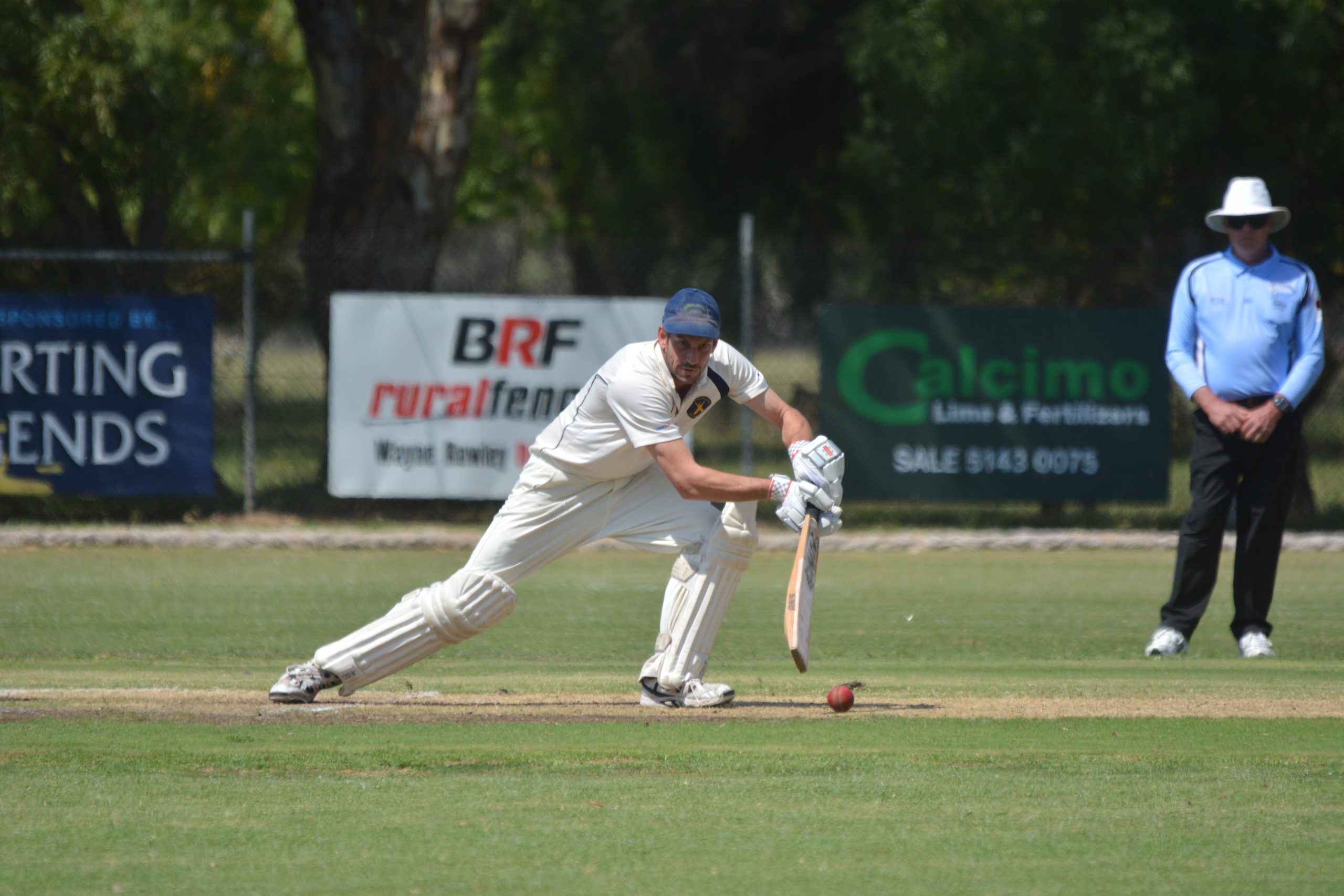 WITH the top four seemingly settled, interest in the last two-day round of Sale-Maffra cricket turns to the make-up of the semi-finals.

Rosedale-Kilmany is virtually guaranteed of finishing on top of the ladder, with Collegians to host the other semi-final. There is an outside chance the minor premiership could be decided on performance points if the Warriors lose to bottom side Maffra and Collegians has an outright win over Longford.

Third-placed Bundalaguah is also guaranteed a place in the finals, with Stratford in prime position to claim the remaining one.

For fifth-placed Boisdale-Briagolong to move into the top four, it needs to defeat Bundalaguah outright and hope the Redbacks lose to Sale.

MAFFRA faces a major challenge if it’s to avoid the wooden spoon, taking on the minor premiers on their home turf.

Longford moved three points ahead of the Eagles on the ladder following its two victories last weekend. On Sunday, Longford had a thrilling win over Maffra in what could well have decided which side finishes the season on the bottom of the ladder.

The Eagles are playing for pride against a Rosedale-Kilmany side preparing for the finals.

The Warriors have won their past five matches, but could be missing captain Brad Scott, who injured his shoulder during the match against Bundalaguah on Saturday and didn’t play in Sunday’s victory at Sale.

The Warriors have the depth to cover his absence with brother Anthony and Rohan Diamond capable to making significant scores, while the side has arguably the season’s best bowling attack.

REQUIRING an outright victory against Bundalaguah to have any hope of making the finals, Boisdale-Briagolong should be going hard at home on Saturday.

Having lost their past four matches and tied the game before that, the Saints are nine points behind fourth-placed Stratford. The loss on Sunday to the Redbacks was a major setback for the Saints.

Coming off a loss to Rosedale-Kilmany, the Bulls will take some confidence from their defeat of Collegians last Sunday, reaching their target of 195 in 30 overs.

This final round match will provide the Bulls with a solid work-out ahead of the finals.

When the sides met in round seven at Bundalaguah, both teams had batting collapses, with the Saints winning a low-scoring match by 20 runs.

BUOYED after opening its season account with two wins last weekend, Longford will head across town to meet Collegians.

The Lizards are finishing the season strongly, having mortally wounded Sale’s finals chances on Saturday before showing character to overcome Maffra on Sunday. However, finals-bound Collegians could present the Lizards a different proposition.

Collegians is coming off a home loss to Bundalaguah, which almost certainly cost it the minor premiership. The defeat ended an eight-game winning run.

Collegians will be eager to rebound strongly ahead of the finals.

COMING off three successive losses, Sale will host Stratford, which has won its past three.

A Stratford loss would open the door for Boisdale-Briagolong to push for a finals spot. The Redbacks will be keeping an eye on scores at Briagolong, as the Saints chase outright points.

The Swans are out of the finals race, but will fancy their chances of posting one more victory before the season ends.

The Redbacks won the previous encounter against the Swans in round seven.