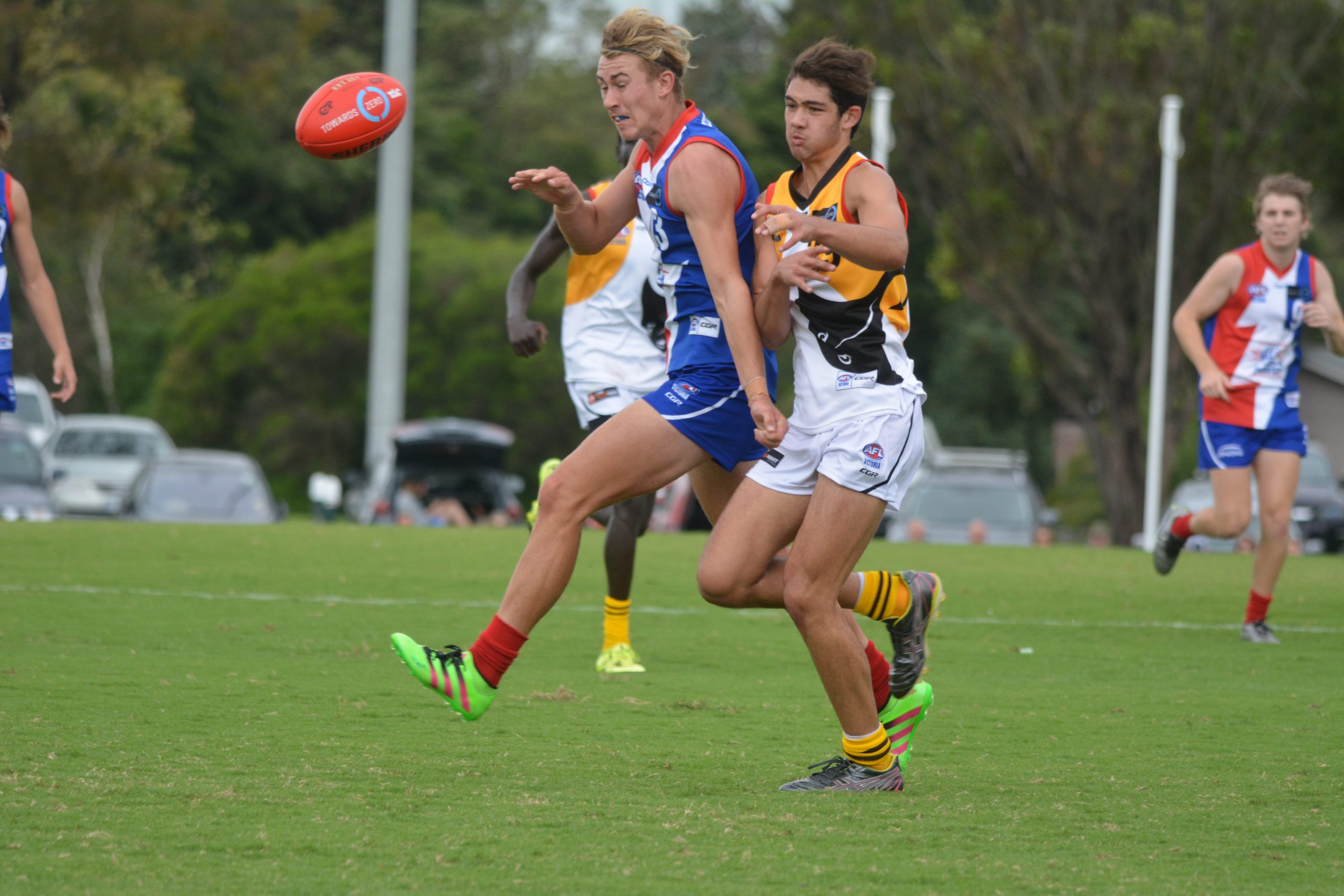 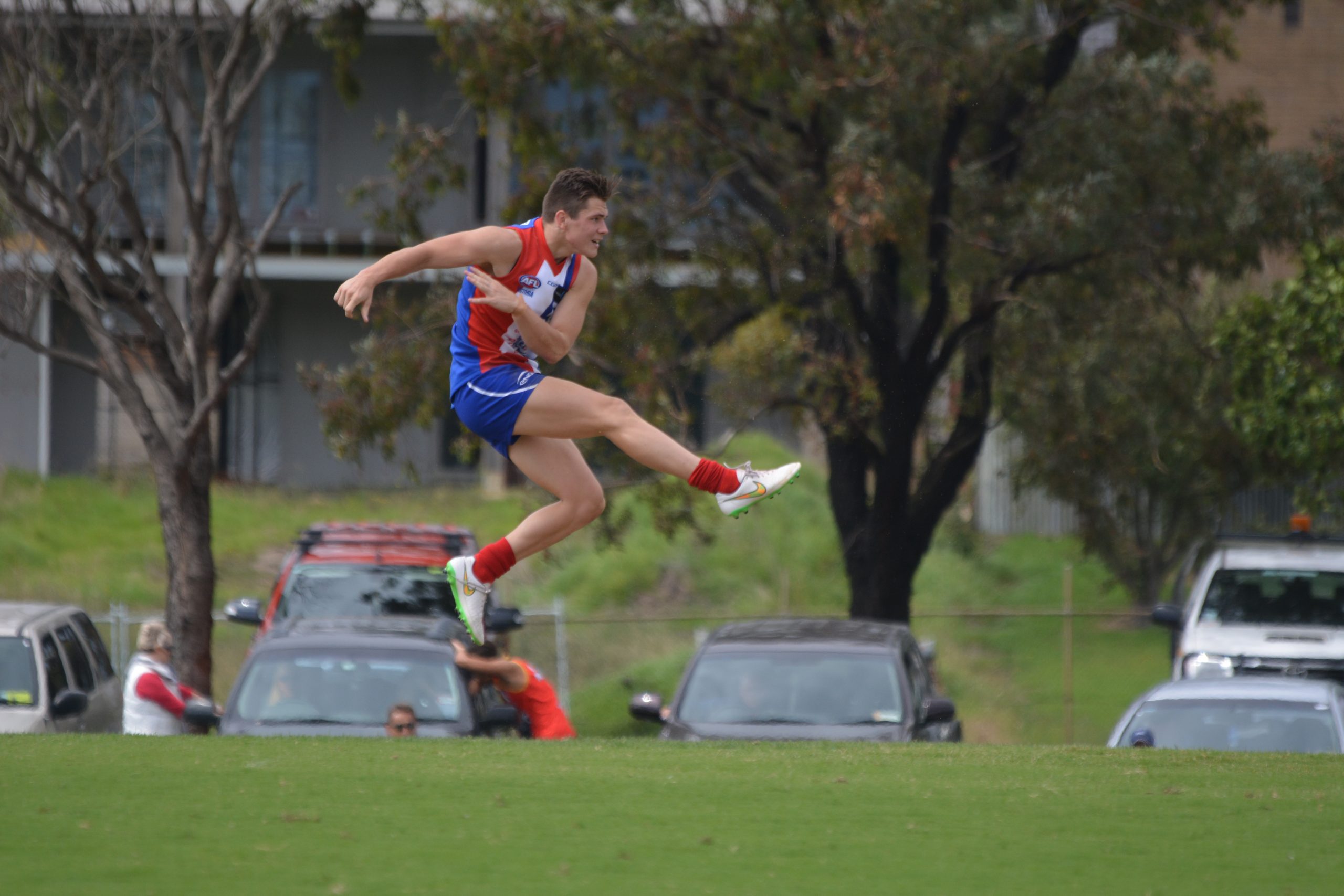 THE 2016 TAC Cup football season for the Gippsland Power team opened with a narrow loss to arch rivals the Dandenong Stingrays.

However, the Power left supporters with plenty of positives to focus on for the rest of the year as it displayed the club’s traditional hardness and determination throughout the match.

Coach Leigh Brown’s team went into the game with an even balance of bottom and top age players as well as four boys who returned as 19-year-olds.

The Power went into the match with seven players unavailable because of minor injuries, with four of them having been in the starting line-up if fit.

The Stingrays kicked the first goal of the match but the Power hit back after some long and direct play to allow youngster Henness to score from a free kick.

Some traditional Power intense pressure culminated in Armour setting up Jai Rout with a fine goal off the pack. Not to be outdone, the Stingrays hit back quickly on the rebound and it took some excellent ball use by the Power led to Nathan Voss giving it a narrow lead late in the term.

After some disappointingly soft defence on the goal line by the Power, the Stingrays were able to draw level at the first change.

The second term opened with nether side willing to concede an easy possession, but the Stingrays broke the deadlock as the result of an questionable free kick.

Instead of being able to respond with goals, the Power began to waste simple opportunities and the Stingers made their inaccuracy even more of a problem with another easy conversion. The Power’s poor finishing continued and right on the siren the Dandenong boys extended their lead to 15 points.

The Power had more scoring shots than the Stingrays but could only manage six behinds.

Things didn’t look much better for the Power in the opening minutes of the third quarter after a combination of poor decision making and skills gifted the Stingers with the first goal.

Captain Ben Ainsworth inspired the team when he kicked the Power’s first goal for about 50 minutes of play from the 50 metre line. Ainsworth then applied some intense physical pressure to win a vital free kick and kick another long six-pointer.

As if inspired by the captain’s intensity, Jiath Changkuoth intercepted a Stingrays kick-in and vice-captain Kade Renooy finished it off.

Late in the quarter, some undisciplined play by the Stingers resulted in a 50m penalty to Nick Mulqueen and he kicked truly to give the Power a three-point lead by the final change.

After such a disappointing effort in the second quarter, the Power had upped the ante, with the score reflecting their intensity.

The Stingrays regained the initiative at the beginning of the fourth term and took full advantage of turnovers to score two easy goals, while the Power was again off target with three chances to get back into the match being wasted.

From a centre bounce, Renooy set a fine example for his teammates with a long goal and then excellent courage and skills by Henness resulted in a fine mark and goal by Rout.

Another Power turnover and rebound opportunity was capitalised on by the Stingrays and again the Power was behind despite being highly competitive in general play. It was wasting opportunities to take control of the game but finally did it properly after some good work by McKenzie allowed Renooy kick a vital goal on the rebound.

Not to be outdone, the Stingrays kicked a freak snap goal to take a one-point lead, but the Power again struggled to kick goals.

In the dying minutes of the match, the Stingrays put the issue beyond doubt with two majors and by the final siren had recorded a 12-point victory.

Power captain Ben Ainsworth showed why he is considered to be in the best five players under 18 in Australia with another stunning combination of ball skills, reading of the play, and the ability to apply intense and highly effective pressure on opponents. His 25 possessions and 10 tackles reflected this amazing impact on the match.

Kade Renooy was another who led by stellar example with a combination of excellent skills as a hard-nose midfielder and then the ability to go forward and finish of his hard work with three vital goals when his side really needed them. He had put in an excellent pre-season program and was able to run out the game to a telling effect.

Another Power player to be rated in the national best of his age group is Tyrone Hayes and he too showed the pace, skill levels and stunning reading of the play in his first TAC Cup game that accurately reflected this rating.

Aidan Quigley combined his silky skills as a dangerous forward with the ability to join the on-ball brigade and win the all-important contested possessions and positive decision making.

After missing much of the 2015 season because of injury, Tate Marsh showed why he was in the initial Victoria Country state squad with his pace and willingness to generate play by taking opponents on with run and evasive skills.

Youngster Nick Hogan was another to make an impressive debut with his pace and ability to apply intense pressure in the contested issues. The coach put great faith in these abilities by asking him to take on dangerous opponents in the thick of the action and he responded manfully.

Nick’s Sale bottom-age teammate Will Stephenson showed why he had played so well in the senior team last year with a confident performance at this elite level. He too was at his best in the contested issues and used his pace and evasive skills to run and set up positive passages of play after winning the hard ball.

Another bottom-ager to make an impressive debt was Maffra’s Kieran Jones. He took on and was highly competitive with the Stingray’s big men in ruck contests but, had the confidence and skill to be able to win and use many possessions in general play.

After the match coach Brown focussed on the many positives, including the players application of physical and mental pressure. Brown was impressed with the contributions made by the nine bottom agers who made their TAC Cup debuts.

The Power will travel to Bendigo to play the Pioneers on Saturday.

Ainsworth will be missing because of his AFL Academy commitments but there is a good chance that the side’s injury list will be smaller.