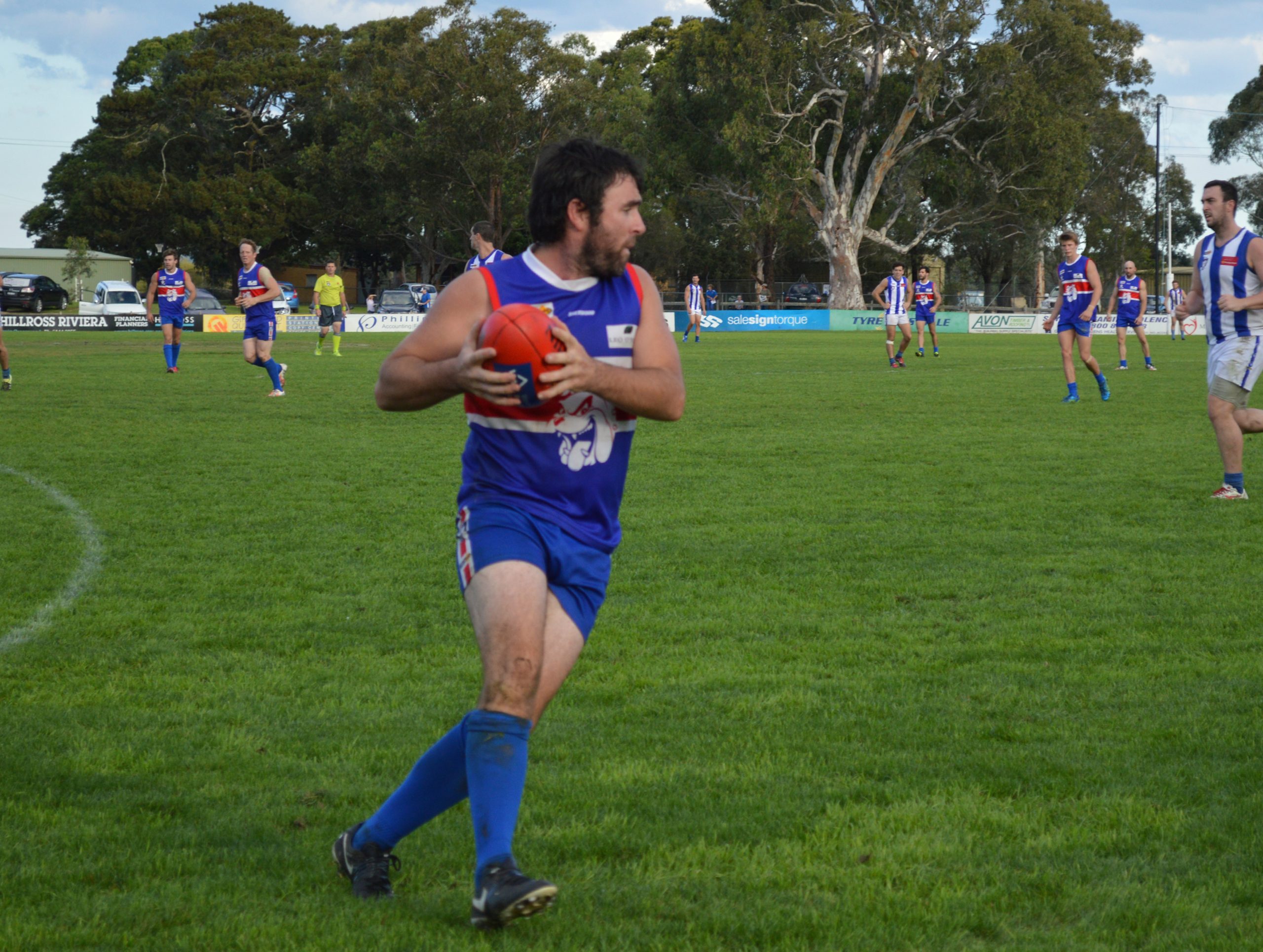 SALE City asserted its dominance at the top of the North Gippsland football ladder with a disciplined win over Heyfield on Saturday.

In a surprise, winless Gormandale stunned second-placed Rosedale to move off the bottom of the table.

In other games, Woodside, Yarram, and Churchill all recorded solid wins to consolidate their positions in the top five.

SALE City has gone from strength-to-strength, proving it is the team to beat with a comprehensive 51-point victory over Heyfield.

The Tigers led by 14 points at half-time before an eight-goal to three third quarter set-up their win. Inaccurate kicking for goal didn’t help the visitors’ cause.

WOODSIDE returned to the winners’ list with a 42-point victory over Traralgon-Tyers United.

Woodside led from start to finish and never looked challenged, but took their foot off the accelerator in the final quarter, managing only six behinds, which was a slight blemish on an otherwise disciplined performance.

CORBIN Sutherland kicked 10 goals as Yarram continued its charge up the ladder after posting a 52-point victory over Cowwarr on Saturday.

The Cougars are shaping up as the quiet achiever of 2016, posting another resolute win to take them to three wins and two losses.

After a closely fought first quarter, the home side kicked away in the second, kicking eight goals to four.

Nick Campbell dominated up forward for the Cougars, finishing with seven goals.

The rebuilding Magpies showed they have some kicking power, nailing 13 major for the day, but it wasn’t enough.