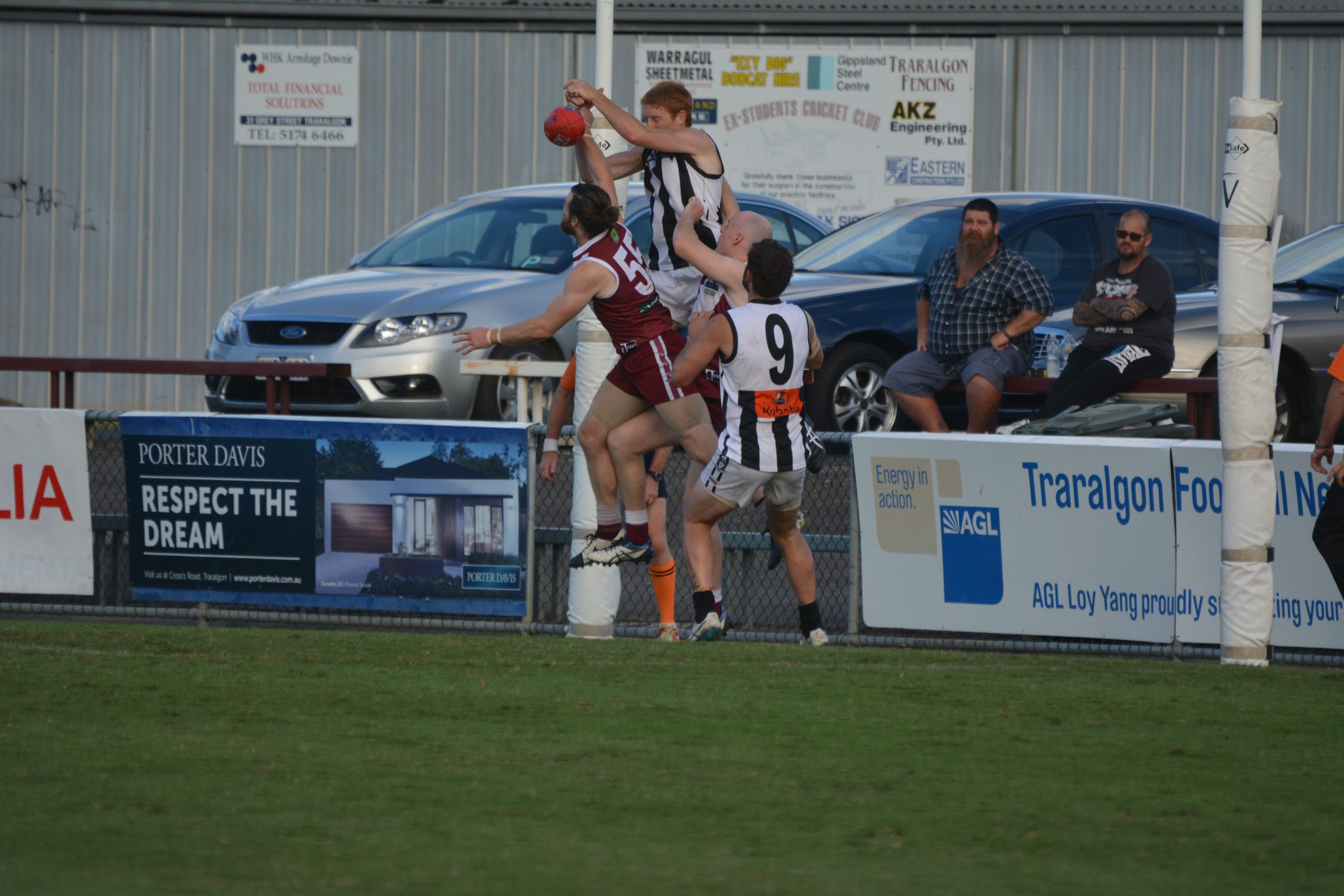 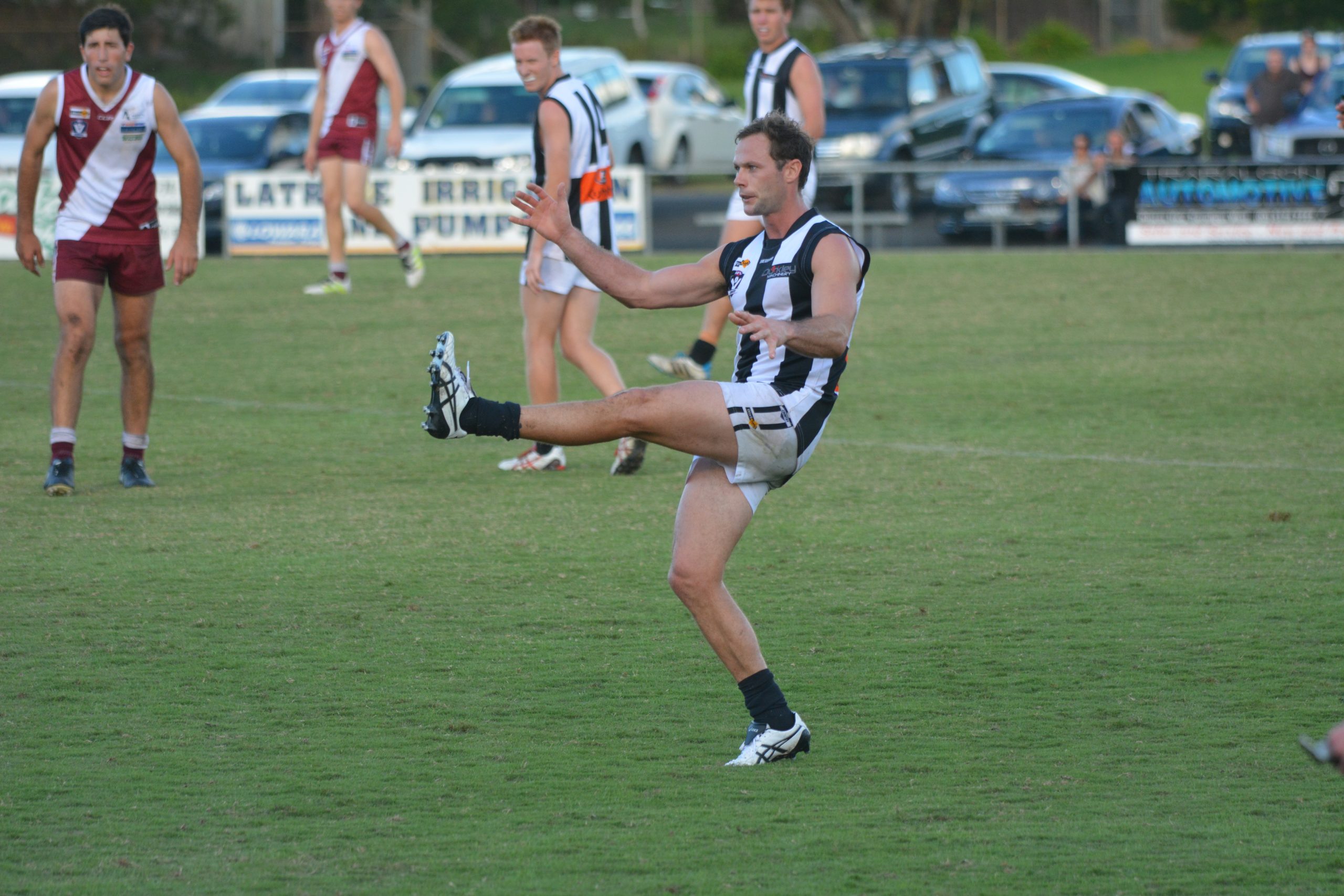 RELATED: Eagles lift in second half to defeat Drouin

A SEVEN-goal to one third quarter burst put paid to Sale’s chances against Traralgon on Saturday.

The architect of the Maroons’ win was the high marking Lee Stockdale, who was unstoppable in front of goal, booting six majors. He was well-supported by Tim Johnston, Matt Northe, Brad Caldwell, Dylan Loprese and Troy Forrest, who between them added another 10 goals.

Jackson Hall was also a significant contributor in the Traralgon win.

Sale was behind the eight ball before the game began when key defenders Lochie Ronchi and Andrew Quirk pulled out of the selected side. Worse was to come when midfielder Michael Todd went off in the second quarter with an eye injury.

Sale began well and held a slender four-point lead at quarter-time. From then on, the Maroons’ speed machine clicked into gear and fought back to take a 13-point lead into half-time.

Traralgon upped the pressure in the middle quarters, and was too much for the young Magpies, who were being forced into elementary skill errors.

Sale paid dearly for its unforced errors which embarrassingly often turned into scoring opportunities for the Maroons.

The undermanned Magpies were in damage control and spent most of the rest of day chasing the more skilled and faster opponents.

Despite the centre bounce clearances being shared, the Maroons clearly won across the centre resulting in forward dominance with 35 inside 50s to Sale’s 26.

With a 50-point deficit at the final break, a blow-out was on the cards for Sale. The Magpies, however, were not yet finished with, and to their credit gave their all to break even in general play in the final quarter.

Sale was better-served by evergreens Kane Martin and Shane Fyfe, who have 345 senior games between them. Both tried their hardest, producing four quarters of solid leadership, but they needed much more support from teammates.

Lachlan Heywood, who continues to impress, was again a focal point up forward for Sale, kicking three goals from strong marks, and John Gooch marked well and kicked four goals, three of them from a long way out.

LEONGATHA returned from Bairnsdale with a 103-point thumping victory.

MOE recorded its first win at Wonthaggi since 2010.

Five unanswered goals in the first term set-up the victory.