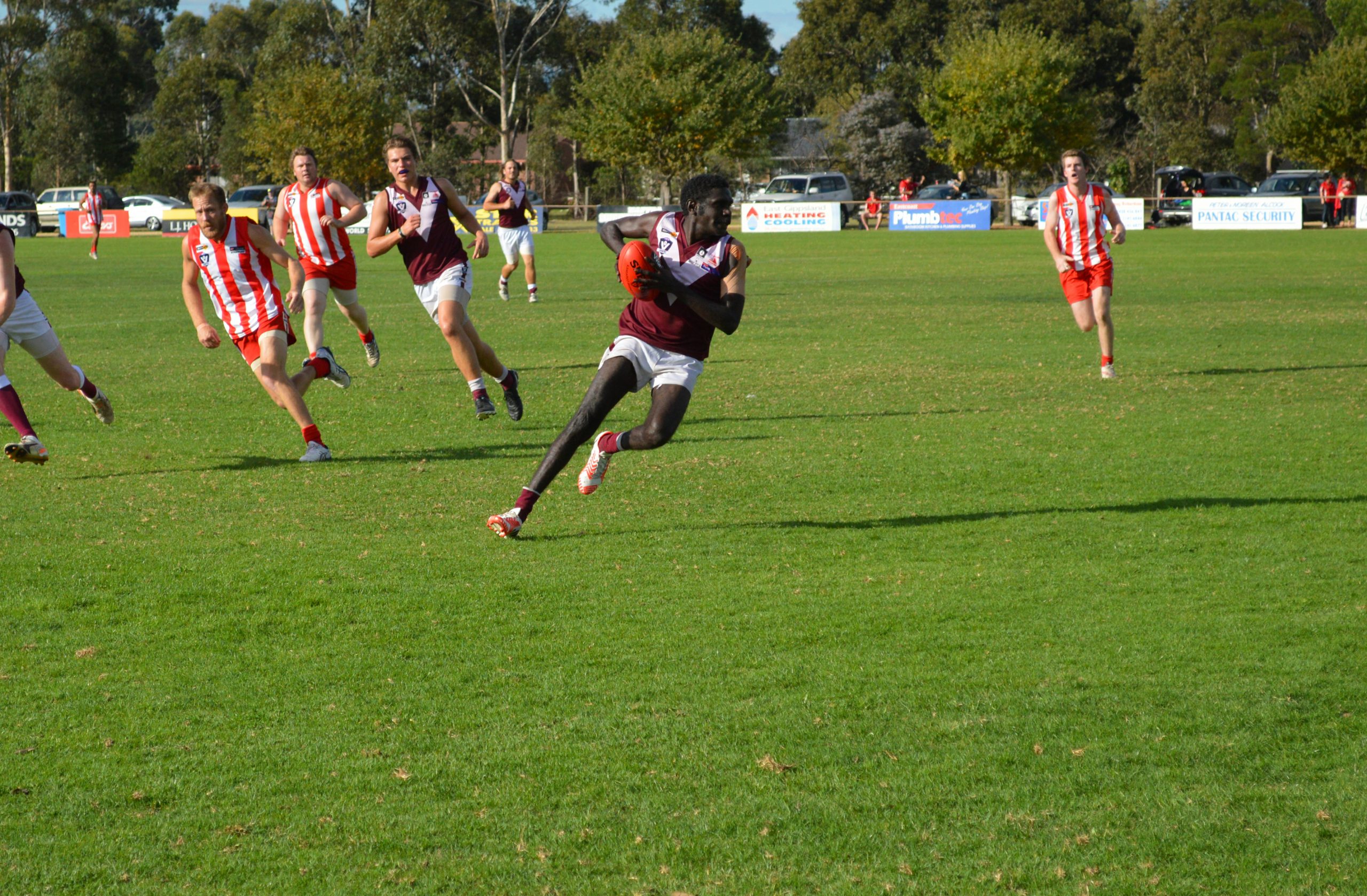 The seniors match began late because of a nasty fall by Lakes Entrance’s Tyler Mann after taking a high knock during the final quarter of the reserves game. An ambulance was called as a precaution, but according to Seagulls president Danny Moorhouse, Mann should recover.

In the netball, Lakes’ Jaelee Greaves was also taken off the court with a painful-looking knee injury, and may miss the rest of the season.

The visiting Seagulls began well, kicking five goal to three in the first term to lead by 13 points at quarter-time. The margin was extended to 24 by half-time, thanks to the Seagulls’ three-goal to one second term.

After an even third quarter, the visitors made sure of victory in the final, adding four answered majors.

Stratford will need to push exceptionally hard to get off the bottom of the ladder, so far winless after four rounds.

Despite piling on goals early, the Bombers were almost stunned after Lucknow kicked eight goals to three in the final term, almost doubling their score.

The Blues dominated the final quarter, kicking three goals and six behinds, but the damage was done, as the Gulls were six goals ahead by half-time.

Mathew Davidson kicked an impressive five goals, and Aaron Cameron was best for the Gulls, while Tom Smith scored three goals for the Blues, with Kieran Vickery their best.