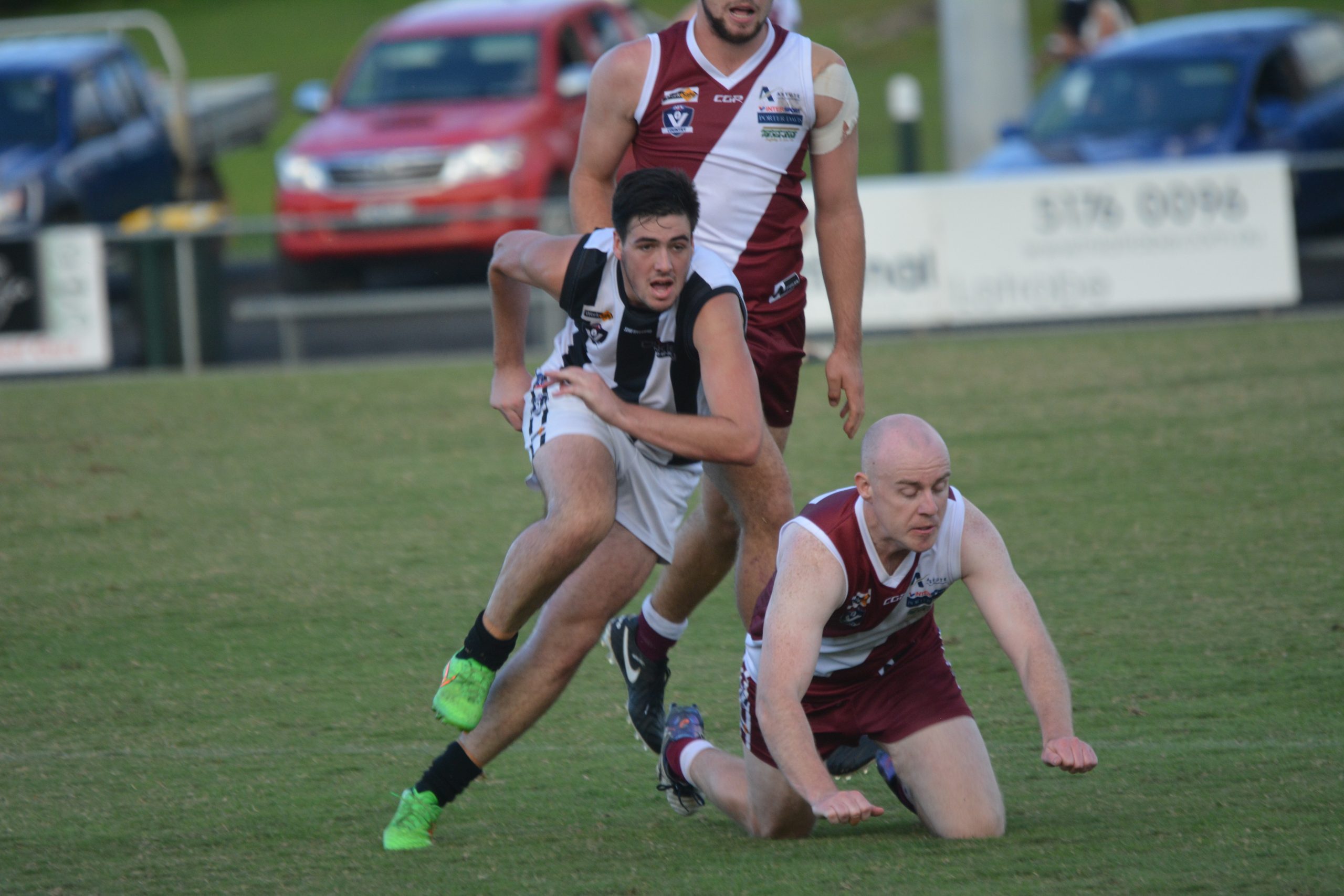 ANOTHER round, another grand finalist for Sale.

After a 77-point loss to Gippsland League football premier Traralgon, the Magpies will again hit the road on Saturday, this time to meet runner-up Leongatha.

The ladder-leading Parrots have been the stand-out team, undefeated after four rounds.

Another second half fade-out for the Magpies, like they had against Maffra and Traralgon, will be costly. The Parrots have the ability to pounce on any lapse in intensity, just ask their past two opponents Maffra and Bairnsdale.

Sale has won eight of its previous 10 matches at Leongatha.

MAFFRA, looking to find some early season consistency, will travel to Morwell.

Victory at home over Drouin last weekend moved the Eagles back into third place on the ladder with three wins from four starts.

The Eagles didn’t have the best of starts, but found their way in the second half to win by seven goals. Coach Wayne Butcher would be happy with nothing less than a four-quarter performance against the Tigers.

The home side would dream of just one victory. Winless after four rounds, the Tigers are having their worst start to a season since losing their first five in 2003.

OUTSIDE the top five on percentage, seventh-placed Bairnsdale will welcome Traralgon.

The Redlegs have been poor against the top sides this season, with heavy defeats to Maffra and Leongatha, and will need at least an admirable performance tomorrow to be taken seriously as a finals contender.

The Maroons have won their past seven matches against the Redlegs.

WONTHAGGI and Warragul enter their contest more evenly-matched than they have been in recent years.

The Power has defeated the Gulls in their previous four matches by large margins, but Warragul has a stronger line-up, giving it a real chance to break that run of losses tomorrow at Wonthaggi.

With two wins, the Gulls are fourth place, while the Power has lost its past three matches.

FOLLOWING the completion of ground works, Moe will play its first game at Ted Summerton Reserve.

The in-form Lions, coming off two consecutive victories, will host Drouin, which has lost its past two matches.