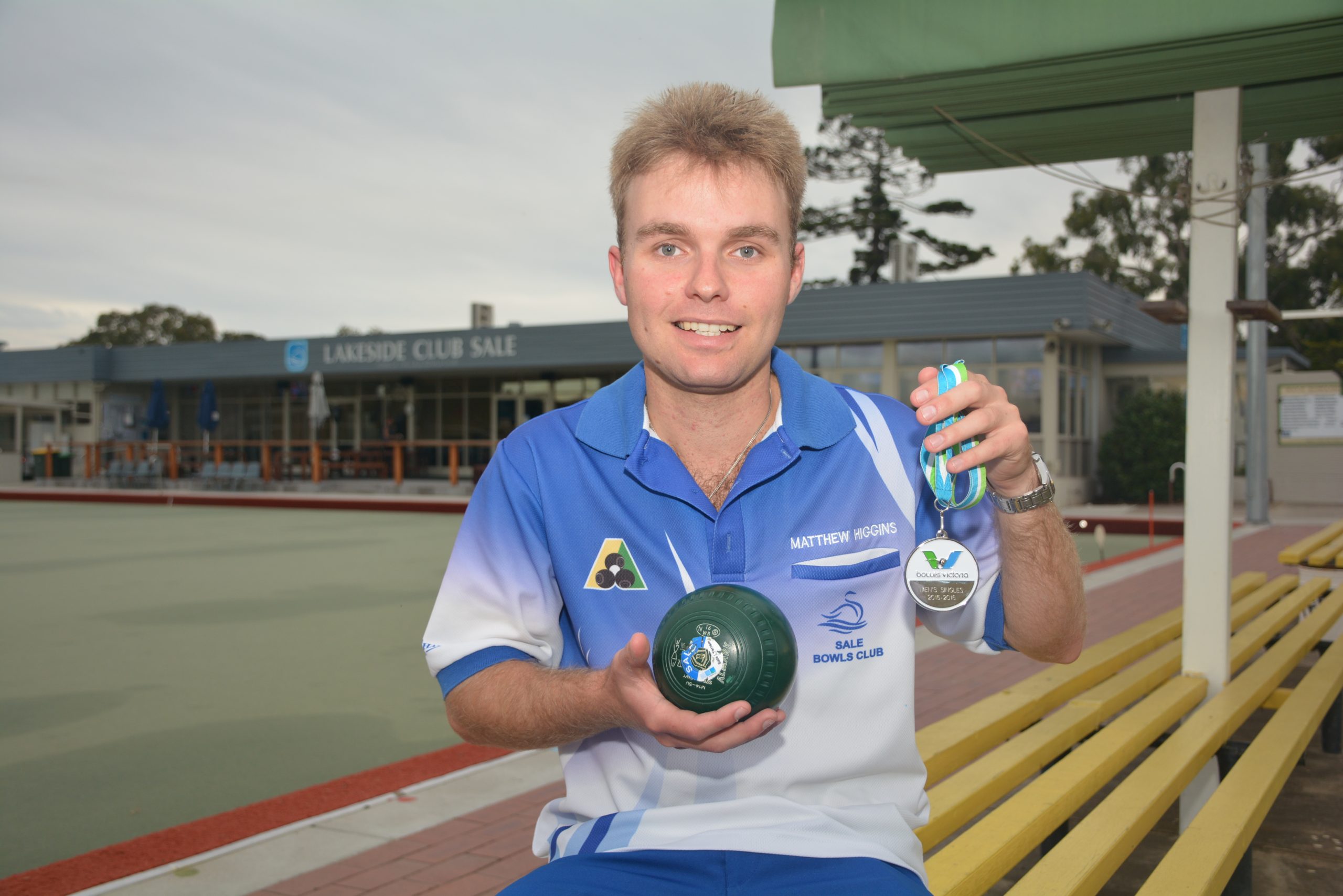 SO close was the final, a roll of a bowl the other way could have made Matthew Higgins a state champion.

The Sale bowler lost the men’s singles final at the Bowls Victoria Champions Week to Echuca’s Philip Thorn by just one shot.

It was the best individual result by a Gippsland bowler since Heyfield’s Rohan Kelly won the national title a decade ago.

“No-one’s won it at this club. Billy Wain, our Australian representative who did very well in the 80s, said he’d won the Champion of Champions, but never the state one,” Higgins, 23, said.

“You don’t have to play premier league in Melbourne to get to this level.”

Played in front of a large crowed in Bendigo, the final was a thriller, with both combatants swapping the lead in the race to 25 shots.

The result hinged on courageous shots from both players.

With his opponent in a winning position, Higgins responded to level scores at 23-23.

The state squad member was then close to winning, with two of his bowls closest to the jack, until Thorn was able to level the scores again and eventually claim the title.

“It was very nerve-wracking at the end because I held game on him and he had to pull big bowls at the finish,” Higgins said.

Having to win at district and region level to qualify for the state event, the significance of winning a silver medal was not lost on Higgins.

“It’s all knock-out … you’ve got to keep winning and winning,” he said.

“Some games might go for three and a half hours, and you’ve got to play three in one day.”

Even to make the final, Higgins had to fight back from 21-11 down in the semi-final.

In recent months, Higgins was part of Sale White’s win in the North Gippsland Bowls Division section one pennant, won the Sale Bowls Club men’s singles title and claimed bronze in the state under 25 singles.

Higgins believed regular training was key to his success.

“Everything comes down to practice – mentally and physically,” he said.