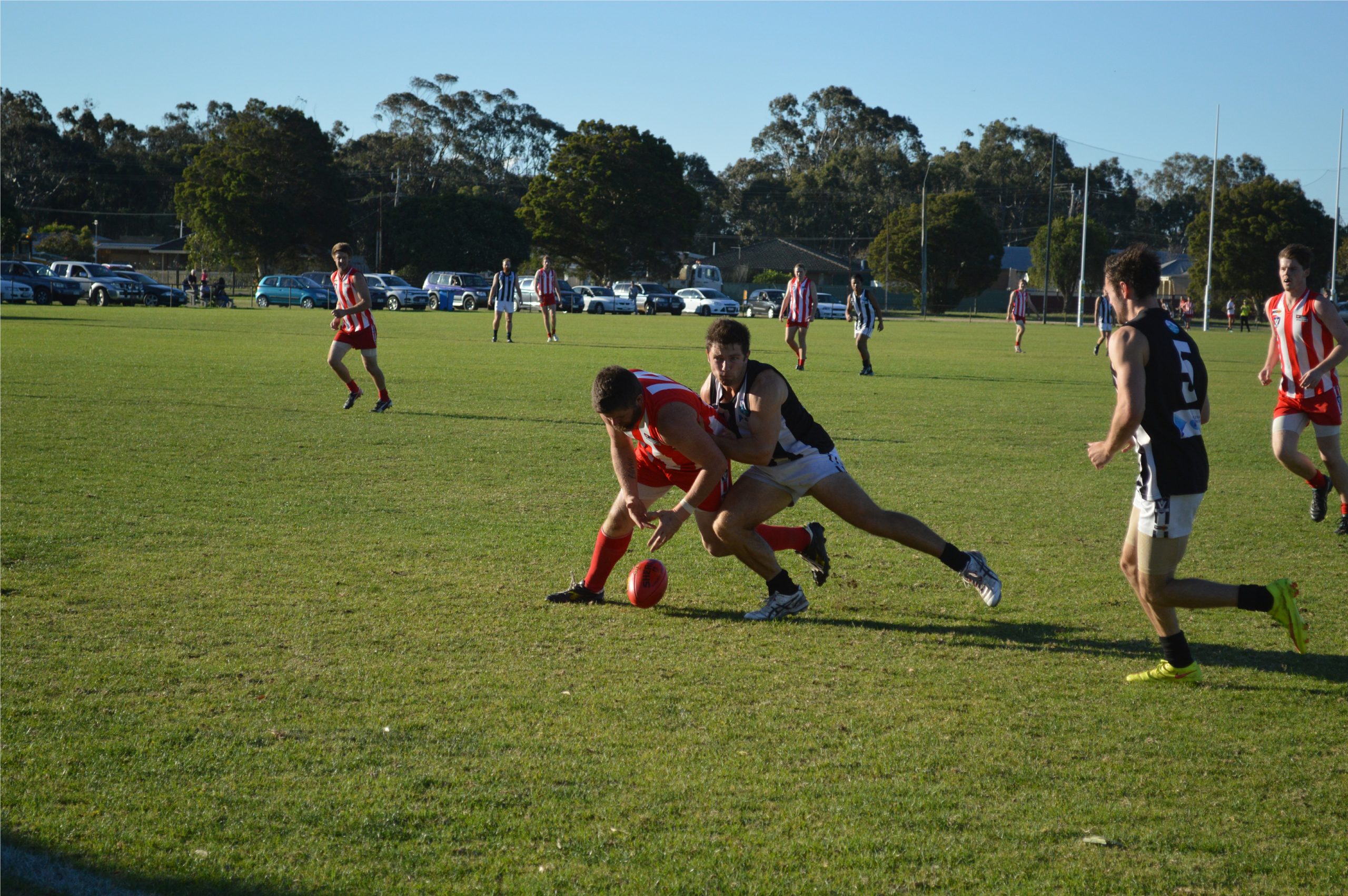 BOISDALE-Briagolong had a strong win over Orbost-Snowy Rovers during round six of the East Gippsland football.

Pulling ahead early, and keeping the Blues to a single behind in the second quarter, the Bombers were rarely troubled. Orbost did impress with its speed and exchanges, but was swamped by the more experienced opposition.

In bright and windy conditions at Stratford, the Swans fought hard until the third quarter, when it all fell apart. They were kept scoreless in the final term as the Magpies piled on 6.4.

In spite of this, every now and then Stratford showed flashes of brilliance in a turnover, keeping play down its end for as long as it could, but the wind played havoc with the Swans’ kicking.

Patrick Gordon was the Swans’ best player, while Ryan Halford the led the way for Lucknow, with Shaun Ryan kicking five goals.

The Gulls were in front at quarter and three-quarter times, but by very small margins, and ran out of steam at the end, which allowed Lindenow to kick six goals to two.

The visitors were goalless in the first quarter, and did not score at all in the third, but completely silenced the Tigers in the final term with a 4.5 effort to nudge in front by six points.

Kenny Puruntatameri starred for the Seagulls, with three goals, and Xavier Ryan their best, while Nathan Dennison was best for Wy Yung.