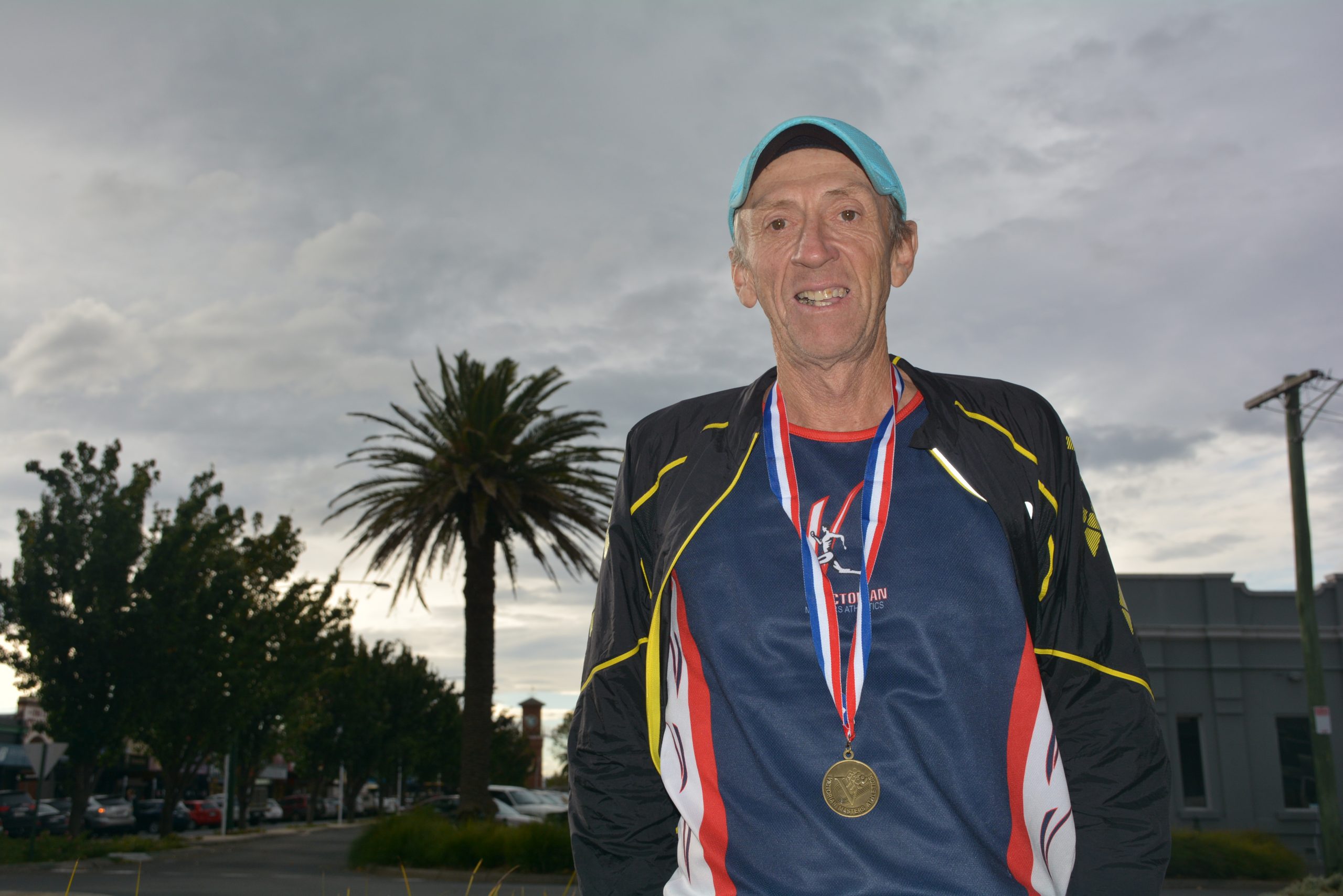 Defeating the competition in an eye-watering time of 39:02 minutes, Williams, 60, said he was as surprised as anyone.

“I don’t think I could do these times when I was younger,” he said.

Williams is usually a sprinter, and in his comeback this year he has won podium places in 300, 800 and 1500 metre and 3km races, as well as strong finishes in open competitions, running against people a third of his age.

“You can do a lot if you look after yourself,” he said wryly.

Facing windy conditions on the synthetic track, Williams said he was keeping a good pace until after the halfway mark, but was still far ahead of his challengers.

No one else his age in Australia was breaking the 40-minute mark, he said.

Williams, who placed sixth overall for the event, thanked coach Marteen Beer and the Sale Parkrun crew for providing the motivation as he got back into running.

Next up, Williams intends to smash the 19-minute barrier at the 5km Parkrun, a feat he has accomplished on the track, while preparing for the 800m race at the World Masters Athletics Championships in Perth later this year.