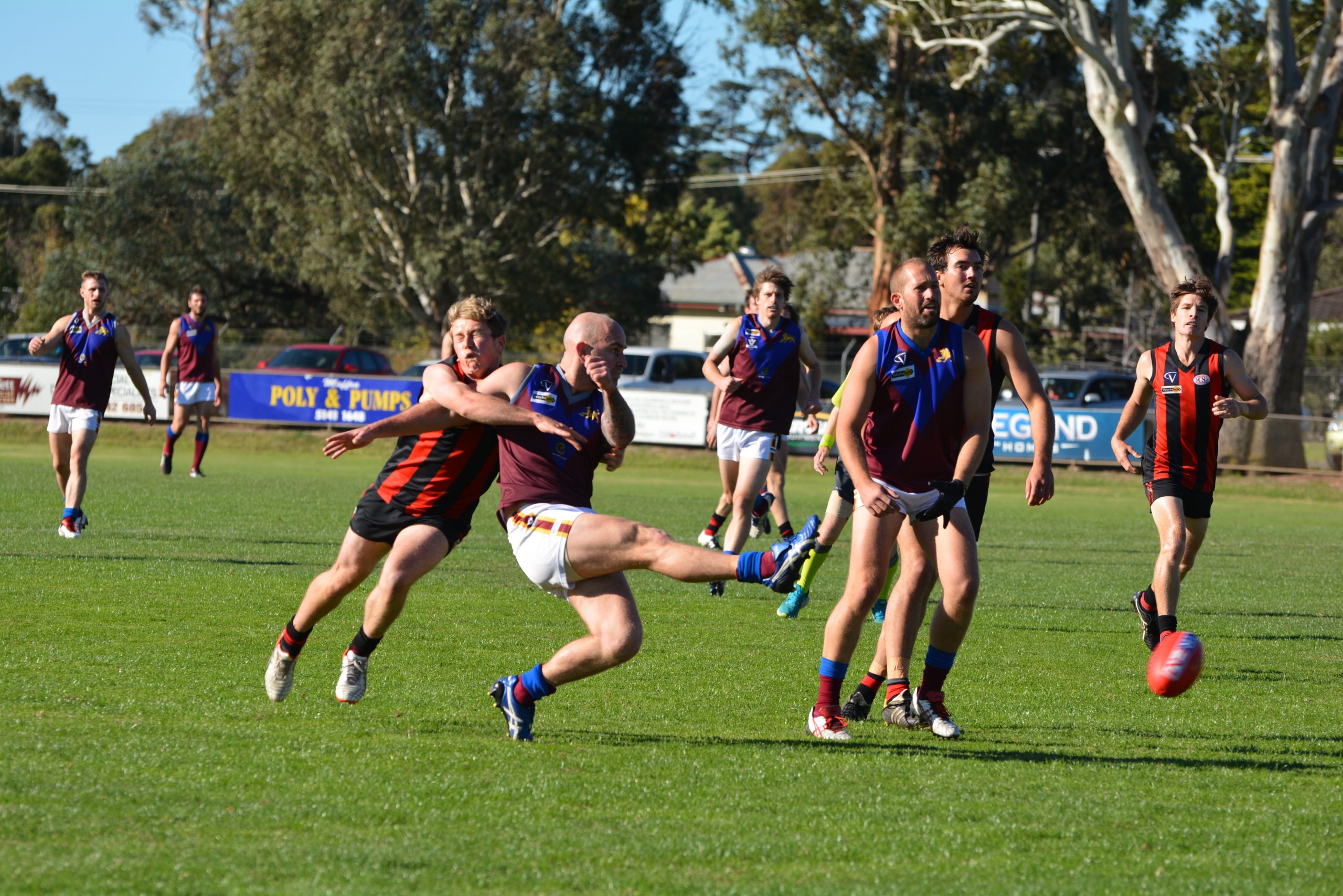 AN eight-goal to one final term gave Maffra a 47-point victory over Moe.

With their lead reduced to two points by the final change, the Eagles responded to win 17.14 (116) to 10.9 (69) to stay in third place on the Gippsland League football ladder.

A promising first half performance, in which the Eagles built up a four-goal lead, was almost undone during the third term with the Lions pouncing on their poor decisions.

David Adams, Lachlan Channing, Danny Butcher and Dan O’Brien lifted when required for the Eagles, stretching the visitors, who have improved from recent seasons.

Daniel Bedggood provided a target and energy in the forward line, finishing with three goals, the same as Hamish Nettleton and Mitch Bennett.

In a positive sign for the Eagles, captain Sam Pleming returned to action from injury, while ruckman Trent Knobel was better for the run following his own return to the side last week.

It took time for both sides to adjust to the breeze going across the ground. This affected Maffra’s accuracy in front of goal.

The Eagles applied good pressure early, but the persistent Lions were able to keep in touch.

Moe kicked four goals to one during the third quarter to cut the deficit to two points, however, it could have been ahead if not for missed chances.

With coach Wayne Butcher urging his players to “value the football”, the Eagles lifted in the first term, booting the first three goals to give themselves breathing space.

While the Lions pegged a goal back, cutting the margin to 17 points, the Eagles run out the match strongly, kicking the final five goals.

The Eagles will have this weekend off for the interleague match against Bendigo, with two weeks to prepare for the clash against second-placed Traralgon.

The Gulls trailed by 10 points at quarter-time, but that was as good as it got for the visitors as the Parrots added 14 goals to four from that point on.

Brok Davidson and Christopher Dunne booted five goals each for the home side, while its defence kept the Gulls’ potent forwards quiet.

MORWELL secured its first points of the season, but remains without a win after drawing at Drouin.

It was the second draw of the day at Drouin, with the Hawks and Tigers also finishing level in the under 18s.

TRARALGON staved off a second half surge to defeat Wonthaggi Power by three goals at home.

The Maroons appeared in control early, leading by 41 points at half-time, but the Power finished the match full of running, kicking six of the final eight goals of the game, only for time to run out on their comeback.

Sitting second place, the Maroons have won their past five matches.