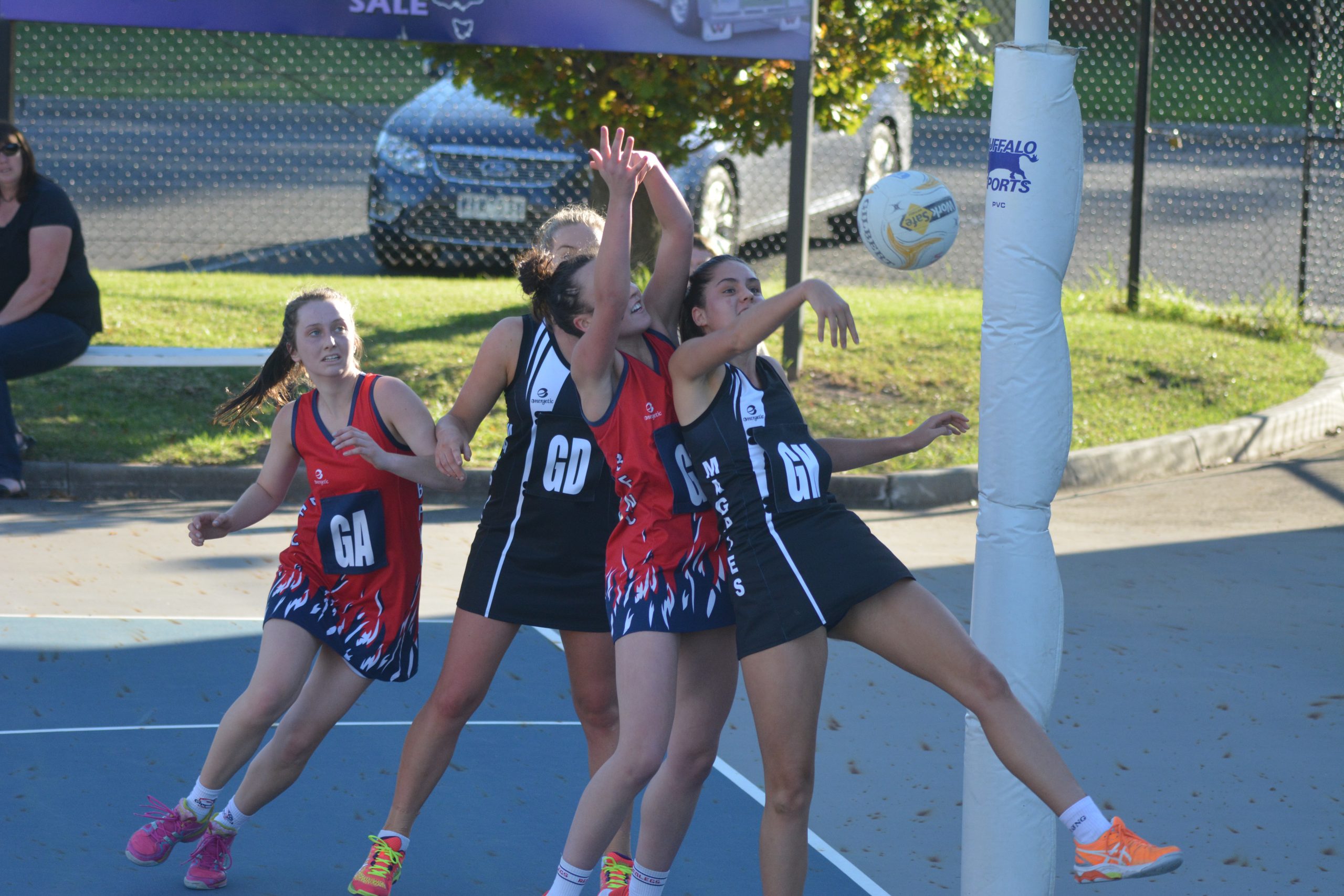 SALE and Maffra have slipped down to eighth and ninth on the Gippsland League netball ladder respectively after home defeats on Saturday.

Sale went down to Bairnsdale 32-28, a result which saw the Redlegs overtake the Magpies and Eagles into seventh place.

Morwell lost its first match of the season, going down at Drouin 49-42. The second-placed Tigers are now only ahead of the Hawks on percentage.

Traralgon sits clear on top of the ladder after a 61-49 victory over Wonthaggi, while fourth-placed Leongatha was too good for Warragul, winning 68-28.

On Saturday, both sides defeated teams involved in the fight for places in the top five. The Wildcats defeated Glengarry 52-39, while the Blues won tight contest against Sale City 44-38.

Heyfield consolidate third spot with a 50-39 victory over Gormandale.

Churchill moved passed Glengarry into fourth place after its 43-34 win at Yarram, while Cowwarr defeated bottom side Traralgon-Tyers United 44-38.

Both are undefeated after six rounds.

Stratford remains in third place, two wins behind the leaders, after its 40-33 victory over Lucknow.

Lindenow claimed fourth place with a 32-28 victory over Paynesville.