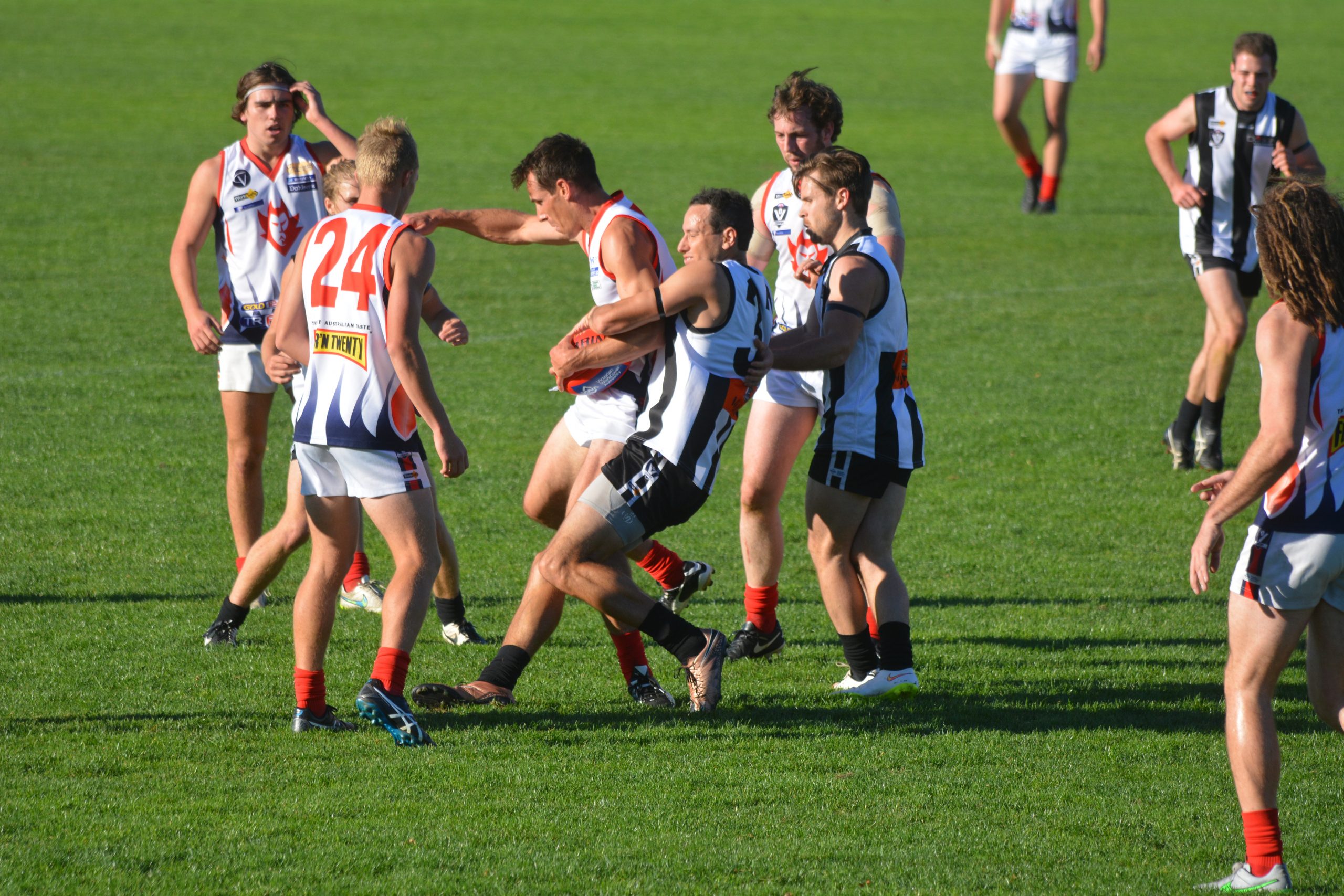 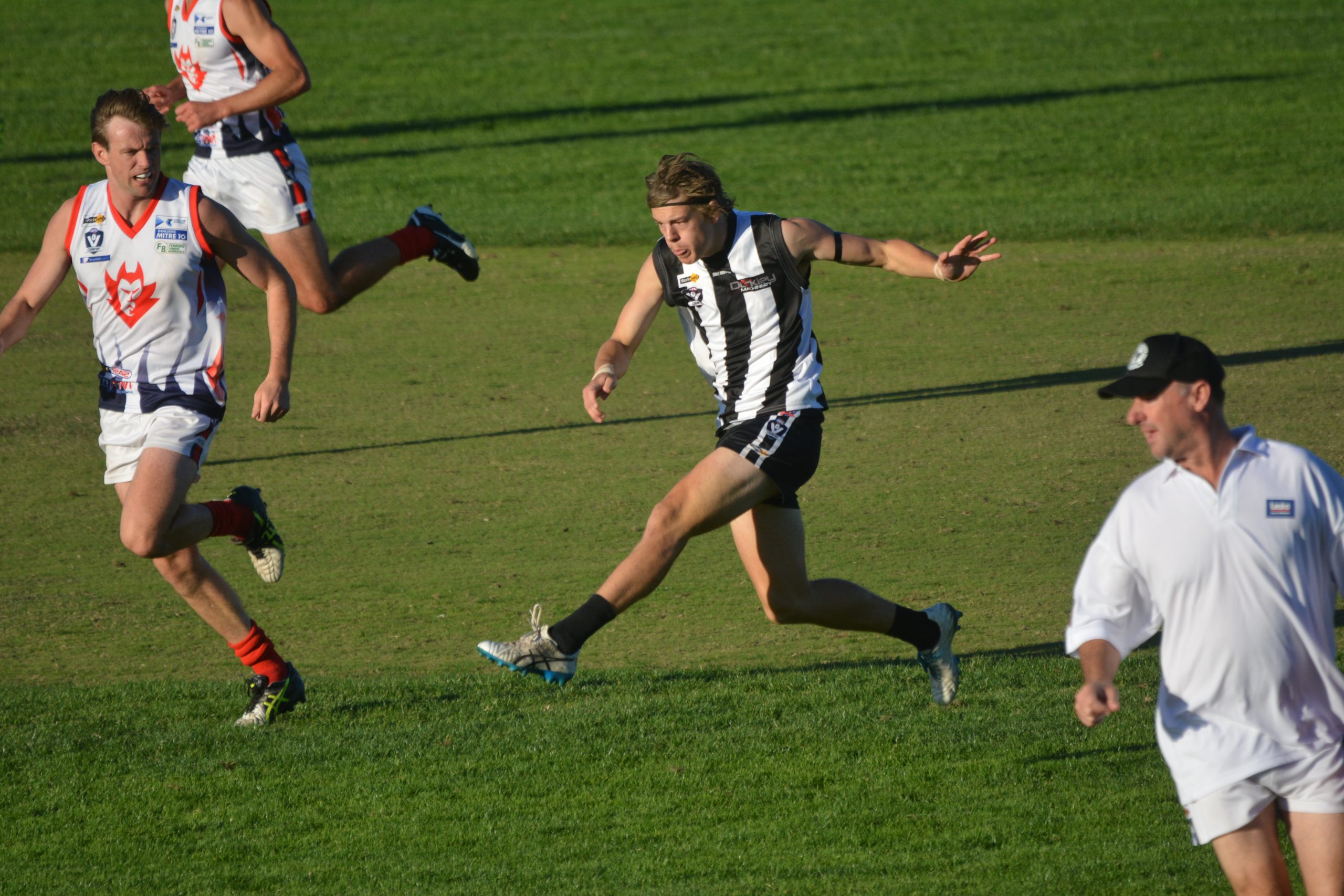 BAIRNSDALE broke a long losing streak at Sale when it defeated the Magpies 14.13 (97) to 10.6 (66) in Saturday’s Gippsland League football match.

Now with three wins, Bairnsdale moves into sixth place on the ladder, just behind Moe and Warragul on percentage.

Ten of the players are 20-years-old or younger.

Fyfe said the Magpies kept trying but had a bit of work to do on their skill errors, although it was encouraging their best quarter was the final term, when Sale kicked 5.2 to three goals with the wind.

It was always going to be tough for Sale with Todd and Martin out, as they have been averaging 50 possessions between them, and that left the door open for the Redlegs’ midfield.

John McIntyre, who has been a welcome return for the Magpies, was their best, as a goal kicker capable of playing in most positions, and worked hard in contests.

John Gooch was good again up forward, with two goals, and Andrew Quirk finished with three goals on a day when goals were hard to score.

Thacker worked hard for possessions and was not out of his depth at this level.

Justin Mitrevski, Jayden Allison and Jackson Glenane worked hard around the packs and tried to make up for the loss of their injured players.