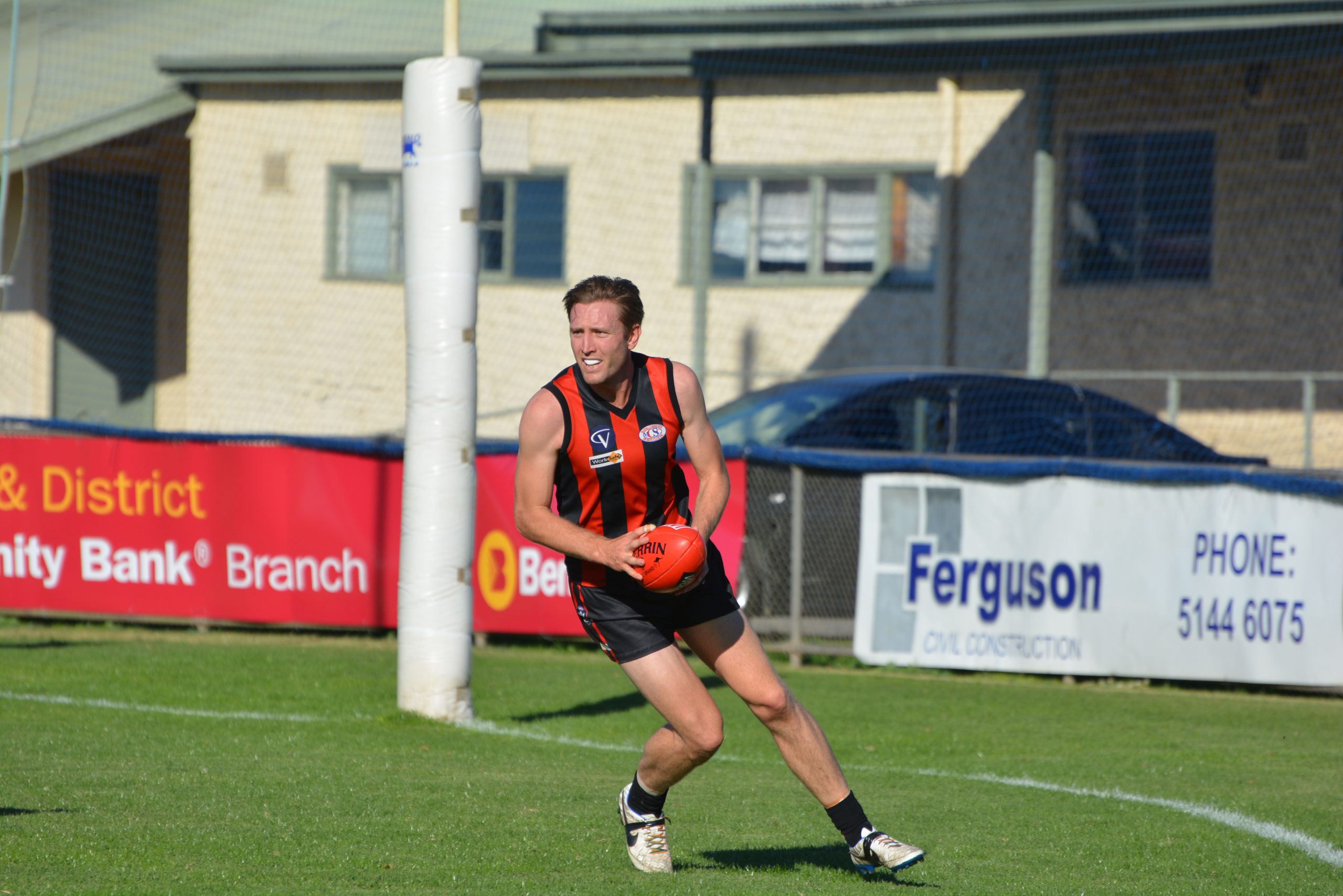 WITH both sides comfortable in Gippsland League football’s top three, Maffra will travel to Traralgon on Saturday.

These teams, along with ladder leader Leongatha, have established themselves as the teams to beat after six rounds.

The Parrots are the only team to have defeated Traralgon and Maffra this season, with the second-placed Maroons are ahead of the Eagles by less than seven percentage points.

The Eagles put in a disappointing performance against Leongatha, losing by 61, and will be looking for a better effort tomorrow in order to prove its standing in the top bracket.

Eight Traralgon players will be backing up from last weekend’s interleague match, while the Eagles will be fresh, with none representing Gippsland.

Maffra is slowly getting towards the kind of form it’s capable of, helped by the return of key players from injury. In round six, the Eagles responded to Moe’s challenge by kicking eight goals to one in the final term to win by 47 points.

The Maroons haven’t lost since round one. They extended their winning streak to five after withstanding a second half comeback to defeat Wonthaggi by three goals.

Traralgon’s two-point win over Maffra in round 16 last year broke an eight-game winning streak the Eagles had over the Maroons. Traralgon then recorded its first finals victory over Maffra since the 2005 grand final on the way to claiming the premiership.

SALE faces the prospect of losing touch with the top five if it loses at Warragul.

Finalists the past five years, the Magpies are currently in seventh place with two wins and four losses.

After two wins in a row, the Magpies have lost their past three matches. Before the interleague break, the Magpies were made to pay for errors against Bairnsdale.

As they look to turn their form around, the Magpies can take heart from the fact they’ve won their past 13 matches against Warragul.

The Magpies have comfortably won the past five encounters, 49 points the smallest margin.

However, the Gulls’ improvement has seen last year’s wooden spooner sit in fifth place with 3-3 record.

Last round, the Gulls tested Leongatha early, but were unable to keep up with the pace of the ladder leader.

LEONGATHA heads to Moe, where a major milestone will be celebrated. Peter Ainsworth will be playing his 300th senior game for the Lions.

Moe has taken some giant strides forwards in 2016, but has fallen short in its big tests. In round two, the Lions were outclassed by Traralgon, and, in their most recent game, matched Maffra for three quarters before fading badly in the final term.

How will the Lions deal with the powerful Parrots?

WONTHAGGI and visitor Drouin will be keen for victory in spark their seasons.

Both teams entered the season with high hopes of making the finals, but both will be disappointed with their form, with the Hawks sitting in eighth place and the Power in ninth.

Both teams have one win each, with the Hawks ahead thanks to their last start draw with Morwell.

COMING off a rare win at Sale, sixth-placed Bairnsdale will look to continue that form at Morwell.

With victory tomorrow and winnable matches at home against Moe and Wonthaggi to follow, the Redlegs could find themselves in the top five at the half-way mark of the season, well-placed for a finals run.

While it drew with Drouin in the last round, Morwell has yet to win a match. The Tigers are enduring their worst start to a season since 2002, when they lost their first 10 games.