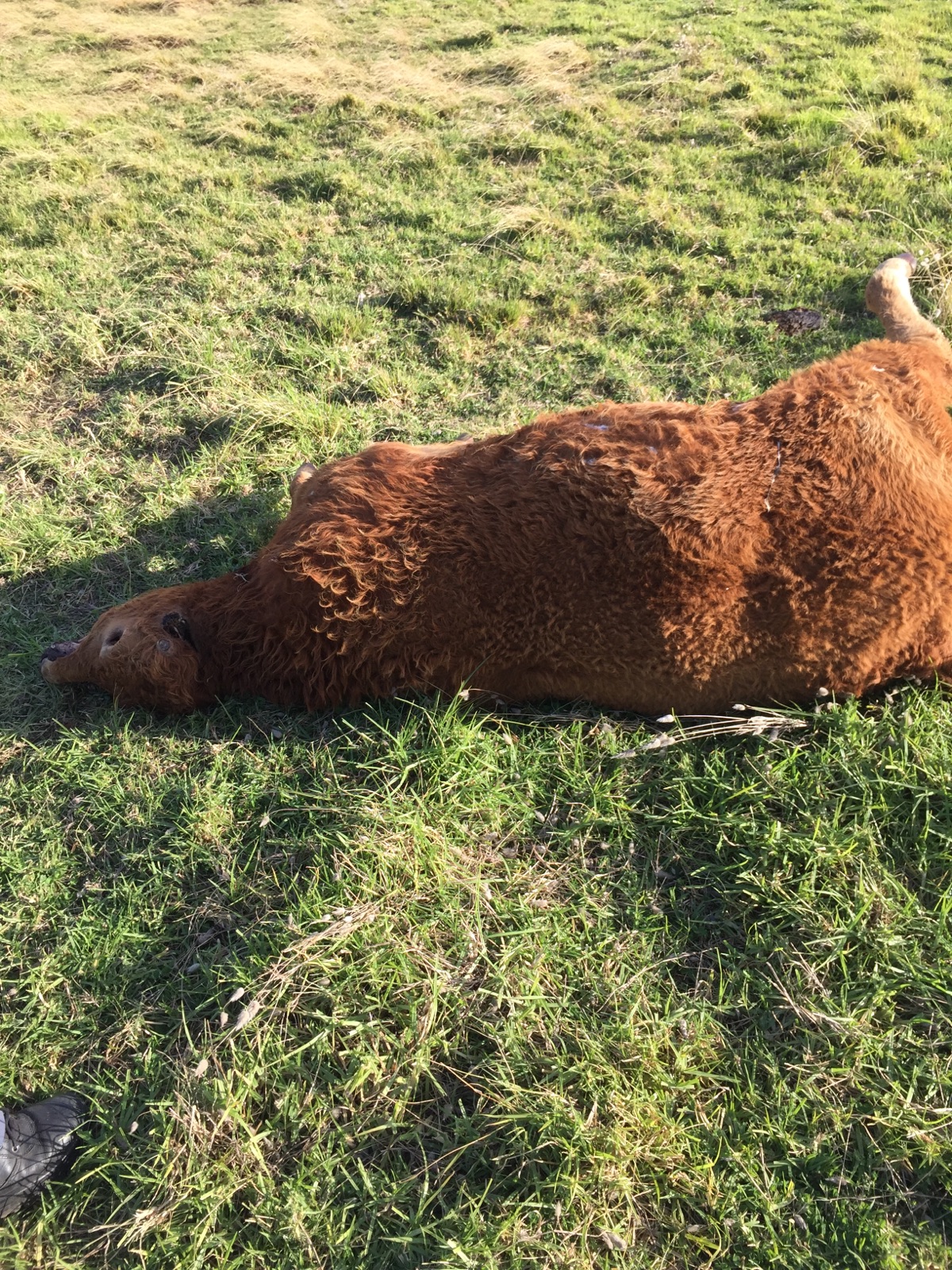 A MEERLIEU farmer is furious after his Limousin calf was shot by poachers on the weekend.

Lon O’Hehir, the owner of the property, alleged that the bull was shot from the road while hunters were spotlighting for deer around Lake Wellington.

“There’s lots of hog deer poachers in the area,” he said. “They’ve come down the road spotlighting every weekend for years.”

Hunting in the area is banned, and Mr O’Hehir’s property includes 300 acres of untouched conservancy land.

Other incidents, including out of control campfires, vehicles on the shore of Lake Wellington, allegedly mutilated kangaroos, and shots fired through farmhouse windows, were also mentioned by his mother to the Gippsland Times.

Mr O’Hehir is offering a $2000 reward for information leading to the arrest of the culprits.