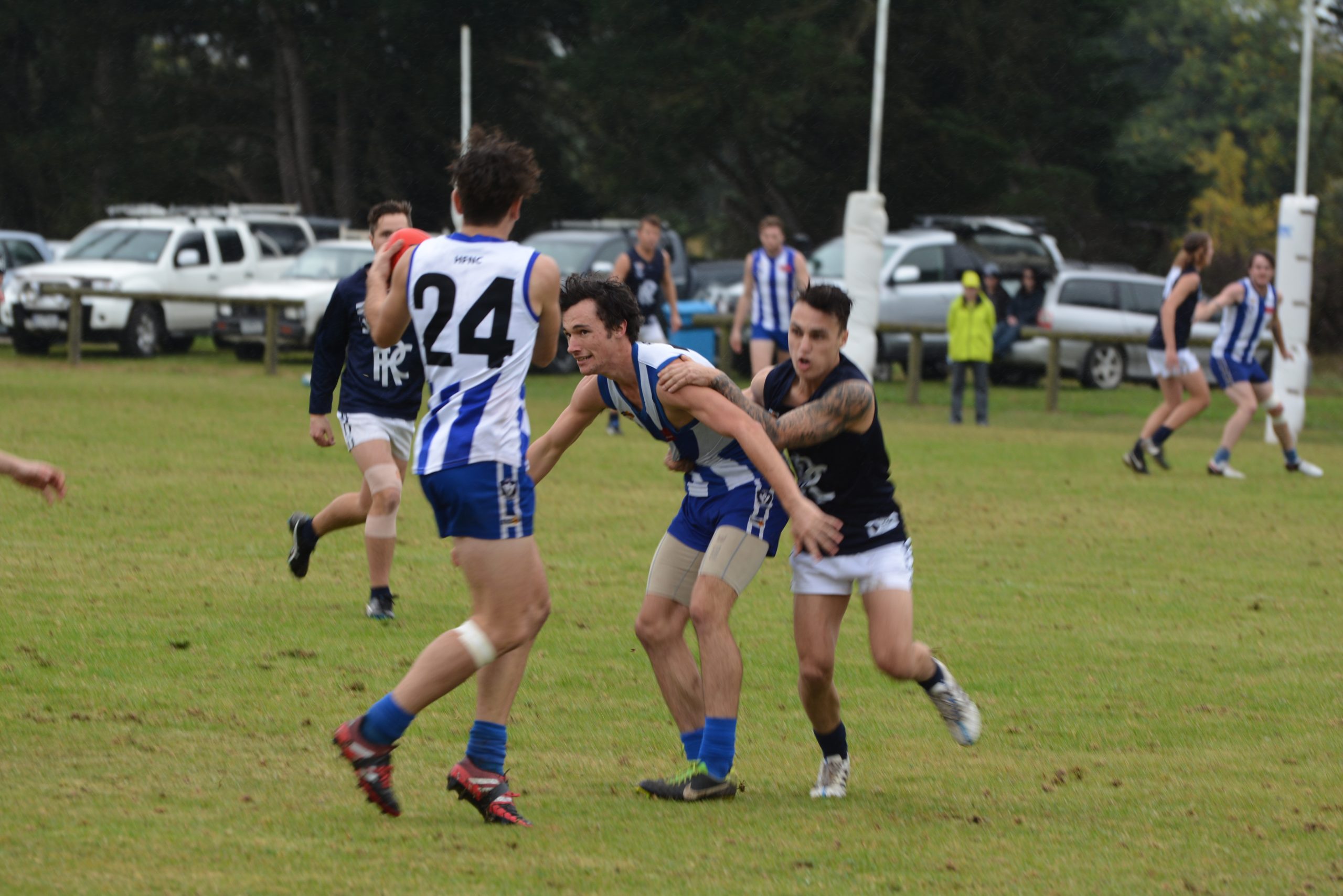 The Kangaroos led at every change and, while the Blues rallied late, inaccuracy cost them dearly, as they could only manage three goals from 13 scoring shots after half-time.

Scott Anderson continued his rich vein of form for the home side and was joined in the best by Matt Phelan, David Kelly and Mark Johnston.

The defeat dropped Rosedale to sixth on the ladder, one game behind Yarram and Heyfield.

The flag frontrunner trailed the side at the opposite end of the ladder by four points at quarter-time, as the Tigers became just the second side to kick five goals in a quarter against Bulldogs this season.

The Saints kept the Magpies goalless to quarter-time and maintained a 19-point lead at the main break, before the visitors stormed back to level scores by three-quarter-time.

Ben Coffey, Kurt Henderson and Brett Street (two goals) led the way for the Saints, while Shane Kosterman, Andrew May and Chris Wangman were Glengarry’s best.

CHURCHILL shored up second spot with another dominant display against Traralgon-Tyers United.

Bombers coach Jay Neagle was the only multiple goal-kicker for the home side, which was best served by Rhys Martin, Nick Albanese and Guy Sinclair.