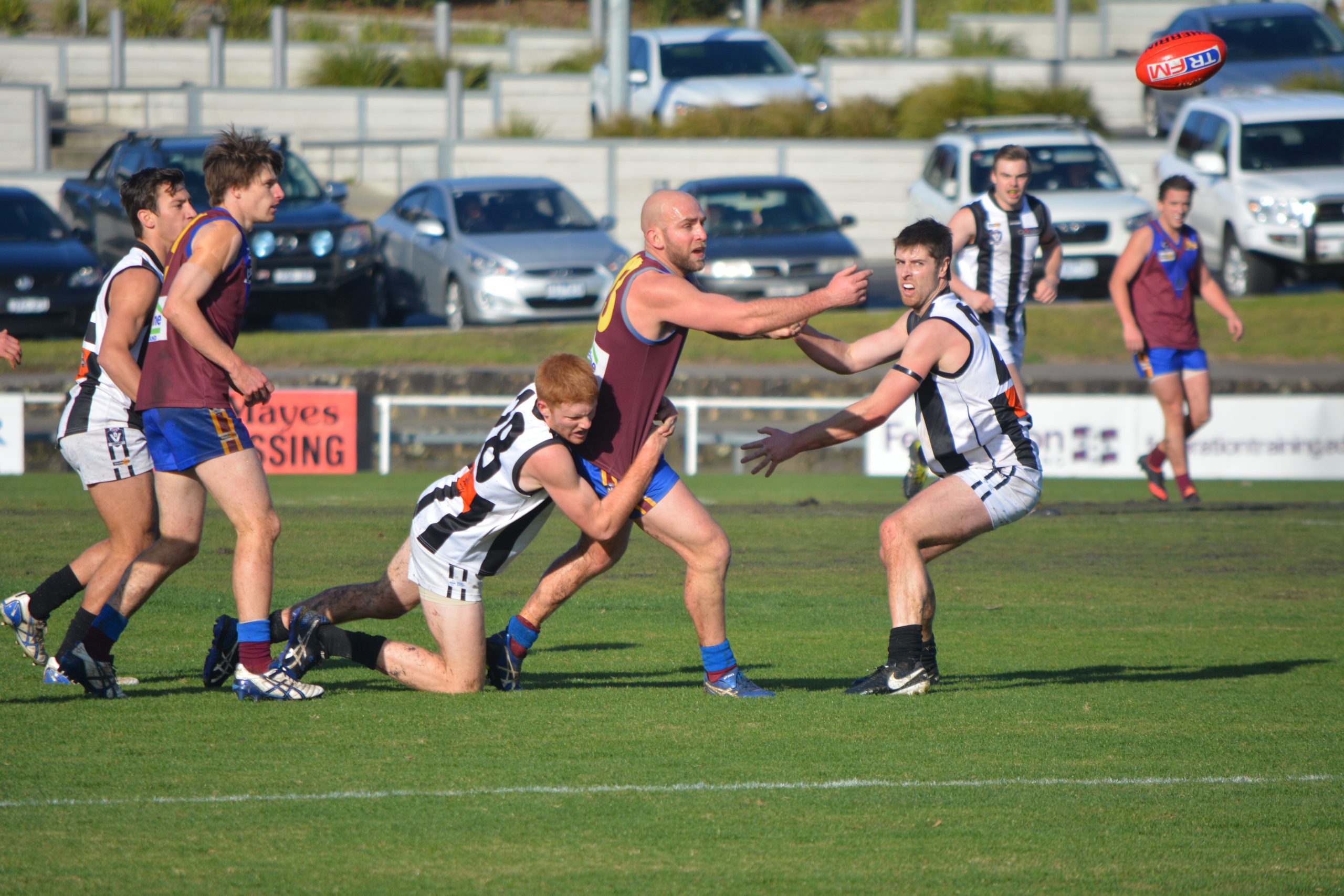 In contrast to recent games, the Magpies got plenty of the ball inside their 50 meter arc, but had trouble making an impact on the scoreboard.

The Lions led during the first half by smallish margins in what appeared to be an even contest played in the slippery conditions.

Sale had no answer to the midfield dominance of James Blaser and Bryce Collings who were effective, setting up Moe forwards Darnell Grech (five goals) and Karl Mutke (three).

Sale fought back in the second half to reduce the Lions lead to nine points before injuries began to take their toll on their players. From midway through the quarter, Magpie players began going down like ninepins, leaving them with only 17 fit players to fight out most of the final term.

Consequently, the Lions’ pressure became too much for the Magpies to withstand game over.

Sale’s best, Luke Ronchi, had numerous possessions and was cool under pressure repelling many Moe attacks.

Magpies forwards Will Stephenson (four goals) and Brad Dessent (three until injured), kept the visitors in the contest for three quarters.

The biggest blow for Sale was the loss during the third quarter of Jack Lipman, who had been dominating the ruck work. That allowed big man Col Sanbrook to become an influential player for Moe in the final quarter.

Magpies Chris Laverty and Jordan Dessent were not frightened to put their bodies on the line in the desperate contest.

With only two wins this season from nine rounds, some Sale supporters may die wondering where the next win will come from.

LADDER leader Leongatha had its narrowed victory since round one, winning at Drouin by 37 points.

Two unanswered goals in the final term gave the Hawks some respectability.

WONTHAGGI came from 16 points down at the final change to defeat Bairnsdale by 11.