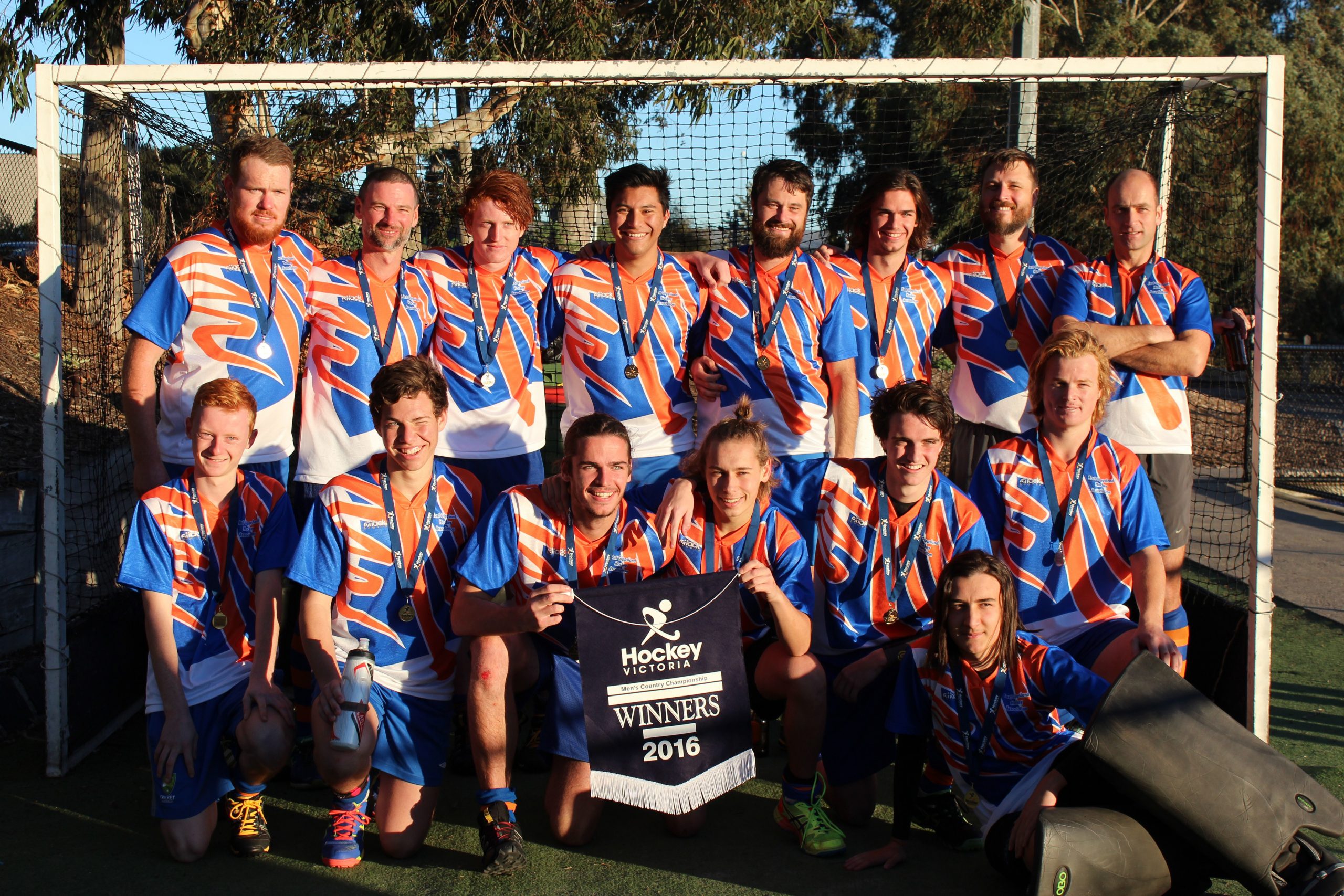 EGHA won the division two men’s and women’s B2 championships.

AT Hawthorn, the EGHA men were undefeated in their seven games through the tournament.

The Road Runners had an early start on Saturday, 8am, against Warrnambool and although having they had the majority the play, had to come from behind to secure a 2-1 victory. Conceding a late goal against Portland resulted in a 1-1 draw before finishing the first day with a hard fought 3-2 over a young fast running Sunraysia.

Facing North Central in another early start, East Gippsland had to overcome heavy legs before coming away with a 3-1 win to secure a place in the final.

The Road Runners finished Sunday with a 7-1 victory over local rival Latrobe Valley, which was previously undefeated.

East Gippsland got off to a good start, scoring two goals in the first 10 minutes, putting Latrobe on the back foot as its defence had held up strong against other teams.

Latrobe rallied hard with some strong ball movement through the midfield, but with Jack Parwatta, Matt Cunningham and Mat Benfield in the back line, and quick turnover movement by Scot Smith, Ry Mutimer, Ross Mckenzie and Nathan White, East Gippsland had taken its lead to 4-0 by half-time.

Latrobe get a score on the board in the second half, but couldn’t add to it with East Gippsland goal keeper Chris Mason making some good save, while Mat Benfield again clearing the ball for East Gippsland to attack.

Having all but secured a finals berth, the team was able to use Sunday morning’s game to fine tune for the afternoon championship decider. East Gippsland finished its pool matches with a 2-2 draw with Wimmera to qualify for the final in second place behind Latrobe Valley.

Entering the final against Latrobe full of confidence following their meeting the day before, East Gippsland made many attacks into the opposition defence. Solid defence from both teams meant East Gippsland entered the second half with only a 1-0 lead following a well-finished goal by Bairnsdale’s Ry Mutimer. Gippsland Bulls representative Matthew Lubberink was able to covert a penalty before the game was finished off by some fast and effective passes in the midfield with Zac Coulton, and Riley and Darcy Simpson, which allowed Mark Benfield and Scot Smith to score goals.

Although Latrobe tried to challenge East Gippsland, a strong defence, quick turnovers and the forward press was too much for Latrobe to counter, giving East Gippsland a solid 4-0 victory.

THE women’s event was played at Geelong, with EGHA sending two teams.

With 19 players to spread across two teams, the EGHA coaches and team managers decided all players would play across both divisions.

Maffra players Jo and Adele O’Doherty, and Caitlyn Frisina were part of the East Gippsland squad.

After finishing the second day on top in division B2, the Road Runners had an early 8am semi-final against Maryborough, which they won 3-1.

After a weekend of tough competition, the final went down to the wire.

Up until the final two minutes of regulation time, the teams were level at 1-1 before Portland scored its second goal. From the centre pass, the Road Runners got the ball to their end, and with a side line free pass and a successful cross to the pads, they levelled the scored with seconds to spare.

The match was decided by penalty shuttles, Adele O’Doherty scoring the winning goal in sudden death, supported by an awesome save by goal keeper Natasha Blacksaw.

East Gippsland finished on the bottom of the division A ladder, before losing the A2 semi-final to Western Victoria 6-0.

AFTER a weekend off the championships, the regular EGHA competition resumes on Saturday.

Wellington will host Bairnsdale in all grades, except the under 13s.

Sale will have the bye in the open, women’s and under 18s, but travel to Orbost for the under 15s and 13s.

Swan Reach and Nagle will meet in all grades.

Maffra will have the bye in all grades.