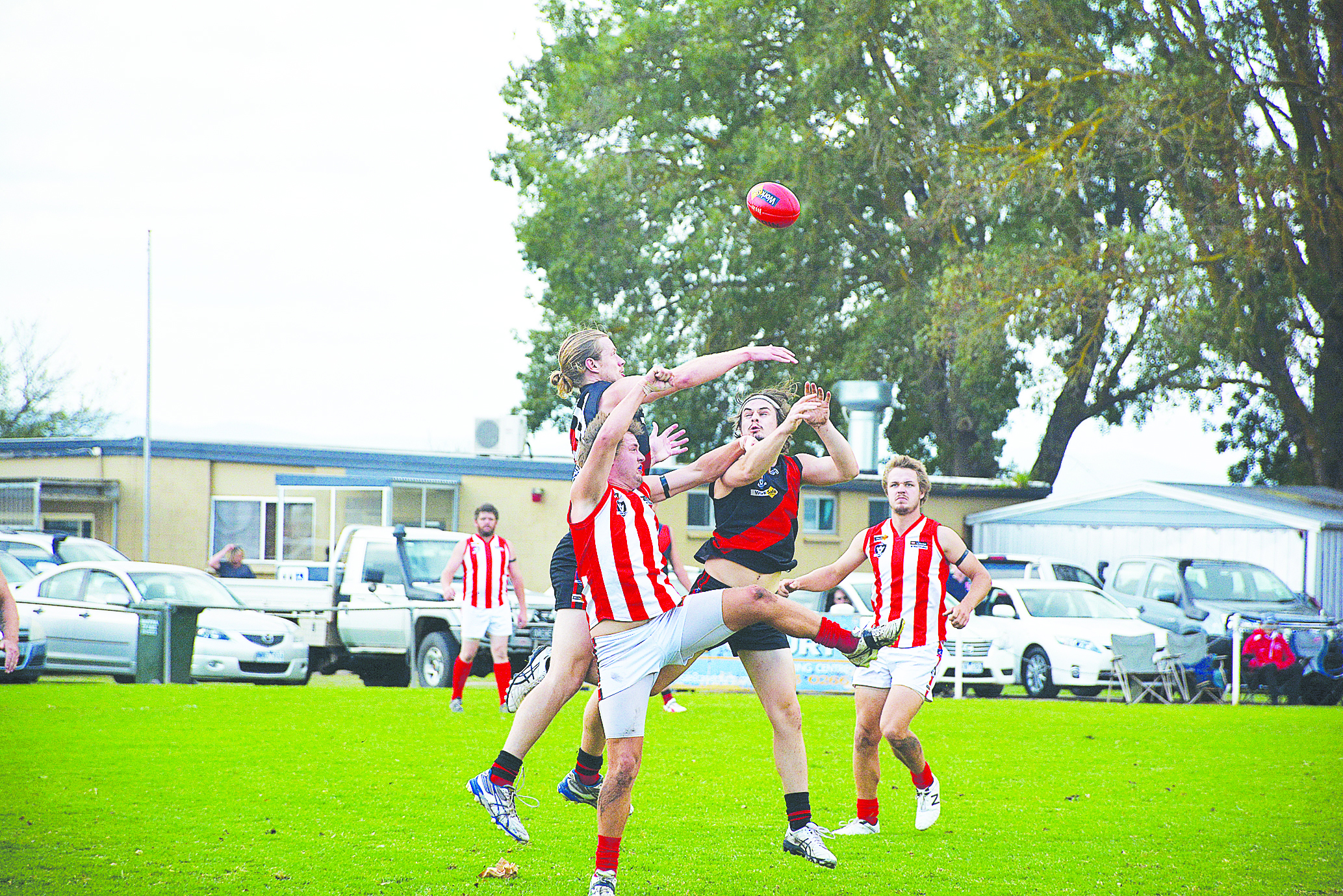 Stratford will host Wy Yung, Boisdale-Briagolong will head to Lindenow, Orbost-Snowy Rovers will take on Lakes Entrance, and Lucknow and Paynesville will clash.

BOISDALE-BRIAGOLONG’s second season in the East Gippsland league has been successful so far, and coach John Tyquin is keen to keep pushing.

“We’re getting to know a bit more about the opposition,” he said.

“It’s pretty even between four or five clubs.”

The Bombers have had several injuries, but are still sitting just outside the top four on percentage.

“It’s close, the other three positions (on the ladder) could go anywhere,” Tyquin said.

The Bombers came within five points of defeating the near-indomitable Lindenow team at home in round three.

“When we get our A team together, we’re hard to beat,” Tyquin said.

An incident in round seven against Wy Yung led to the game being called off, but the team bounced back with a win over Stratford and a strong performance against Paynesville.

The focus is now on breaking back into the top four, and ensuring the team stays there.

“Someone’s going to miss out, and we hope its not us,” Tyquin said.

THE young team at STRATFORD has shrugged off injuries and lost teeth to continue its 2016 season.

While sitting winless at the bottom of the ladder, the Swans can be optimistic about their future.

Several of their younger players have impressed, most notably Lachy Schilg, who kicked two goals after losing his aforementioned tooth. Rylee Jenkins and Jack Rietschel have also done well, fighting hard despite the odds.

Another young gun, Alec Munro, unfortunately broke his leg in the previous round.

Stratford is in a rebuilding phase after finishing the last home-and-away season in second spot, and while the season so far has been bleak, the Swans’ improving players will give them something to look forward to in seasons to come.

THE best is yet to come for ladder-leaders LINDENOW, according to coach Kane Ashwood.

“There’s still a lot of room for improvement,” he said.

“We’re not playing our best footy yet.”

The Cats have faced several injuries this season, but only dropped a single game, against Lakes Entrance in round seven.

“The margins show we’re not blowing them away yet,” he said.

“We’re happy we’re eight one, there’s a bit of a buzz at the club, but we’re still taking it a week at a time.”

Ashwood is hoping the players will strengthen up before finals, as more small tweaks are made.

Lindenow also hosted former Carlton and Brisbane champion Brendan Fevola for the third year in a row for its match against Stratford.

“It was a good day and night, he’s a good bloke,” Ashwood said.

“The boys love having him and he loves a bit of banter.”

LUCKNOW coach Rhys Robinson is confident heading into the second half of the season.

Despite a strong start, the Magpies are sitting just underneath the top four.

They have one of the better percentages in the league, which attests to how close their recent games have been.

“Our fitness and conditioning’s pretty good. The speed, run and carry’s pretty good too, but the other clubs have caught on.”

The Magpies also boast the league’s top goal kicker, with Shaun Ryan in front of Paynesville’s Mathew Davidson on 29 goals for the season.

Robinson hoped a few more player clearances would come through before the end of June, to boost the club’s chances.

Robinson was disappointed at how close the past few games had been.

“It’s just a few lapses of concentration during games,” he said.

The focus has been on consistency, and closing the gap between the best and worst players.

“We’ve won three games so far, and at the start of the year we thought just getting one game was good,” he said.

Waddell said the way the team was improving each week was excellent.

“We’ve got goals internally, we change them as we hit them, so as long as we keep hitting them, that’s good,” he said.

Injuries have hampered efforts, but Waddell said last round was the first game with only one change to the list.

“We know our best is good enough,” he said.

“We can keep building to get our best side on the park.”

THIRD-placed LAKES ENTRANCE is tracking well, and coach Nathan Pegler reckons the team will get stronger after the break.

“We’ve been cursed with a lot of injuries, but we’ve still snuck some wins in,” he said.

“There should be a few (players) coming back after the long weekend.

“Once we get the full side back, we’ll be real competitive.”

The Seagulls have been giving plenty of their under 18s a run, and they’ve acquitted themselves well, Pegler said.

Running a new game plan this year, Pegler admitted that it was still getting some tweaks, but was confident for the season ahead.

“When we play the footy we want to play, we’re pretty competitive.”

PAYNESVILLE coach Darren Martin said the Gulls were standing up well in a pretty even competition, and were lucky to avoid many serious injuries.

“We’re second on the ladder, and we think the second half will be better,” he said.

“If I can get the guys up and about they’re hard to beat.”

Martin credited his midfield, which he described as very strong.

“That’s telling more and more every week, there’s good contributions from players like Shane Jamieson and Damien Ashcroft,” he said.

The Gulls have a very strong percentage, after crushing 60 point wins over Stratford and closest rivals Lakes Entrance.

“We’re a scary team when we get going, and the best is yet to come,” Martin said.

WY YUNG’S season has been mixed, but the Tigers are still sitting in the top four with a good percentage.

Last year’s premier, which defeated Lindenow in a close grand final, has had trouble taking down the top teams in this year’s competition.

Strong showings against Orbost and Stratford, as well as wins against Lucknow and Boisdale-Briagolong, have bolstered their percentage to the third best in the league.

The team will have to work hard to keep up in such a close competition and hit the finals again.