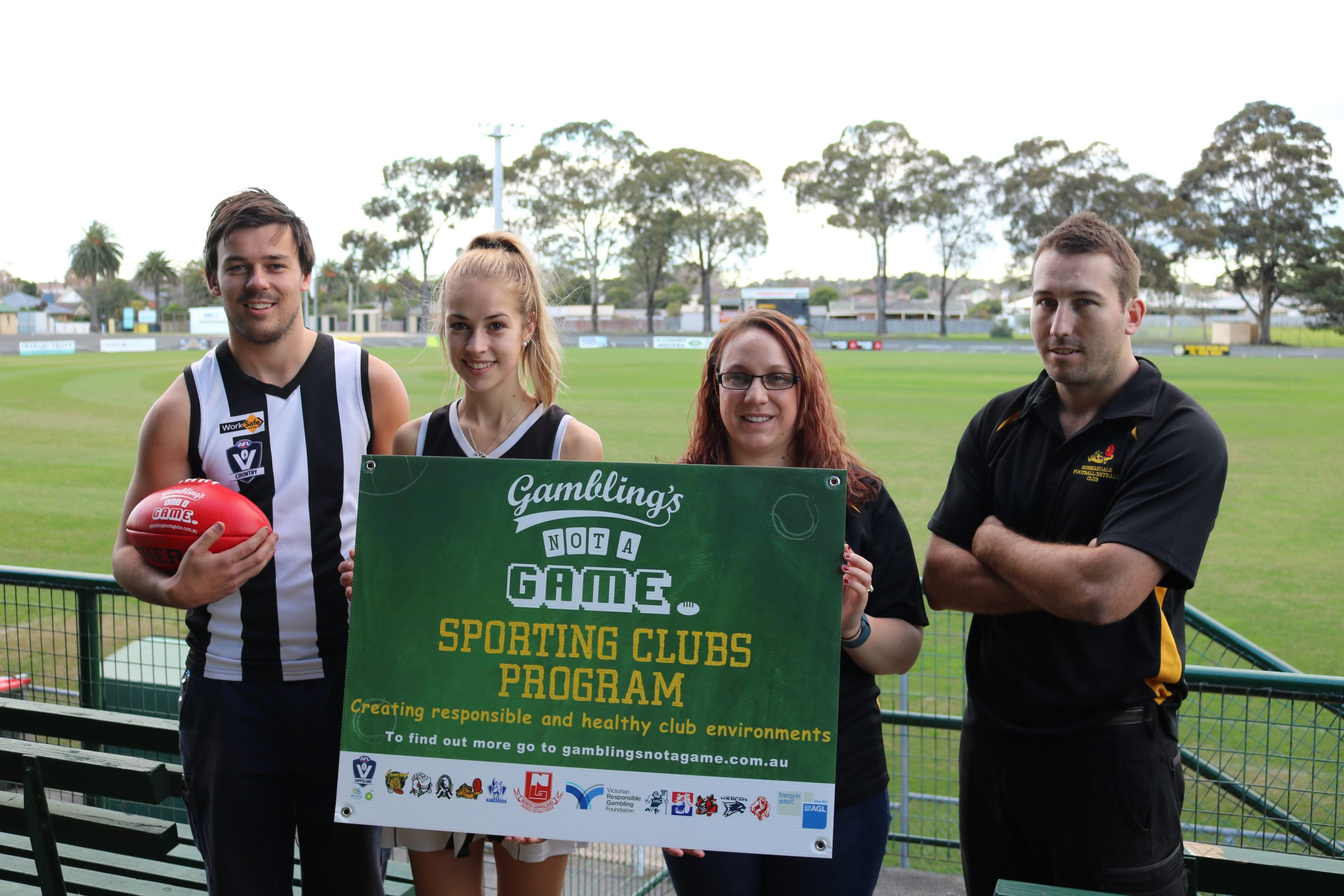 NORTH Gippsland Football-Netball League rivals Glengarry and Gormandale will shine a spotlight on problem gambling, when they battle for four points at Glengarry Recreation Reserve on Saturday.

Round 11 of the NGFNL has been dedicated to the Victorian Responsible Gambling Foundation’s “Gambling’s Not A Game” program and the importance of promoting a responsible gambling culture in community sporting clubs.

The contest at Glengarry also represents an opportunity for either side to strike a blow in the battle to avoid this year’s wooden spoon.

Their first meeting of the season in round two was a thriller, with Glengarry withholding a final quarter fightback to cling on to victory by four points.

Gormandale coach Daniel Domaille said that result gave his side plenty of motivation.

“It’s always a tough encounter against Glen and after the first game against them, we’ve got a bit to get back,” he said.

“(We go in) fairly confident. We started pretty well against Sale City (two weeks ago) and they’re the benchmark of the league.

“We’ve turned it up a little bit at training and we’ll be sticking to the game plan and hopefully it’s enough to roll them.

“It’s always a physical match but always played in good spirits and I’m sure this one will be no different.”

The Tigers welcome back ruckman Justin Fulton from injury, but will need to address a leaky defence which has conceded an average of 24 goals per game.

“We’ve been struggling with a few injuries through the year and there’s no issue scoring goals, it’s just our game is all out attack and we’ve tried to put it in place now to be more defensive in the last half of the year,” Domaille said.

“It’s mainly defensive running, we’ve got a pretty quick midfield, the boys do all the hard work getting it forward, then it’s all about when it turns around we’ve just got to really push hard to get back and help out the back men.”

Magpies coach Chris Day has been battling a similar problem, but he said continuity was proving beneficial.

“We’ve kept an even bunch of guys together so we’ll be similar to when we beat them the first time,” he said.

“The week off came at a good time. We haven’t really got anyone back, but we had guys that were 70 to 80 per cent fit that are fresher and fitter than they were two weeks ago.

“We’re wary of Gormandale’s ability to score, so our focus is on containing them and we’re confident we can kick a score.”

Ruckman Jonathon Bell is still serving a suspension, but the addition of midfielder-forward Hayden Britten has provided another avenue to goal in recent weeks.

Without an under 18 game, Glengarry will continue to blood the likes of Ben Britten, Justin Little, Tahi Davidson and Jake Frith at senior level.

Day said his young side had shown some good signs throughout the season and the message to his players this weekend would be simply to “reward yourselves with a win”.

In other round 11 games, Rosedale and Yarram continue their fight for a top five finish, as do Heyfield and Churchill, while Sale City hosts Traralgon-Tyers United and Woodside faces Cowwarr.